Menu
Shaikha Al Qassemi has been a champion of both CrossFit and women’s fitness for several years, working with brands like Red Bull and Lululemon to encourage Emiratis and other UAE residents to exercise more.  Having become one of the UAE fitness industry’s most familiar faces, her announcement in September that she was moving to Spain came as a great surprise to friends, family and followers alike.   Leaving behind the popular ladies-only Platform Fitness Gym in... 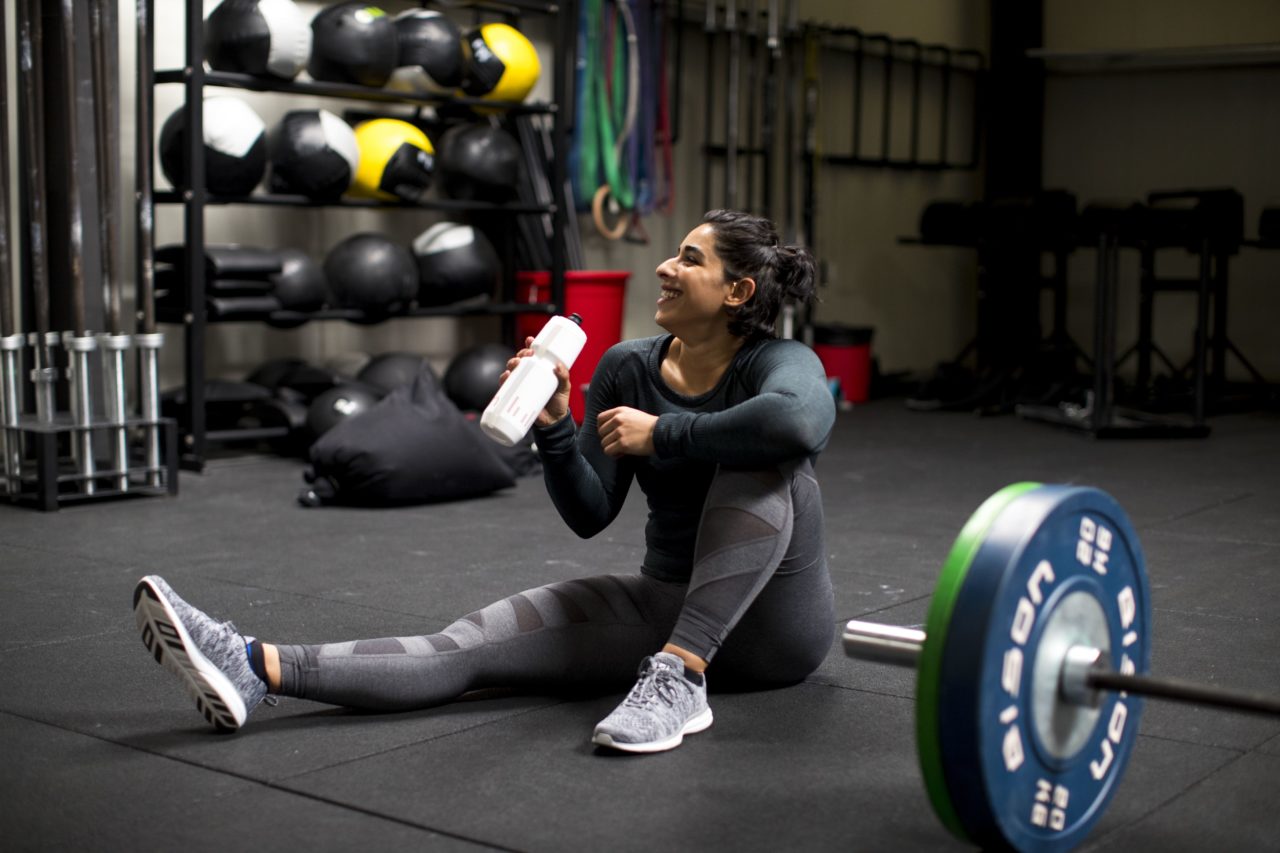 Shaikha Al Qassemi has been a champion of both CrossFit and women’s fitness for several years, working with brands like Red Bull and Lululemon to encourage Emiratis and other UAE residents to exercise more.

Having become one of the UAE fitness industry’s most familiar faces, her announcement in September that she was moving to Spain came as a great surprise to friends, family and followers alike.

Leaving behind the popular ladies-only Platform Fitness Gym in Nad al Hamar, which she opened in 2016, Shaikha has left the UAE for the island of Mallorca in order to pursue a long-held ambition: to compete in the CrossFit Games.

It was a decision she agonized over for many months but after years of focusing on developing the local fitness community, the time was finally right to turn the spotlight back on to her own goals.

“I remember speaking at Dubai Shero Summit, which we held at Platform back in May, and I was talking about empowering women,” Shaikha tells livehealthy.ae. “Inside though, I was laughing at myself because I was telling people to live their lives but was holding myself back from actually living my own life. It made me feel very vulnerable.

“Since January I had been thinking it was time to leave and then in June, during Ramadan, I made my final decision. I had been meeting with a life coach and she was the fuel that kicked me into gear. It was like she peeled off all my layers, reached into me and pulled out the real me.

“She made me remember that I’ve always felt like a phoenix when I train, like I have this power. In the summer I felt the fire burning more brightly than ever and there was just this growing certainty that I wasn’t afraid of taking control anymore.”

The UAE may be a nation of many expatriate residents, but instances of Emirati emigration are rare. For an Emirati woman to depart, solo, is rarer still.

“I’m from a culture where my parents expect me to be a certain way, as would friends, co-workers, a future husband or relationship – whoever,” Shaikha explains. “I spent my life always asking for permission, but when you do that you are giving the other person the option to say ‘no’; this time I just went ahead and did it. I organized where to work, where to train, where to live, and booked my plane tickets.

“Many of my friends were shocked. They were saying, ‘How can you go alone and live alone? What about your parents? What about your family?’ I had to sit my mum down and explain the situation. How I love competing, how I want to make it to the CrossFit Games and how I didn’t feel I could do that from the UAE.

“I told her I’d already bought my ticket and she just nodded. Then I told my brother and he said, ‘Just do what makes you happy.’ My siblings are very supportive.”

The stresses and strains of owning a gym, as well as being increasingly in demand for media interviews at home and abroad, meant that training had taken a back seat for Shaikha. She hopes a clean break from UAE life will help her achieve her fitness ambitions.

“There have been a lot of strings pulling me in different directions and it has meant that I’ve lacked the focus needed to compete successfully at CrossFit. You cannot do it in a place where your environment is uncontrollable.

“Coaching is fun but owning a gym has been way too much for me. The accounts, the paperwork, municipality, administration –  it was just draining. I’ve had 10 years of commuting from Sharjah to Dubai and that in itself takes its toll; I’m definitely ready to not own a car anymore.

CrossFit has been a part of Shaikha’s life since 2013, when she was introduced to it by a friend. Her initial skepticism was quickly dispelled and she hasn’t looked back.

“When I first Googled CrossFit, it came up with ‘back injury’ and ‘knee injury.’ I think a lot of people have this initial impression and feel worried. Then I saw the pictures of CrossFit athletes like Camille Leblanc-Bazinet and Annie Thorisdottir and I was like, ‘Whoa, that’s why God gave me shoulders.’

“I really love that the community is so varied. There are 70-year-olds that do it and 15-year-olds. It doesn’t matter what your race is or your religion – everyone is in it together. No politics, no drama. Just CrossFit.”

Despite being quickly welcomed into the CrossFit community, Shaikha’s foray into the sport was not universally well-received. An active social media user with more than 26,000 Instagram followers, she has found online criticism all too common.

“It’s no exaggeration to say that I deal with it every day,” she says. “People say it’s wrong or it’s ‘shameful’ because I’m from a certain family. They say it’s shameful because I’m an Arab woman and I shouldn’t be dressed a certain way or act a certain way.

“As far as I’m concerned, the people who have a problem do so because of their own insecurities. Generally if anybody says anything that’s really offensive, I delete it. But if I can engage with someone I will. Someone once said ‘How can you be a woman and lift weights?’ I replied jokingly ‘How can you be a man and not?’

“All in all, I get more positive than negative. It’s also good to educate people because a lot of people in the world still think that we’re very backward. I think there is this misconception about what Arab women can do or what their limitations are in terms of culture and tradition, especially religion. I want to change that.”

Her social media followers will now have to observe her life from further afield as Shaikha Al Qassemi has her sights firmly fixed on the end goal of competing 2021 CrossFit Games. A gruelling training schedule awaits in Mallorca, but she is primed for the challenge.

“You never know where life will take you,” she says. “When I was younger I wanted to be a lawyer and now I’m a CrossFit athlete. I don’t know whether I will be in Spain for one year or five, but I know that this is the right choice. Training and competing is what I love.”

How to navigate physio and heal after an injury