Menu
Teens who snack and stare at screens are at greater risk for metabolic syndrome, which increases their chance of stroke, heart disease and diabetes. 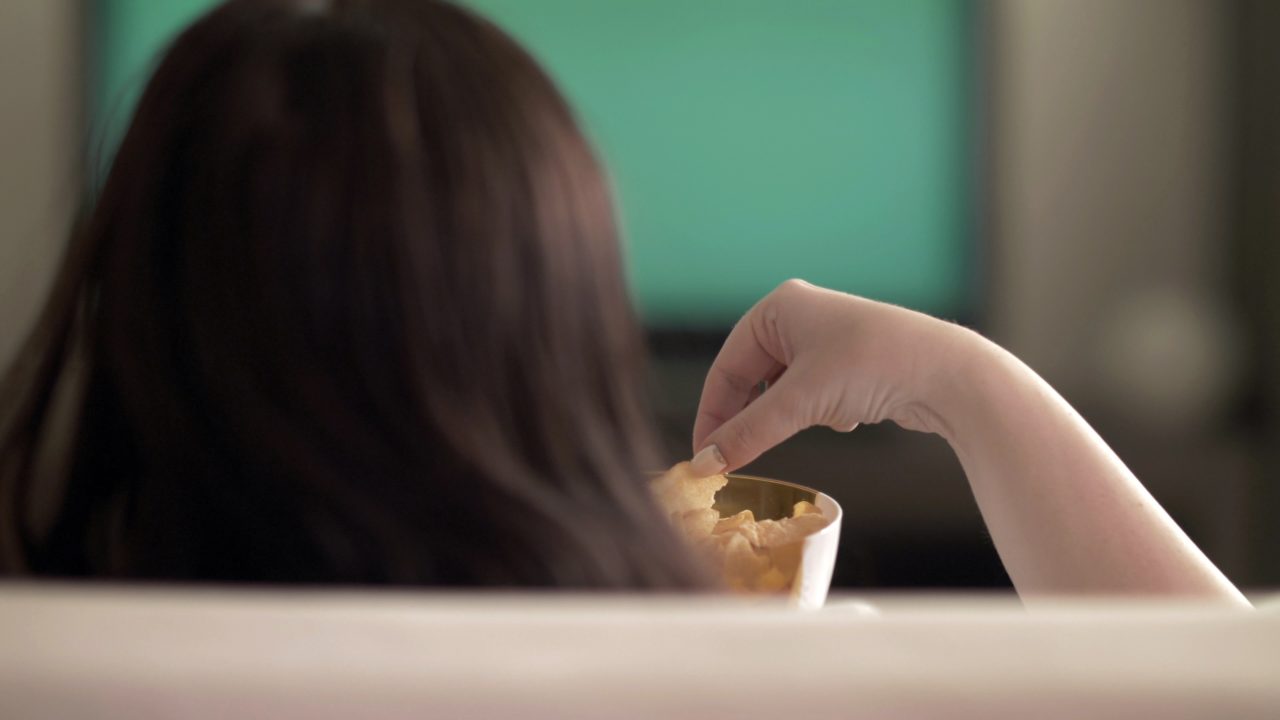 Two of modern life’s most unhealthy habits are among the biggest activities for teens the world over. But according to research that will be presented today at an annual meeting of the American Endocrine Society in New Orleans, teens who spend hours every day staring at screens while eating fatty, sugary snacks are increasing their risk for a variety of medical issues — known together as metabolic syndrome — that boost the risk of stroke, heart disease and diabetes.

The prescription, according to the study’s lead researcher, Brazilian Beatriz Schaan of the Universidade Federal do Rio Grande do Sul in Porto Alegre: limit screen time and avoid snacking. And if you can’t limit both, tackle the food first to reduce the risk.

“As we live surrounded by screens, especially young people, sometimes it is not feasible to eliminate or reduce screen time,” Schaan said. “In these cases, avoiding snack consumption may be easier. Beyond reducing screen time, interventions aiming to reduce snacking in front of screens among youth should be evaluated.” About 5 percent of children in the US have metabolic syndrome, which involves a cluster of factors including excess body fat, high blood pressure, blood sugar, cholesterol and triglyceride levels.

Research has produced varying estimates of rates in the UAE, ranging from 3.7 percent up to 13 percent. A study published in a 2013 issue of Plos One and conducted across 1,018 Emirati children ages 12 to 18 at schools in Al Ain, found that 13 percent had metabolic syndrome according to criteria from the International Diabetes Federation. The prevalence was higher in boys and rose in both boys and girls when they were overweight, obese or spent more than two hours on screens a day.

A smaller study on adolescents across 14 schools in Dubai, published in BMC Public Health last November, examined 596 students aged 10 to 16 and found the rate of metabolic syndrome to be 3.7 percent. The rates were higher in boys and the obese.

And a study published in the July 2016 issue of Plos One called the issue of metabolic syndrome “a growing problem,” this time among females. This study examined 555 college age students at UAE University and found that 6.8 percent had developed metabolic syndrome by the time they hit college. The problem was more profound for the obese and overweight; screen time was not mentioned.

The latest research was conducted in Brazil and is far more wide-ranging. The Study on Cardiovascular Risks in Adolescents took data from 33,900 teens ages 12 to 17, finding that 2.5 percent had developed metabolic syndrome.

Half the teens were sedentary and most — 85 percent — reported snacking in front of the TV. Some 64 percent snacked while using their computer or playing video games.

Those who reported more than six hours a day of screen time were 71 percent more likely to have developed metabolic syndrome – a heightened risk only observed in those who also said they usually ate at the same time.

Among those who snacked, the risk for metabolic syndrome rose with along with their screen time.

Despite government efforts, the number of new mothers breastfeeding in the UAE hasn't budged