Menu
As six women receive awards for their achievements, the numbers of women aspiring to enter careers in science and technology is growing faster in the GCC than in the West. 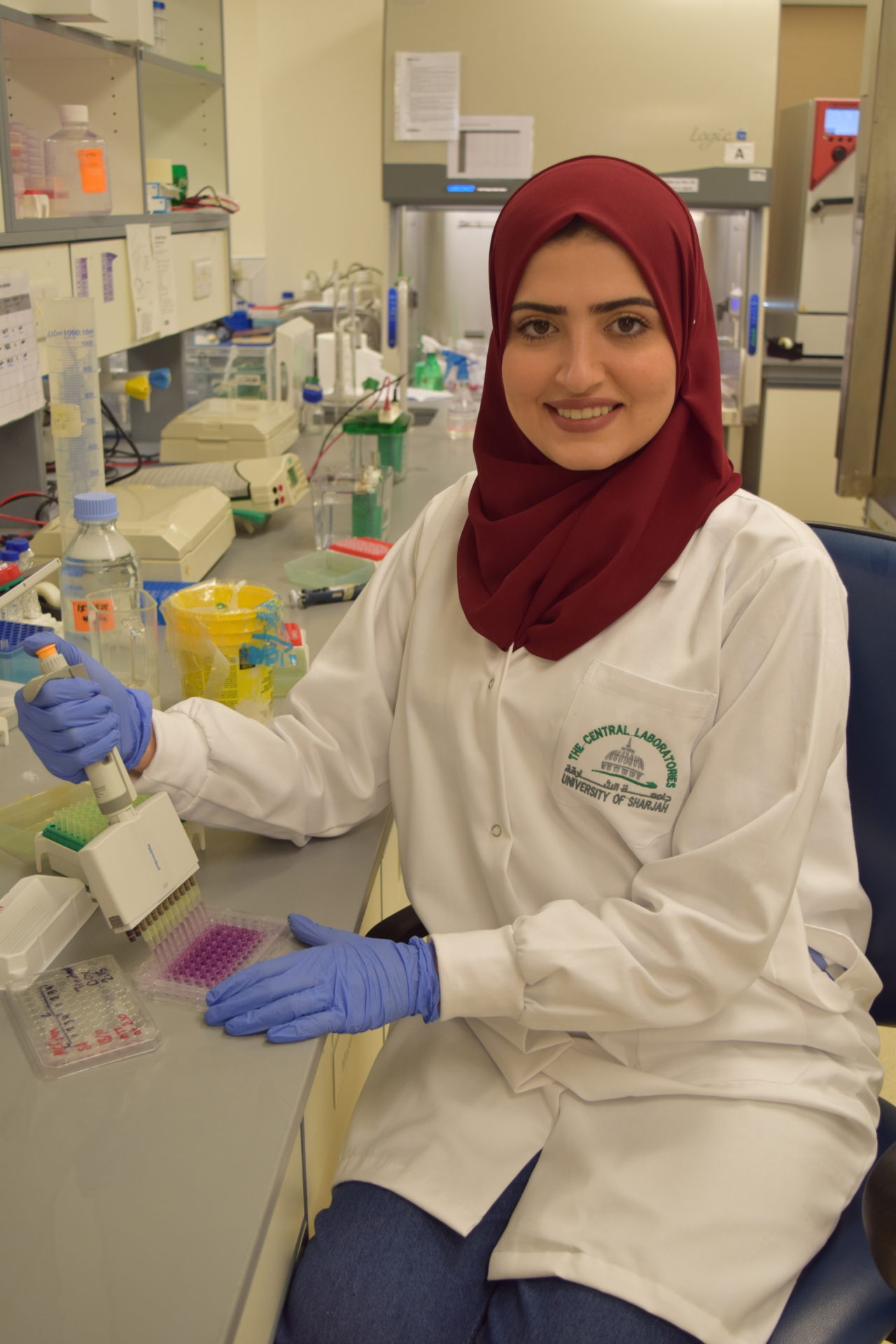 Six young women from the GCC have won a prestigious award for their research in the fields of science, technology, engineering and mathematics, or STEM.

The winners of the L’Oreal-Unesco Women in Science Young Talents Program for the Middle East were announced in a webinar on Wednesday, November 24.

Dr Maryam Tariq Khaleel Alhashmi from the UAE, Dr Lama Abdullah AlAbdi from Saudi Arabia and Dr Isra Yousef Marei from Qatar each receive a grant of 20,000 euros (Dh87,286) in the post-doctoral researchers category, while Dana Mazen Zaher and Mina Rabeea Abdulmohsin Al Ani, both from the UAE, and Asrar Nabil Damdam from Saudi Arabia each receive 8,000 euros (Dh34,914) in the PhD students category.

• Zaher’s work is on metabolic reprogramming in relation to the sensitivity of breast cancer to chemotherapy and immunotherapy.

• Al Ani is working with mice and the drug Herceptin in treating experimental autoimmune enchephalomyelitis, a foundation for multiple sclerosis.

• Dr Alhashmi is working on engineering catalytic materials for the sustainable production of chemicals.

• Dr AlAbdi is working on regulation of genes in relation to vision loss.

• Dr Marei is working on 3D vascular drug screening based on endothelial cells, the single-cell layer that lines all blood vessels and regulates exchanges to the surrounding tissues.

• Damdam is working on the design and fabrication of a heart assistive device called a heart sleeve.

The regional awards – conducted in partnership with Khalifa University – are part of a global initiative that has recognized more than 3,400 researchers over the last 21 years. This is the seventh year that female scientists from the GCC have been singled out for their achievements in revolutionary research in the fields of life sciences, physical sciences, mathematics and computer science.

Of the 112 women so far honored at the international level by the L’Oreal-Unesco Women in Science Awards, five have gone on to become Nobel laureates, including Emmanuelle Charpentier and Jennifer Doudna, joint recipients of the 2020 Nobel Prize for chemistry.

And it seems that nowhere is the number of women scientists growing faster than right here in the Gulf region.

“The increase in representation of women in science over the past decade is a testament to the changing perspective of society and remarkable progress for the Arab community,” said Sarah bint Yousef Al Amiri, the UAE Minister of State for Advanced Technology, who endorsed the awards.

According to Unesco, between 34 and 57 percent of STEM graduates in the Arab world are women – a far larger proportion than in Europe or the US. In the UAE, women make up 61 percent of students. In Saudi Arabia, the figure is 38 percent, in Bahrain 55 percent and in Oman it is an impressive 71 percent.

But when it comes to actually using their knowledge in the workplace, the number of women scientists drops dramatically. According to Unesco data, only eight percent of women are working in the fields of engineering and manufacturing and a mere five percent in natural sciences.

The reasons for this glaring gender gap were among the topics discussed in the webinar by three eminent female scientists: Dr Habiba AlSafar, director of biotechnology at Khalifa University, Abu Dhabi; Dr Maha Al Mozaini, clinical researcher in infectious diseases at  Saudi Arabia’s King Faisal Specialist Hospital and Research Centre, lecturer at King Saud University in Saudi Arabia, founder of the country’s first HIV/AIDS laboratory and herself a recipient of the L’Oreal-Unesco award in 2015; and Dr Saba Al Heialy, assistant professor of immunology at Mohammed bin Rashid University in Dubai and an award recipient in 2017.

All three are currently involved in research related to the Covid-19 pandemic.

Dr Al Heialy’s research has led her to study how obesity – a well-documented, common problem in the UAE – affects the immune system. She discovered that obese patients had a higher level of the ACE2 receptor, which the virus uses to enter the lungs.

“In the early days of the pandemic, obese people didn’t do as well,” she said. “Obesity affects the pathways [for the virus], so obese people are at increased risk.”

However, losing weight can reverse the complicating effect of obesity on the virus. “Weight loss can turn the ACE2 back to normal,” she said.

Dr AlSafar is studying the genetic factors that make a person susceptible to the disease and how they affect its severity.

“We sequence the entire genome of the virus, what mutations are to be found in the UAE, how many strains have entered the UAE and we are identifying how the virus is transmitted – from which places,  what kind of jobs are involved,” she explains. “We are identifying why some people have mild or moderate symptoms and some severe. What kind of lifestyle do those who did not get infected in the last eight months lead?”

Tests conducted by Dr AlSafar also reveal that people who exercise and eat a high-fiber diet have a lower viral load, meaning they recover faster. She and her team are also researching how the virus is transmitted from animals to humans.

Over in Saudi Arabia, Dr Maha Al Mozaini’s research is focused on identifying biomarkers for the virus –the indicators that can predict diagnosis and the severity of the infection.

“So far we have found six possible markers that can predict Covid outcome, although it still needs to validated,” she says.

Dr Al Mozaini and her team, which is 90 percent female, have developed a test that she says is “fast and very reliable and uses common reagents that are affordable even for poor countries.”

All three women acknowledged the importance of mentoring aspiring young scientists, and Dr AlSafar said the pandemic had actually increased the number of young women and girls who want to work in scientific fields.

“Since Covid there have been many more requests from females wanting to get into science,” she said. “In my lab, we have only one man. The situation is the opposite to what it is in the West.”

Early exposure to science is key, said Dr Al Mozaini. Her own passion for science was sparked by a particularly inspiring teacher in junior high school. But women need more, she added, because they also have to balance work with family life and raising children, and that requires encouragement and support from the very top.

“Here in Saudi Arabia we do have the support system in the form of college scholarships but we also need to have the best child care system within the work environment,” she said.

As the daughter of two scientist – her father a researcher, her mother a dentist – Dr Al Heialy’s first mentors came from within her own family. “I was born into it,” she said. “I am the eldest of four girls and my dad always pushed us to pursue whatever career we wanted. I never heard the words ‘You can’t do that because you’re a girl.’”

As with Dr Al Mozaini, Dr AlSafar’s found her first mentor at high school; her physics teacher was a woman.

“We need more programs to support women in science, especially at that high school stage. That age group is very curious, they ask a lot of questions. If we can catch their attention, that will shape their future in getting into STEM fields and the stereotypes of men-only scientists can be eliminated.” 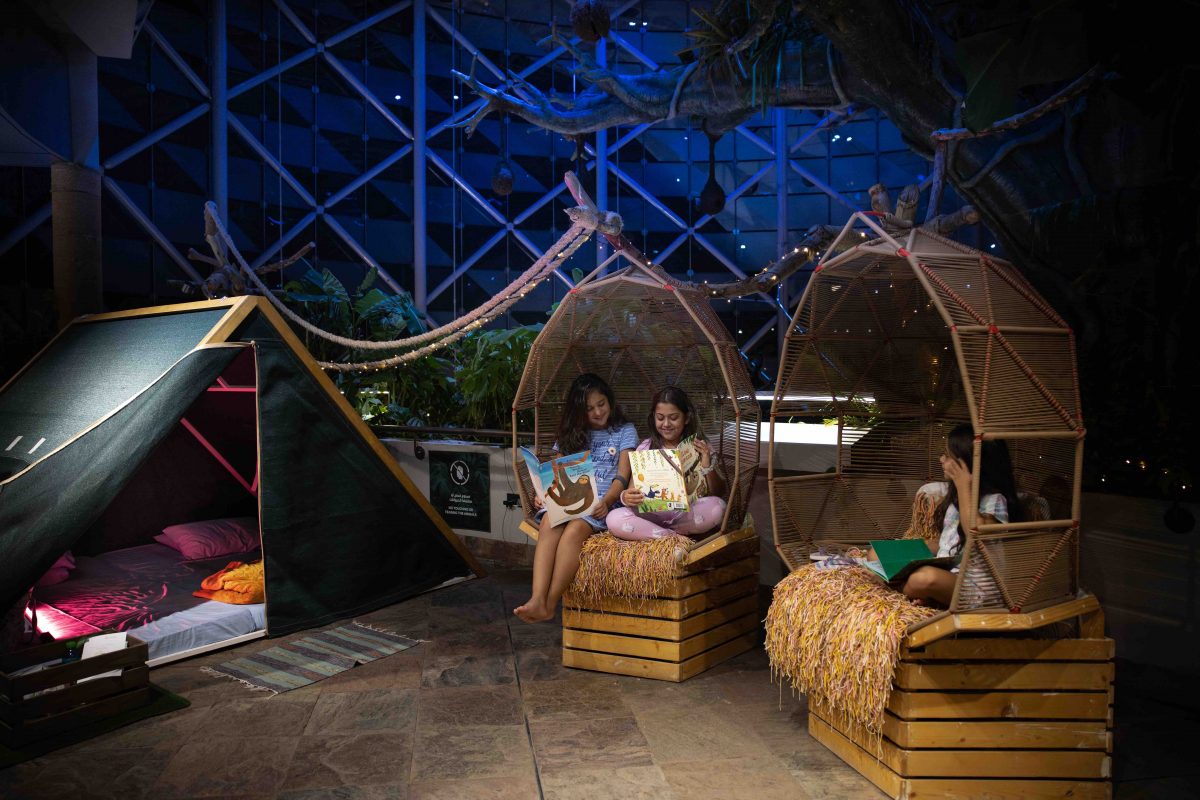