Menu
Sara Al Madani has been through a lot in her life, but she really took it on the chin when she signed up to be the only Emirati on the first edition of the Bravo reality television series The Real Housewives of Dubai (RHOD), which screens in the UAE on OSN+. But only a few episodes in, the 36-year-old, twice-divorced single mom from Ajman has set herself apart, not only as a mediator between the... 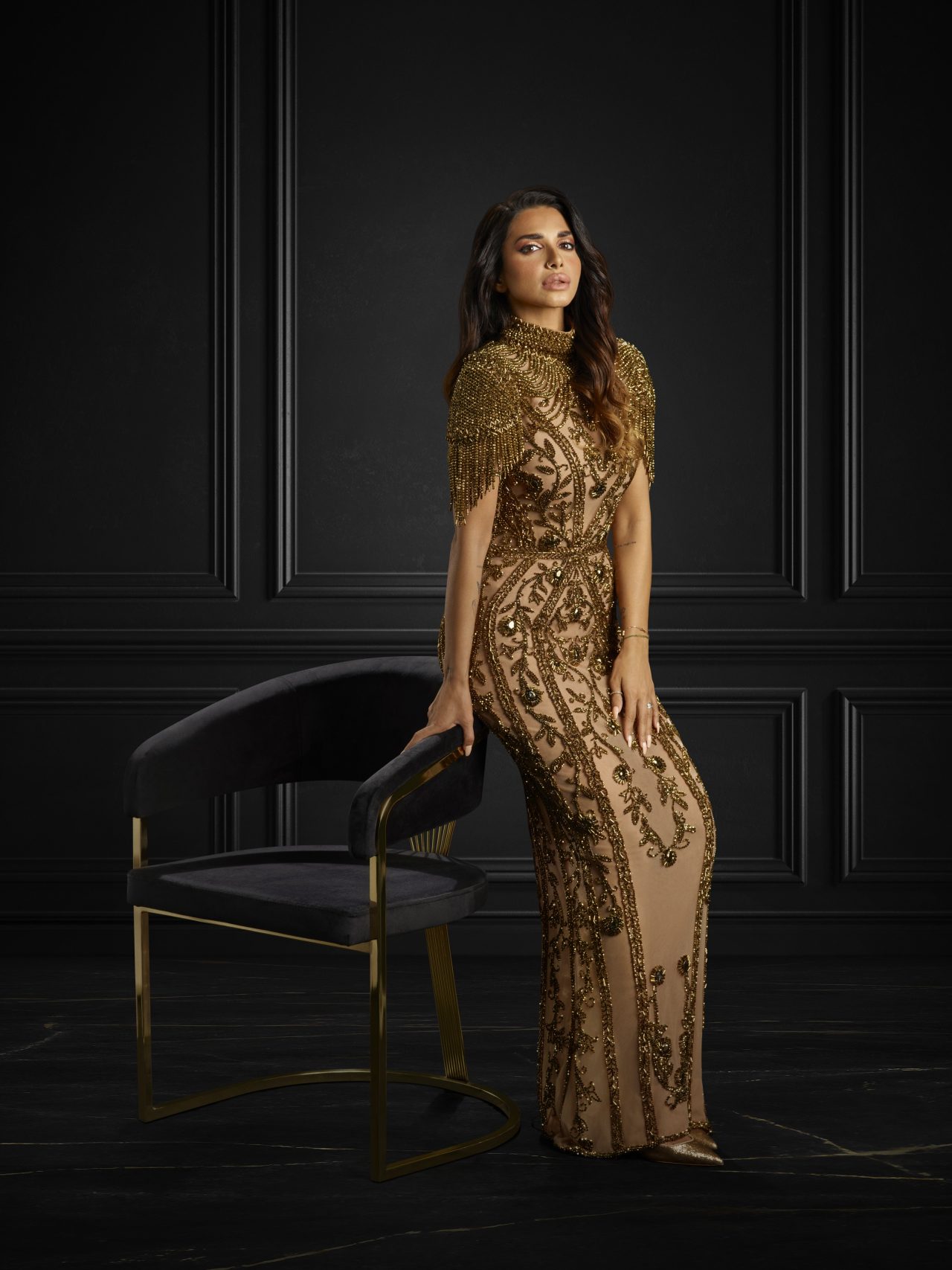 Sara Al Madani has been through a lot in her life, but she really took it on the chin when she signed up to be the only Emirati on the first edition of the Bravo reality television series The Real Housewives of Dubai (RHOD), which screens in the UAE on OSN+. But only a few episodes in, the 36-year-old, twice-divorced single mom from Ajman has set herself apart, not only as a mediator between the drama of the other women on the show, but as an authentic, decent person. Although she has launched multiple companies – including fashion, restaurants, health innovation and tech, and has been an entrepreneur since launching a fashion company at the age of 15 – she always has a lot more going on. Sara stops by the Livehealthy Podcast to talk about her life, her goals, her philosophy; why she signed up for the controversial show, how she’s bringing up her son Maktoum to be free of toxic masculinity, and why the most important person we can invest in is ourselves.

What made you want to do RHOD?

Three things. Number one is this is the biggest PR campaign I can give an Arab woman in the Western world to kill the stereotype they have about us, which is that we are submissives, we have no rights. We can’t live our dreams. It’s like hold on, that’s not true. Second reason definitely the exposure is good for personal branding. Third reason, it’s good for work. It opens doors, to networking to meeting new people and just, you know, taking your life on a different pathway that’s completely different than the one you’re on. So I love experiencing new things. I live for that, because you live once. So why not?

I’ve been saying this to people, the exposure in the way the show puts people into another level. None of us can possibly understand. So it’s easy for you to say ‘Oh, I wouldn’t go on it or whatever’. Because I so I’m curious just since it started, what have you seen in terms of like an elevation of your brand attention?

We what I love is we’re only two episodes in and already the people on social media are realizing my true character as a person, which means like I was authentically myself because if you ask me, ‘who are you?’ And then you asked me, what do people say about you behind your back, they match and when they match that means you’re being completely authentic, you know? So I’m so happy that I’m portraying myself the right way. And I wasn’t acting I was just being me. But at the same time, I had a lot of backlash being an Emirati being on such a show, you know what I mean? And the backlash was a bit strong, and there was no mercy in it towards me being the only Emirati cast on the show. But once the show came out, the first two episodes came out, a lot of people changed their minds. Like the same people who were attacking me. They were like, we’re sorry, we didn’t get the point. You know, I was like, thank God, this is good.

How did your family react?

My family raised me up to take my own decisions, you know, and they knew I was rebellious anyway, so they were like, no matter what influence we have on her, this girl will always make her own decision. So when I told them about it in the beginning, they were kind of worried about how the Arab world would would perceive it and the pressure it will put on me. But I’ve been I’ve been in the limelight since I was 15. So I keep telling them, ‘don’t worry my skin as thick as leather’. They had their reservations a little bit but at the end, they were like, ‘do whatever you want. This is your life. You know what you’re doing. We trust you’. You’re gonna actually you’re gonna actually see a little bit of my family on the show as well.

On the second RHOD episode you said ‘there’s a lot of toxic masculinity in Arab men’.

During my life and my stages of my life, I realized that a lot of Arab men have been brought up to not show their emotions. To not cry. A man is not supposed to do this. A man is not supposed to open up to his wife about certain things. There’s no friendship between a wife and a husband. It’s just a marriage. And I’m like, this is toxic masculinity, because I’m pretty sure a man craves these things. He craves to show his emotions, he wants to cry. Sometimes he wants to be human. Like for God’s sakes, we’re both humans. But that facade he has to keep on is very hard. And this facade kills a lot of love, a lot of relationships and a lot of friendships. So I believe that my son is not going to be raised like that. He’s gonna be raised to show his emotions to be vulnerable. And being a man does not mean all these things, you are a human being and that’s how I’m raising my son to be.

What’s your advice for people who feel like they’re in a dark place?

My biggest advice is the best investment you can ever make is not in Bitcoin, is not in the next bag or car or house you buy. The best investment you can ever make is in your heart and mind, you know, which means normalize therapy. If you feel like something is wrong with you, go seek help. If you have a heart problem, you will go to a heart doctor. If you have a bone problem, you go to a bone doctor. If you have mental problem and you’re going through traumas and you’re going through a depression or through a hard time, there are people for that as well. So normalize it, especially in the Arab world. You don’t have to be crazy to go to a therapist. I’ve done so much therapy. And what I want people to see in me is I’m always happy because happiness is a state of mind, like whatever bad things happen in my day, it will never affect affect my happiness because it’s a state of mind. It’s a choice. So I want people to know that surviving is beautiful. It’s okay, it’s great. You can come out looking amazing. And you should not bear the darkness and being down and living through that and hoping that with time you will heal.

You’ve always got stuff cooking, what new things are you working on?

Right now I’m building an electric vehicle. It’s challenging. It’s different. It’s a man industry. I’m like, hop on Sara. Let’s do this. So me and my business partner, we’re building a hybrid car. We’re building into Europe. But right now, we’re having a lot of talks with the UAE government to move our production facility here. So so that’s going to be the prototype is going to be ready probably next year, January. And we’ve been working on this for almost three to four years. So this is happening. And you know, I just launched my NFT just like you said, I’m all over the place and I love it.

Real Housewives of Dubai is streaming on OSN+, with new episodes every Wednesday. To listen to the full interview with Sara, check out the Livehealthy Podcast when it drops on June 16.

Ear candling hurts but it helped me hear better

Taking PCOS healing into your own hands 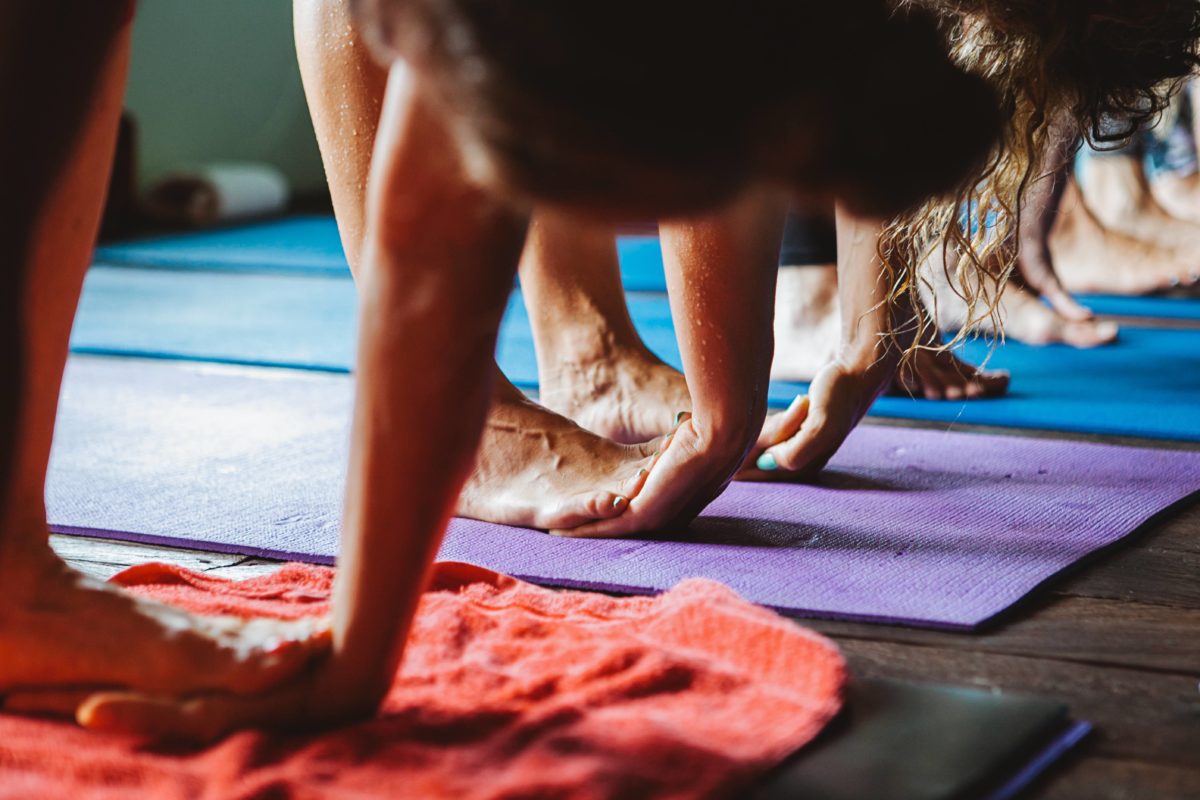