Menu
Two Dubai friends are tackling the Marathon des Sables, run through the Saraha desert and recognized as one of the toughest ultramarathons in the world. 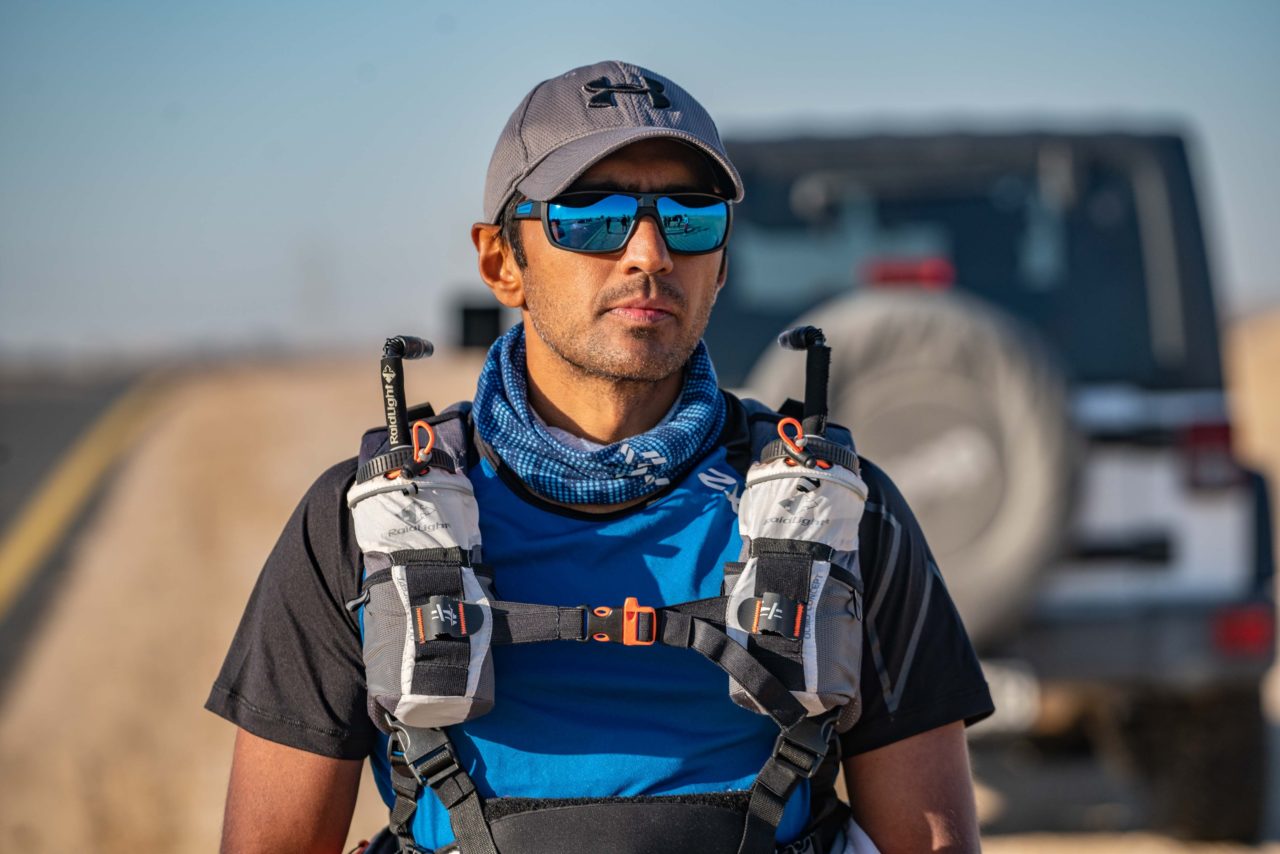 Most runners who are comfortable doing a 10-kilometer race might make a goal of completing a half-marathon, or even go for a full version. Last October, however, two Dubai friends went all-in when they decided to tackle the Marathon des Sables — also known as one of the toughest foot races in the world.

More than 1,000 participants fly in from all over the world for this 250 kilometer ultramarathon — the equivalent of six full marathons, run over six days across the Sahara desert in southern Morocco starting Friday (April 5).

On their backs, participants have to carry everything they plan to wear, eat and drink during the race — water is provided at checkpoints, but they have to then carry that too — as well as a stove, their clothes and anything else they can’t do without. (Track their progress here.)

“A lot of people have asked, ‘Why would you do a crazy thing like that?’” says Akber Naqvi, a 43-year-old father of three originally from Pakistan. “Everyone has their own reasons. In my case it’s been for my own sake, challenging myself, finding out what I’m made of, really pushing myself.”

Naqvi says he and his 41-year-old buddy Vikram Jethwani, who owns a diamond trading company and is originally from India, as well as a third friend who has run the race before, are ready for the challenge. They will set out on the course with other runners early Friday morning.

The trio has been involved in intense training since last October — including countless runs around Dubai, 50km and 80km races as well as a 125km race done over four days in the Dubai desert. Naqvi says the gruelling regime has already changed him in ways he could never have anticipated.

All those months of mind over matter, he says, convinced him to do something he’d dreamed of for years: quit his job as a money manager and start his own tech company focused on finance and gaming.

He was already calling the Marathon des Sables a personal game-changer before he’d even boarded the plane, let alone run one sandy step. During the training he has truly realized the meaning of the term “mind over matter.”

“When you are running, a lot of it has to do with your mind,” he explained. “It’s a mind game…the guys who have done this before said to me, ‘At some point, you are going to have an internal discussion with yourself.’ The body is sending you messages, the body doesn’t want to do it anymore. But in a lot of cases that may not be true.”

Naqvi recalls running with a sore knee during his 80km race, finally concluding that there was nothing wrong with his knee at all. The sensation, he now believes, was just a manifestation of his mind’s desire to quit.

“You just have to overcome that obstacle and stay in the moment, and that’s one of the lessons I learned and I am applying it to my professional life,” he said. “The obstacle becomes the way.”

But all the physical and emotional strength and preparation in the world won’t help in an endurance desert race if you get sand in your shoe. Enter gaiters, a protective barrier that protects the feet from sand-induced blisters.

“Our coach, when he did the race in 2016, says extremely fit guys were dropping out because their feet couldn’t take the blisters,” said Naqvi.

The trio of friends plan to run together for the first two days, as well as bunk together in designated tents each night. As for Naqvi, he’s not only running for his three children but a little girl he and his wife adopted from Pakistan in 2013. She died at three months, the result of not having a specific heel prick test that would would have diagnosed her with a very rare disease specific to milk consumption and digestion. The lack of testing, which is readily available in other countries, contributes to Pakistan’s high infant mortality rate.

The loss prompted the couple to launch The ZB Foundation, which spreads awareness and education and provides the tests in hospitals and clinics.

“When I run in the Sahara, I’ll be running for the babies in Pakistan,” said Naqvi.

I’ve been eating pegan and didn’t even know it