Menu
Restorative yoga is the essence of self-care for everyone from the hard-driving athlete to the casual exerciser. 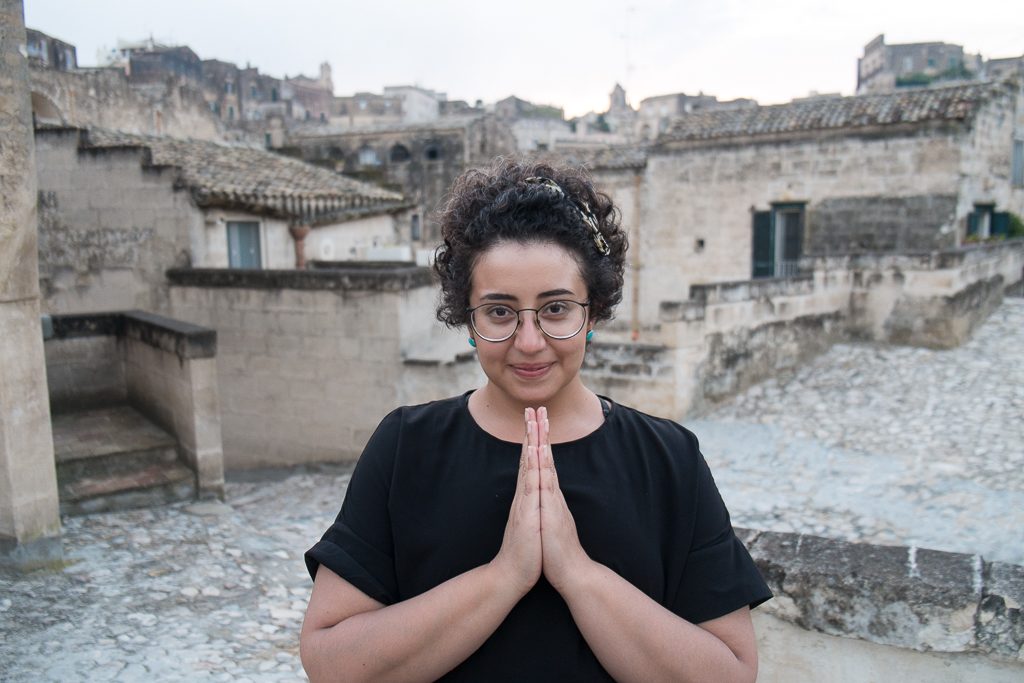 It would take the Cairo-based Nadia Al Dasher more than a decade to get over her initial response to yoga, and find the just-right practice for her. For the 29-year-old producer and yoga teacher, who teaches Urban Zen Restorative Yoga and meditation, a teacher from Los Angeles would prove pivotal.

El Dasher was just 13 and growing up in Abu Dhabi when she started doing yoga to ease the back pain she would later learn was due to scoliosis, a disorder that causes an abnormal curve to form in the spine. She hated every minute of those sessions – until the class was over and the restorative benefit came through.

“It was a traditional hatha class at a gym. The teacher would come and push on you to get you deeper into your bends. The meditation aspect of it was almost non-existent.”

But when a teacher from Los Angeles visited, and introduced her to meditation, things really started to click.

“That’s when it really started to shift for me, with meditation,” she says. “It was no longer something that I did that was good for me. It was something I looked forward to at the end of the day.”

During the five years she spent working at a newspaper in Abu Dhabi as a fashion coordinator, El Dasher started doing yoga classes via video and online streaming with the American teacher Rodney Yee. Near the end of that phase of her life, as she was searching for a new career, she decided to go to New York and take a 200-hour yoga-teacher course with Yee and his partner, Colleen.

That was followed by restorative yoga training, which is where El Dasher found her niche. The form of yoga El Dasher teaches comes from the Urban Zen Foundation, founded by the fashion designer Donna Karan after her husband passed away from cancer. The foundation advocates a “a philosophy of caring.”

“It was, sort of, his dying wish that Donna Karan would start some sort of therapy that’s not just for the patients, but for the staff as well. [It is therapy that patients] can do for themselves or have done by a therapist who is able to give them some sense of comfort,” El Dasher explains. “These women and men, the therapists, they are the ones who deal with the bulk of the work, and they don’t have time to connect with patients. You are treating the disease and the patient is just the vessel for the disease.”

After her husband’s death, Karan brought together different healthcare practitioners and yoga teachers – including Colleen and Rodney Yee – to develop an integrative form of therapy that would help both patients and the people treating them. Among the modalities they came up with is what El Dasher delivers in her classes: restorative yoga, combined with reiki and aromatherapy.

Restorative yoga is the essence of self-care for everyone, from the hard-driving athlete to the casual exerciser. It can seem counterproductive to do nothing, giving in to poses that are held for a few minutes or much longer, often supported by a wall, or a chair, or bolsters or blocks.

But it is necessary, she explains, not only for the physical benefits – giving the body time and space to recover from other types of exercise, as well as from being sedentary – but the mental ones, too.

“We as people don’t really spend time with ourselves,” explains El Dasher. “And I think that’s the beauty of restorative yoga. You’re not moving for, sometimes, 20 minutes at a time, and you are left with all the stuff in your mind, all the stuff it’s churning out… It helps you break negative thought patterns. Not necessarily making them positive, but just being with it.”

Incorporating this kind of practice seeps into daily life, slowly and over time, she says.

“As a person, as a yoga teacher, as a patient, you should be able to integrate some aspects of it easily without making an effort,” she says. “When I got a mosquito bite, I would put some lavender oil on the bite to stop the itching. That is yoga. When I am in the middle of an argument and I take a moment to think about how this small conversation became an argument, that is yoga.”

Parenting: How we are raising girls who aren't obsessed with princess culture