Menu
The world is in the grips of a phenomenon called mindfulness, with people everywhere chasing the supposed contentment that comes with self-awareness. Today, there is a terrible deficit of happiness in the Middle East. 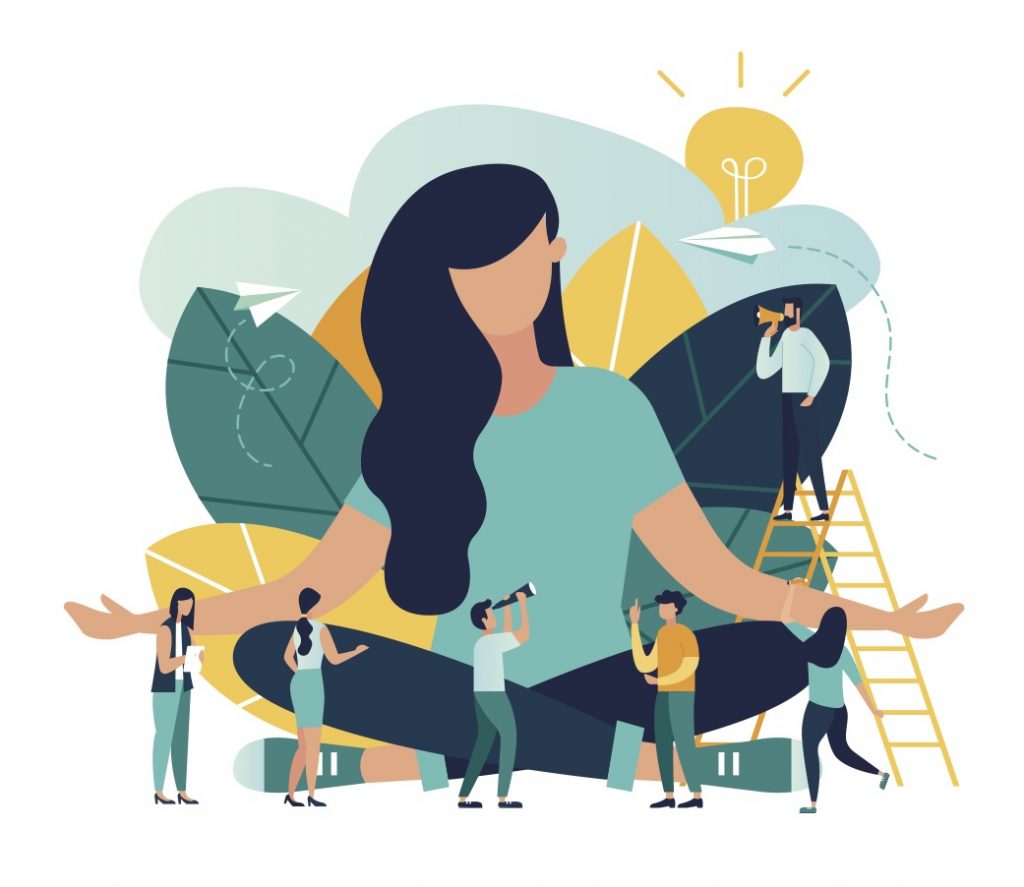 The world is in the grips of a phenomenon called mindfulness, with people everywhere chasing the supposed contentment that comes with self-awareness. Don’t get me wrong. A little of that is no doubt a good thing. But you cannot walk past a yoga studio or a gym-clothing store in the mall today without detecting that mindfulness vibe packaged for sale. Surely that’s not all that’s to it. Here in the Middle East, I am reminded of a different kind of mindfulness – one that used to connect the intellect with industry and that at the end allowed us to reach our potential as fulfilled humans. I am talking of the kind “mindfulness” from our history.

Happiness long ago was attached to the activities of the mind in the quest for knowledge. During the Golden Age of Islamic civilization, from the mid-7th century to the 13th century, the greatest minds of Arabs and non-Arabs, women and men, sought happiness in the pursuit of knowledge as the path toward human perfection. Islamic civilization invented tools that measure the transit of celestial bodies and made breakthroughs in medicine. We discovered our happiness, too, in literature, music, art and architecture. We explored every aspect of life and developed it to its final fulfilment.

Today, there is a terrible deficit of happiness in the Middle East. War rages in Syria, Iraq and Yemen. Conflict between Palestinians and Israelis sap the quotient of joy. Our people are on the move throughout the region and beyond as refugees from misery, yet failing to find fulfilment abroad either. Poverty saps our souls. We have lost the compass to our happiness.

One way to look at reclaiming our legacy is to consider the monumental changes taking place in the Arabian Peninsula. Saudi Arabia is beginning to institute a root-and-branch reform of the country, attempting to make changes in society that privilege the knowledge economy. Indeed, I was reminded of this very connection when the Saudi ministry of telecommunications last month appointed a “happiness specialist.” The UAE admittedly has a bit of a head start with the knowledge economy. Drive down Sheikh Zayed Road in Dubai and you cannot fail to notice the representatives of the modern tech world that have planted roots there. In Riyadh, Jeddah, Dubai and Abu Dhabi, the Arab world is rediscovering the quest for knowledge as the bedrock of its economy. They are, in so doing, staking claims to a revival of happiness.

The recognition of the economy’s role in enabling happiness is no accident. There is perhaps no better endorsement of the link between development and happiness than in the decision in 2016 by the UAE to appoint a minister to head a new portfolio of happiness, the first such position in the Arab world. Feelings and emotions are not the stuff of a government, but sentiments that arise from prudent policy can be optimized by good governance. Hence, this particular minister of state’s duties and responsibilities.

We as a region would stand a stronger chance of increasing our happiness quota if others were to emulate Saudi Arabia and the UAE. In our part of the world, too many of us have lost track of our history, too quick to grab the easy way to development by seeking to collect “rent” from our natural resources and to do no more with it than – at best – disbursing it. Those without the natural resource to pump out or dig out instead send their sons and daughters abroad to gather the remittances they send home, another form of rent. Instead, what we need to do is to invest in our curiosity and inventiveness. That is the only sustainable solution to reviving and maintaining the modern form of happiness we seek.

I grew up in Saudi Arabia on the many sayings by the Prophet Mohammed that revolve around happiness and knowledge, such as to seek knowledge “from the cradle to the graves” and “even if you have to go as far as China.” Or this one: “Acquire knowledge: it enables its possessor to distinguish right from the wrong, it lights the way to heaven; it is our friend in the desert, our society in solitude, our companion when friendless – it guides us to happiness; it sustains us in misery; it is an ornament among friends and an armor against enemies.”

When seeking knowledge becomes a core value, when science, education, innovation and invention become a culture – rather than a side project – everything is possible. This means that with the right tools and the right mindset, a city, a nation or a civilization can flourish.

In 2011, the United Nations adopted a resolution that recognized happiness as a “fundamental human goal” and called for “a more inclusive, equitable and balanced approach to economic growth that promotes the happiness and wellbeing of all peoples.” For our region to regain its fair share of happiness, we have to rededicate to our history and find our bliss in the exercise of our minds in the industries of the modern age. The contemporary equivalent of discovering the number zero is the creation of a thousand and more Microsofts. Let us see what we can achieve. Happiness is more than chanting Om, it is an active pursuit.

Rym Tina Ghazal is an award-winning journalist with over 15 years of experience. In 2003, she became one of the first women of Arab heritage to cover war zones in the Middle East.

There is a no-mobile challenge at Ritz-Carlton Abu Dhabi