Menu
For Mathilde Loujayne the open arms of the Muslim community turned out to be a very happy serendipity when she converted in 2002. 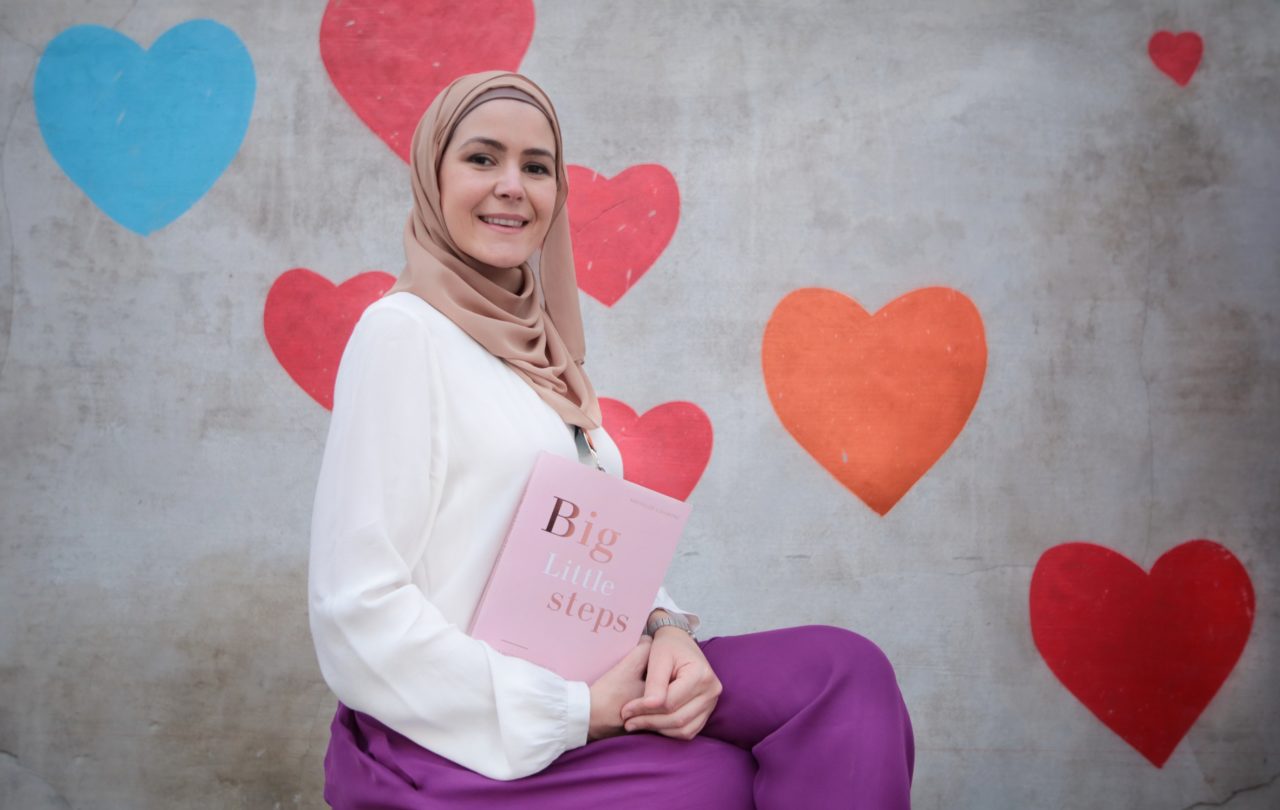 The sense of community that Islam provides was most apparent, Mathilde Loujayne found, when she traveled alone. During her time in corporate communications, she was often on the road for work. One year, she found herself in Canada during Ramadan. Alone. That’s when she decided to write a guide to Islam for women.

“I went to this [Muslim community] center. A woman came and said, ‘Where are you from? Are you okay?’ ” recalled Loujayne. “She took me to the market to buy dates and invited me to her house to eat with her family. I always find a family with open arms waiting to welcome me.”

The mother of one quit her job last autumn to finish the book she started in 2009. Big Little Steps: A Woman’s Guide to Finding a Balanced Lifestyle and a Glowing Heart in Islam was released just before this Ramadan.

For Loujayne, who was living in Muscat with her parents when she decided to convert to Islam in 2002 at the age of 18, those open arms of the community turned out to be a very happy serendipity. Particularly when other friendships fell away after her big life change.

“When I became a Muslim, I didn’t realize it would be so welcoming,” she said. “There is such a strong bond between women; there are sisters. And this brotherhood that is really huge.”

The Dubai author was living in the south of France with her parents when her 16-year-old brother, Stephane, died. In the aftermath of that loss, her parents moved the family to Muscat, where her father, unbeknownst to the family, converted to Islam. “He survived cancer when he was a bit younger, so he was going through his own questions about life and so on,” Loujayne said. “So he became Muslim, but he kept it quiet from my mom and the family.”

Going to an international school in Muscat helped Loujayne open her mind while searching for answers, still grieving the loss of her brother. After the terrorist attacks of September 11, 2001, she couldn’t reconcile what was being said about the religion with her kind, wise father and the peaceful Muslims around her.

“It just didn’t make sense to me,” she said. “Since I was going through a crisis, I wanted to read about different religions and I started off with the Quran. I read it through the eyes of someone grieving. It gave me so much peace.”

After converting, Loujayne soon realized that her spiritual journey was far from over. “I had a lot to learn,” she recalled. “I didn’t realize that Islam was a way of life, the day-to-day, how-you-relate-to-others, self-care. I said, ‘I wish there was a guide for women, written by a woman for women, either converts or women who want to understand Islam.’ ”

She also wanted to speak about the positives of the religion and fully explain her choice to her mother, who ended up also converting in 2015.

Nine years after she set out to write it, Loujayne published her book and has been busy throughout Ramadan doing readings and signings. Illustrated by the UAE artist Hatty Pedder, Big Little Steps tackles an assortment of issues, including the benefits of fasting, animal rights, mental health and well-being. It also expands on that concept of community, so heightened during the holy month, and offers tutorials through the website. Loujayne offers livehealthy.ae the following excerpt from Chapter 5.

Beyond the Quran and the Islamic way of life, Muslims stand together, united as the ummah. The community goes beyond borders: it’s not a nation and it doesn’t have a homeland. It defies skin color, handicaps, gender and age and makes us all equal. After all, God says that the Quran was revealed to all of humanity. Everybody is invited.

Its universal concept of oneness defies racism, division and violence. The Prophet Mohammad (Peace Be Upon Him) said: “Do not hate each other, but rather be servants of God as brothers. Together, we can cultivate kindness, acceptance and harvest love.”

I like to think that women put the umm in ummah, since it means ‘mother’ in Arabic. I remember reading the words, “Preserve the women and you’ll preserve the nation” (unknown).

The pillars of Islam invite us to play our part in the Muslim commonwealth by paying charity and helping and supporting one another. They also invite us to regularly interact with our community through random acts of kindness, like visiting the sick or attending a funeral, to bigger community events like weddings, Eid celebrations and the pilgrimages Umrah and Hajj.

Fairness, justice and dignity are basic Islamic concepts to be distributed without discrimination; a huge responsibility for all of us.