Menu
For most people the daily fast of Ramadan is tough, but for those with eating disorders (EDs) this time of year can have a more sinister allure. “One of the common misconceptions in the Middle East is that EDs are a ‘Western problem’,” says Dina Zalami, a counseling psychologist from Thrive Wellbeing Centre. “While diagnosable eating disorders may have been more present in the West in the past, globalization and social media have given rise... 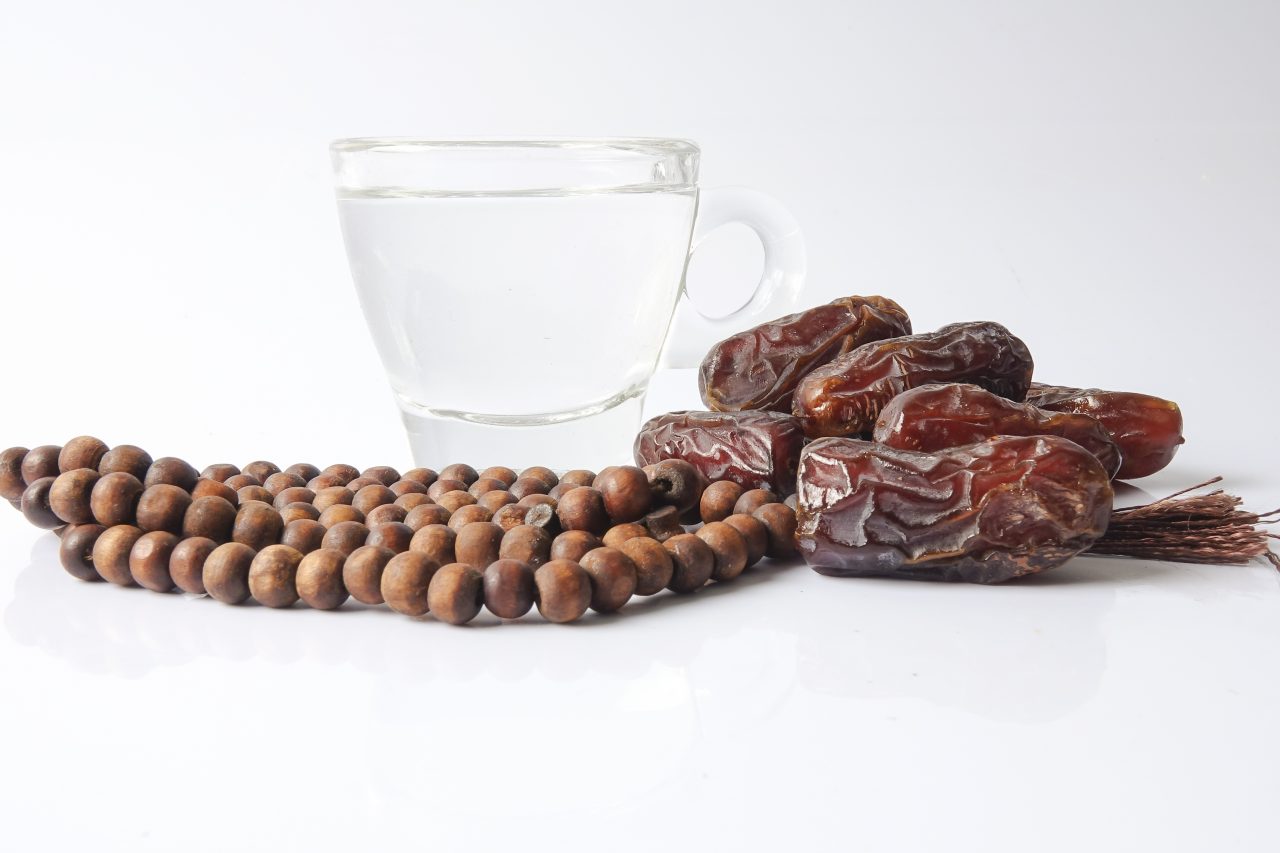 For most people the daily fast of Ramadan is tough, but for those with eating disorders (EDs) this time of year can have a more sinister allure.

“One of the common misconceptions in the Middle East is that EDs are a ‘Western problem’,” says Dina Zalami, a counseling psychologist from Thrive Wellbeing Centre. “While diagnosable eating disorders may have been more present in the West in the past, globalization and social media have given rise to awareness in the Middle East and there is more understanding of dieting culture, increased dieting behaviors and how the pursuit of a thin ‘ideal’ can be internalized.”

One 27-year-old Egyptian woman, who grew up in Dubai, said Ramadan used to make her eating disorder easier to cope with, both mentally and logistically.

“Unlike periods of time outside of this month, I was only thinking about food for a few hours, when I could eat and then I would stop, because I couldn’t eat,” she says.

The process of breaking her fast would involve a stealthy cigarette outside her home “to curb my appetite, and then I’d have an energy drink. A lot of times I would faint so I would spend the evening in bed alone. Sometimes my parents would really monitor my movements so I would have a rice cake with low-fat cheese, but that was it.”

Retrograde hypnosis helped clarify the deeper roots of her ED.

“The way my dad used to speak to my mom affected me,” she says. “He would body-shame her after giving birth to my twin siblings. He was very mean to her and I would plead for him to stop. I also witnessed domestic abuse in my childhood as well.”

Other triggers included an old boyfriend telling her to lose weight when a bracelet wouldn’t fit her wrists as easily as it did on her friends.

Her father noticed she was losing weight and heard her purging after dinner. Although she got treatment for her ED, the medication she went on made her lose her appetite and so didn’t solve anything.

She married three years ago and she cites her husband as a pillar of support and partner in recovery.

“He is such a foodie. He noticed while we were dating that I wasn’t participating as much and he asked me to be open about my relationship to food, promising to be understanding. I thought that anyone who hasn’t witnessed an ED would think I was downright crazy. He kept telling me, ‘No matter how you look, I will always love you.’ ”

British Pakistani Maya Khan, 37, who lives in Surrey, UK, is the founder of the blog Islam and Eating Disorders.

She found it imperative to channel her anorexia nervosa diagnosis through the prism of religion, to dispel misconceptions and raise awareness.

“I was obsessed with dieting and getting thinner and thinner, even though I was already very slim, to the point where I was given only a certain length of time to live – specifically five weeks,” Khan says.

The intersection between Islam and EDs has largely been shrouded in obscurity.

“You hear about every other kind of illness in Islam, but not EDs,” she says. “There are over 50 categories around this illness but nobody knows about it. Everyone thought this was all down to me, but I was hearing about so many others who were suffering. When we look into Islam, this is an illness that manifested over time. The literature does not classify it at all, let alone as mental illness. I started looking into how we can treat mental illness through the teachings of Islam and I realized that kindness and compassion comes from the religion, and if I could only make people understand through the mindset of religion, it would start to register in people. The illness gets out of hand because it’s secretive,” says Khan, adding, “There’s a lot of catching up to do.”

During Ramadan, food is a big part of the experience, which puts many in panic mode – just like Christmas, Thanksgiving or Easter, where a feast is the centerpiece and it feels impossible to maintain a sense of control.

Fasting is such a strong part of the ED society, that Ramadan is not necessarily a contributory factor “because the mindset of restriction is already there,” says Khan.

Zeina Beidas, 20, who was born and raised in Saudi Arabia and now lives in Canada, says she had a “neutral body image my whole life.”  But social commentary started to seep in and the cues began to stick. She also came to see that she fits the prototype for an ED candidate.

“I am a perfectionist in every area of my life. I want to be number one in everything,” she says. “Control is another thing. I put these self-imposed rituals in my life to give me a false sense of control with food and exercise. It’s the voice of the ED that makes you think you are achieving something.”

Beidas was shamed and stigmatized for having an ED.

“A doctor told me to eat a jar of Nutella. There is such a lack of knowledge and support in the Middle East. No one around me understood and thought it was a vanity problem. No one actually wants to have an ED. It feels horrible, dark and robs you of life.”

Ramadan was a contributing factor to Beidas’ worsening ED, alongside depression. Until she was 15 she fasted during the Holy Month without any consequences. But then the religious aspect of fasting – “the fact that it purifies you and reverses mistakes” – coupled with her ED gave her a feeling of euphoria.

“I felt incredibly sad when I broke my fast,” she says. “I ate very little because I wanted to stay in that ‘lightness’ state. I just wanted the next day to start. I wanted that pump of energy again.”

Dr Zalami points out that if someone struggles to get back to regular eating after Ramadan, ”that could be a red flag.”  That proved to be the case with Beidas.

While at college in Canada, she met Tegan Duncan, another patient having treatment at Credit Valley Hospital Eating Disorder Facility, and they teamed up for a new documentary available now on YouTube called Gain. The short film charts their journey of recovering from anorexia nervosa and sheds light on the grim reality of EDs through interviews with doctors, researchers as well as themselves.

“The response has been incredible, from both medical professionals and lay people,” she says. “It has made an impact around the world. However, I was disappointed that people from the Middle East weren’t so interested in watching it. The stigma is still there. But there is still time and opportunity to remove it. If they know the science behind it, then this is when perspectives are gained and treatment centers are built, which is what’s lacking in the Middle East right now.”

Despite slow progress on resources, help and services, things are moving in the right direction.

“During the past 10 years, I have witnessed a significant change in people’s understanding of mental health as they come in for psychotherapy,” says Dr Zalami. “While many may still struggle with the stigma around mental health, they are increasingly seeking support.”

Social factors are instrumental in developing EDS, but that is something parents can work to mitigate by encouraging a healthy relationship with food.

“The most important thing parents can do is to be aware of their own relationship with their body and food and work on it,” says Dr Zalami. “Parents don’t have to have a perfect relationship with food but they do need to be aware of their own struggles, which everyone has, in order to avoid projecting them on to their children. The best way children learn is through modeling, so being able to model healthy behaviors is important.”

For example, it’s important to eat  a variety of food and a balanced diet instead of following any fad diet that comes along, and to make time to eat without multitasking. Having regular family meals together is also very important.

Things parents can avoid include:

It’s important to encourage children to be aware of their own satiety cues, or physical feelings of hunger or fullness, says Dr Zalami, and let those cues guide their eating.

“If a child then expresses concerns around their body image, it’s important to have those conversations with them and communicate and cultivate an appreciation of body diversity and an appreciation of all the great things our bodies help us do,” she says. “This helps people appreciate their bodies as wonderful instruments rather than as ornaments.”