Menu
Ras Al-Khaimah has undergone a major shift in recent years, transforming into one of MENA’s leading outdoor destinations. It was a conscious decision, borne out of the emirate’s first ever independent consumer research study in 2015 that found more and more people were showing a preference for adventure tourism — both domestically and internationally.  Framed by the dramatic Hajar Mountains — including the UAE’s highest peak, Jebel Jais — and the waters of the Arabian... 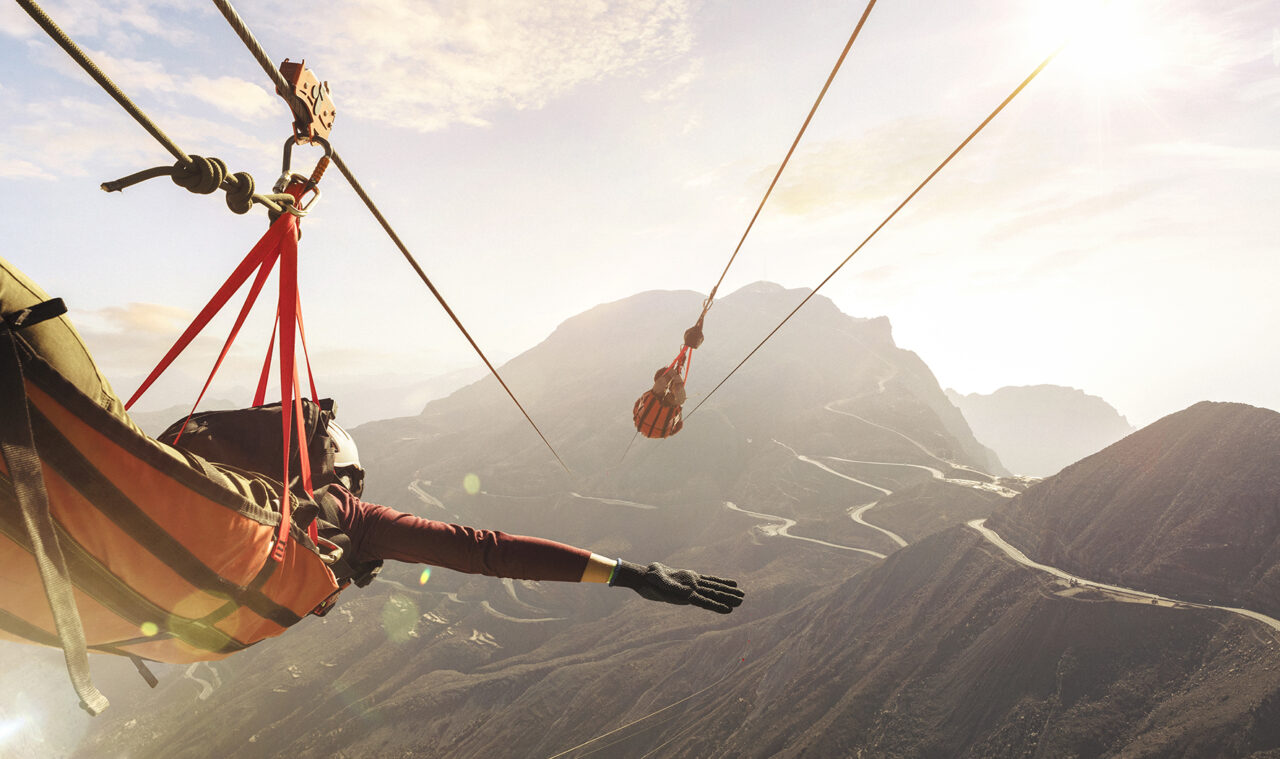 Ras Al-Khaimah has undergone a major shift in recent years, transforming into one of MENA’s leading outdoor destinations. It was a conscious decision, borne out of the emirate’s first ever independent consumer research study in 2015 that found more and more people were showing a preference for adventure tourism — both domestically and internationally.

Framed by the dramatic Hajar Mountains — including the UAE’s highest peak, Jebel Jais — and the waters of the Arabian Gulf, RAK has stepped out of the shadows to become a haven for adventure enthusiasts. Here, Livehealthy rounds up some of the best activities on offer in the emirate.

RAK boasts the UAE’s most impressive hiking scenery; routes and vistas around Jebel Jais — including one of the country’s most difficult and celebrated, Stairway to Heaven — are unsurprisingly spectacular. There are six trails with a cumulative distance of 16km and while beginners might be better-suited to the moderate Wadi Monay walk, other trails including The Hidden Oasis and Balcony Hike wind through RAK’s diverse mountain ecosystem. Most paths are well-marked and easily available online, while accredited companies such as Adventurati Outdoors offer guidance for peace of mind. Hikers should carefully choose their routes according to the person with the lowest ability in their group and always check weather conditions as the climate can be unpredictable — particularly in winter.

The Hajar Mountains provide an array of climbing and canyoning opportunities, including Stardust Crag — brilliantly named after rock icon David Bowie in 2015. The crag has 50 to 60 different climbs to suit all abilities and while the site is not officially managed, members of the organization UAE Rock Climbing can regularly be found taking on one of the many 20 to 30-meter routes there. For those interested in canyoning, which is traversing between two walls of rock and usually ending with an abseil down a steep face, there are unmanned sites in Wadi Shah and Thunder Canyon in Dayah. Beginners should seek out a guide.

Thrilling or terrifying depending on how you feel about heights, the Via Ferrata offers visitors the chance to traverse RAK’s mountainous terrain via a steel cable running along a 1km route across the mountainside of Jebel Jais. Climbing, scrambling and zip-lining along the route is a great entry point for those looking to face some of the area’s more extreme challenges. Guides are encouraging and knowledgeable about the area.

The Jebel Jais Flight is recognized by Guinness World Records as the globe’s longest zipline, offering an unrivalled bird’s-eye view of RAK’s dramatic vistas. Those brave enough to take on the challenge are strapped in and sent hurtling through the sky at a height of 1,680 metres above sea level, along a 2.83km line at speeds of up to 150 kilometers per hour. For those seeking a slightly, slower pace, the Jais Sky Tour comprises seven ziplines connected by nine platforms and a 15m sky bridge, which is the highest of its kind in the UAE. The final member of Jebel Jais’ exhilarating triumvirate is the Jais Sledder; part toboggan, part rollercoaster, it careers down the hillside at 40kph, taking in panoramas of mountains and sea.

The Sailing Club of Ras Al-Khaimah in Al Hamra offers visitors the opportunity to learn how to sail — either recreationally or competitively — and hone skills in a friendly, welcoming environment. Much quieter than marinas in neighbouring emirates, RAK Sailing Club also offers stand-up paddleboarding and kayak rental. For post-sailing socializing, the Clubhouse at Al Hamra Marina is a beachfront cafe, bar and co-working space that also offers group fitness and wellness activities.

There are several dive sites off the coast of RAK, including the Alya wreck, Filipino Tugboat and Cement wreck. Al Jazeera Diving is the obvious place to start, with the centre sta​​rted by Hamad Alzaabi, who returned to his home emirate of RAK after travelling the globe to dive. From beginners up to PADI Open Water, Advanced and Divemaster qualifications, Al Jazeera offers several different courses to suit people of all abilities.

Globally renowned explorer Bear Grylls brings his survival expertise to RAK with a regional first: The Explorers Camp and Bear Grylls Survival Academy. Courses offer an insight into Grylls’ myriad practical techniques for surviving in the wild, with participants learning practical life-saving skills, as well as attitudes such as how to be resourceful and stay calm under pressure. Visitors are able to stay on-site in one of 16 recycled lodges with self-catering facilities, a private BBQ and outdoor terrace. The camp is open to individuals, as well as for school visits and corporate away days.

Coming soon… paragliding and base jumping

Promised from RAK Tourism Authority is Jais Wings, the first paragliding site in the GCC. The organized paragliding flights will take off from the UAE’s highest peak, with landing pads to be located near Saraya Islands and Al Rams. The UAE’s first base jump platform is also set to be based at Jebel Jais, and “Emirati batman” Khalifa Al Ghafri recently demonstrated what a jump from the Wingsuit Diving Platform could look like.

How to deal with interfering relatives

Getting to self-love through neuroscience