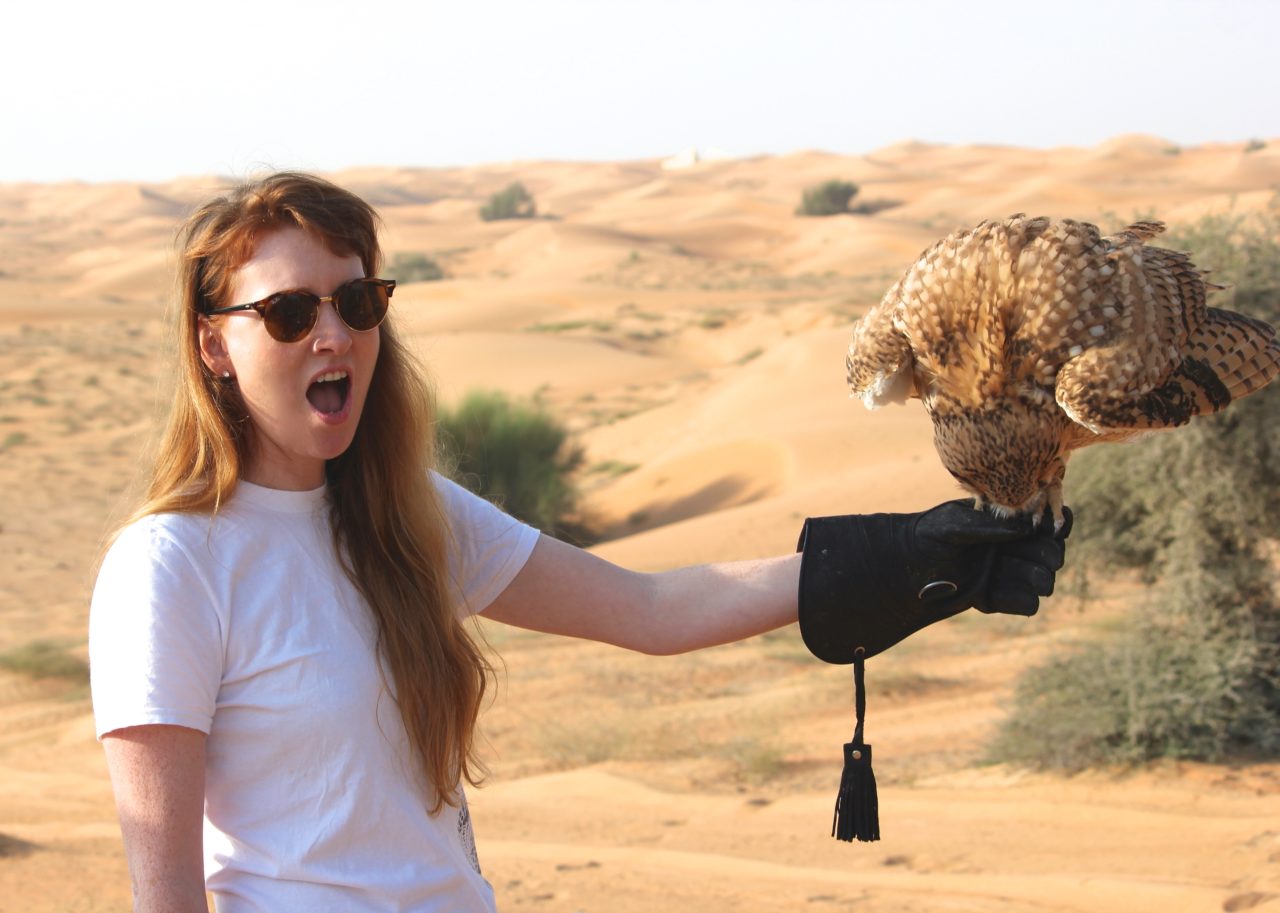 Stef Burgon, who has hosted shows on Dubai 92 and Dubai Eye, is moving on. Photo courtesy Stef Burgon

Dubai radio personality Stef Burgon doesn’t shy away from big life changes. (She’s quitting her job in Dubai, living fearlessly and there is a castle involved, let us say upfront.) When she was 26, she left a good job in real estate in Newcastle, England, to follow her then-boyfriend to the UAE, when he landed a job on the Dubai 92 radio station. When he needed some help on-air, she pitched in. Several months later, when the station manager decided to give the pair a morning show, Catboy and Geordiebird were born. Nine years later, after the pair had married and then divorced, she left that gig for talk radio, co-hosting The Ticket on Dubai Eye 103.8.

Now, she’s leaving that job, too, as a series of new challenges beckon. She and her current husband, Simon Hunt – and her cat Frank, well-known to her listeners – have bought a castle in Scotland that they will renovate and rent out to visitors. But first, the trio will spend six months in a camper van traveling around Europe. We grabbed the busy Burgon, now 39, a few days before she flew out of her adopted home, to get her take on making big decisions and never looking back.

Do what’s right for you

When Burgon left her real estate job, she just figured she’d find another one. But when a job was offered in radio, completely out of her field, she took it anyway. And when her time at Dubai 92 started to lose its luster over creative differences with her ex, Catboy (aka Simon Smedley), she found something new to do.

“It was a better personal relationship after we divorced,” she says. As for leaving the radio station, she adds, “I just wanted to do my own thing, and do it well.”

Don’t worry about the money

Although Burgon’s boss at Dubai 92 said “you won’t be Geordiebird anymore” if she left the station, she was not bothered.

“I didn’t get any benefits from being Geordiebird,” she says. “I wasn’t Chris Fade. I didn’t go out and do things at night. I never wanted to do that.”

Leaving the punishing schedule involved in a morning radio show was, she found, well worth the pay cut – she and Hunt worked out that every time she didn’t have to wake up early, it was a Dh50 loss. “I would pay that every day not to have to get out of bed at 4.30am,” she says. “I got my life back.”

Challenge yourself at work

Doing a two-hour talk radio show is much more difficult than hosting on a music station, where “you don’t have to talk for that long” between songs. For a self-professed perfectionist, it was not easy to adapt.

“Dubai Eye was a completely different challenge. I felt like I had something to prove. It was a good driving force.”

Leaving the one job and succeeding at another helped Burgon prove a point about rising to challenges.

Burgon is considering tackling podcasting next, but just needs to get a little space between herself and Dubai before she can think about what subject she might tackle. Travel has always been a favorite topic, and the whole #VanLife phenomenon appeals to her.

“In Canada and the States and Europe, so many people are saying, ‘I don’t want to work 9 to 5.’” So, she continues, “I’m going to work remotely in a van.” She expresses feeling a degree of excitement at the prospect impending uncertainty. “We’re going to go live in a van, and not know what’s next.”

It was three years ago that Burgon spotted a castle for sale in Scotland, and mentioned to Hunt that maybe they should buy it. Or, at least, something like it.

“We’d just been on a massive road trip around Scotland for a month,” she says. “I said, ‘Oh look, look at this castle for sale. I’m not saying we should buy it, but maybe one day we should look at buying something like this. He was, like, ‘We can buy a castle?’”

As Burgon explains it, “We kind of encourage each other to do daft things and they work out.”

So, they inspired each other to take action – and spent their last years in Dubai saving furiously.

“I always feel quite lucky in life,” says Burgon. “I just feel if you decide to do something in life, and you do it, it will generally work out… If people take the leap, if they put the effort in, then they’ll be fine. What’s the worst that could happen?”

As it has been for many expatriates, Burgon’s own uprooting and resettlement, from Newcastle to Dubai in her case, “massively changed” her outlook. As a result of her expatriate experience, she says, “I have friends from all over the world who will tell me their world view.” This, she feels, is “kind of interesting,” because then “you’re piecing the jigsaw puzzle together yourself. I don’t think I would be like that if I hadn’t moved.”