Menu
Scared of being attacked? One month of Krav Maga training can give you the confidence to defend yourself without a weapon. 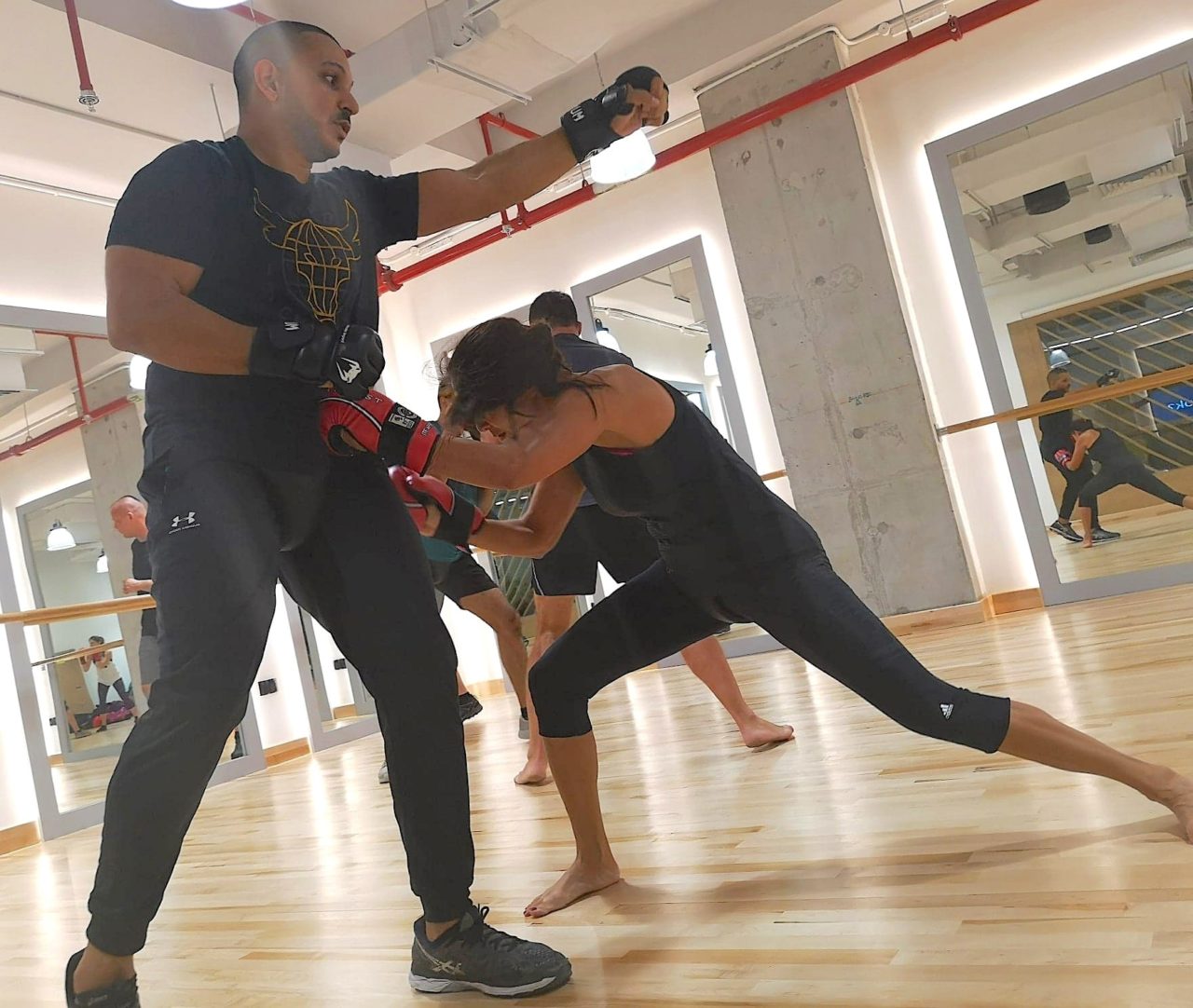 According to the World Economic Forum, the UAE is among the world’s safest countries. But that doesn’t matter, says Dubai Krav Maga instructor Ahmed Ateek.

“Whether you live in a society that is safe or one that has a high crime rate, everybody should know how to defend themselves,” says the 37-year-old from Egypt.

“Violence can and does happen anywhere and anytime, so it is best to be safe than sorry. People are also always traveling and while safety might not be an issue in the UAE, it is in other parts of the world. So if you are confronted with such a situation, you need to be able to react immediately.”

Now that you are safely out of that false sense of security, it might be time for one of Ateek’s self-defense classes.

His knife attack simulation will reveal that protecting yourself from harm is as much about mental conditioning as it is about physical strength.

And don’t think just because you are physically fit that you will have an advantage against someone who wants to hurt you.

“If you don’t have the skills and haven’t been exposed to any threat before, you can’t rely on your physical fitness to get out of a situation,” he says. “I’ve seen muscular men struggle to defend themselves in a fight because they are disoriented and end up being knocked out with one punch.”

What is Krav Maga?

Krav Maga is a self-defense and fighting system that draws from the most effective techniques of martial art forms, such as aikido, boxing, kung fu and taekwondo. While other combat systems are based on contact and engaging with the opponent, Krav Maga is based on the ethos of avoidance, prevention and deterrence in a threatening situation.

“The benefit of Krav Maga is that you learn faster how to defend yourself,” says Ateek. “It doesn’t demand that you be at a certain fitness level either.”

Ateek, founder of Krav Maga Middle East, is a master trainer certified by the US-based KMG Krav Maga Global, Global British KAPAP and Krav Maga Global in the Netherlands. He is also an instructor at the Dubai-based European Security Academy Middle East. And he has a reassuring promise: “One month of training can give you the confidence to defend yourself without a weapon.”

There’s no “beginners pace” in Ateek’s Krav Maga classes, which are held several times a week at nook, a co-working studio in Dubai’s Jumeirah Lakes Towers that is dedicated to health and fitness. A session begins with a 10-minute warm-up to get the heart rate up before participants are thrown into dealing with various dangerous scenarios.

“When someone attacks you, even without movement, your heart rate increases because you are panicking,” he says. “That’s why the warm-up is so important.”

Ateek then moves into teaching counter attacks, learning how to punch and kick instantly without stopping. The final part of the class is about technique, with and without weapons.

Ateek says most first-timers are taken aback by the aggressive situations they have to tackle during the class.

“They aren’t ready to push someone or punch a bag with force or deal with multiple people charging toward them at the same time,” he says. “They find it challenging to hit hard or feel disoriented when they are threatened suddenly. But these are very real possibilities and we want to prepare men and women to handle them effectively. This only comes through practice.”

Thinking on your feet

During a Krav Maga class, Ateek and his instructors offer drills that force participants to assess the threat, problem-solve under pressure and improve coordination. My first session involved a make-believe mugging at gunpoint with a partner. Ateek guided me through the steps to disarm, push and run.

“We first teach them how to think clearly in such situations, then how to avoid the threat and stay away from danger. Second, when there is no way out of the danger, you have to use your weapons, which are your arms and legs, to defend yourself against the attacker. So our classes are about self-awareness, vigilance and coordination of movement.”

The first few sessions focus on hand-to-hand combat to prepare participants for when they are forcefully grabbed, hugged, or clothes are pulled or belongings snatched. Participants at an intermediate level are taught advanced self-defense techniques with dummy knives, sticks, rifles and pistols.

Ateek will hold four-day Krav Maga bootcamps September 25-28 and November 27-30 to teach close-quarter combat, knife, gun and stick defense and live shooting. The 17-hour course will also introduce participants to fighting on the ground, choking and head-lock techniques, how to escape a carjacking and kidnapping scenario. “Every student must pass each scenario and we will continue to coach them until they manage to escape safely,” he says.

The final day? Learning how to shoot a gun at the Jebel Ali Shooting Club.

Krav Maga Middle East organizes classes at nook Dubai every week. The extreme bootcamp is priced from Dh2,100. Go to the website for more details or call 050 343 1832.

The Emirati life coach: 5 ways to think positively because real medicine starts in your mind