Menu
Each one of us in the modern world is a subtle blend of flies’ wings, beetle’s eggs, maggots, assorted insect parts and rat hairs. 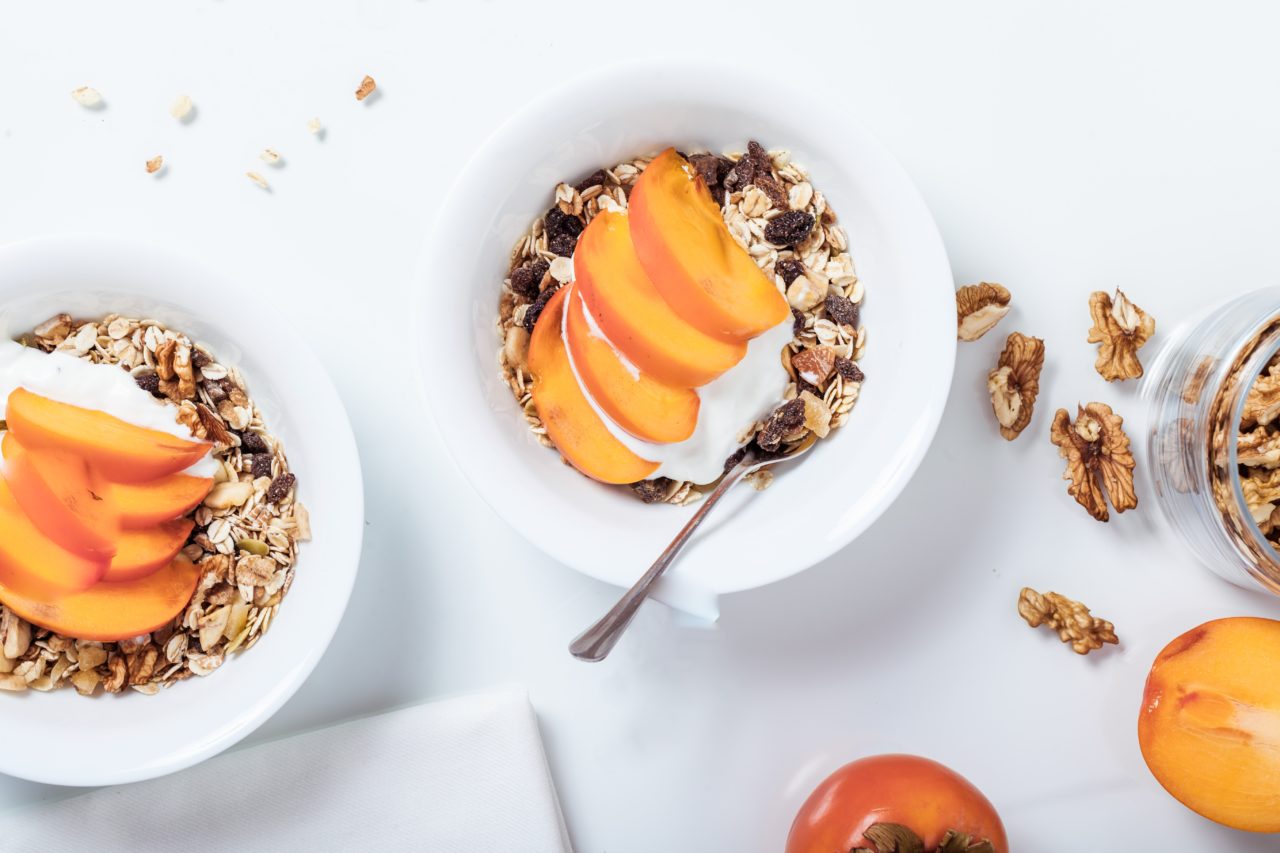 If you’re eating as you read this, you might want to look away until you’ve cleared your plate. Or, perhaps, read on before you take another bite. Remember the old adage you are what you eat? Well, here’s some news that you might find unpalatable. Each one of us in the modern world is a subtle blend of flies’ wings, beetle eggs, maggots, assorted insect parts, rat hairs and – there’s no way to sugarcoat this next one – mammalian excreta. And that’s before we discuss plastic or pesticide.

Told you to look away.

There are two takeaways from this. The first is never, ever be tempted to consult the document Food Defect Action Levels. Issued by the US Food and Drug Administration, this lists the maximum levels of “natural or unavoidable defects in foods for human use that present no health hazard.”  It’s a comprehensive document, which takes us from “Allspice, ground” (in which up to 30 “insect fragments” and one rodent hair per every 10 grams are permitted) to “Wheat” (75 insect parts and one rodent hair per 50 grams), via a whole shopping list of fare you will never look at the same again.

That tomato purée you love? Don’t worry – no more than 10 fly eggs and one maggot per 100 grams allowed. Oregano, anyone? Absolute limit of 1,250 insect fragments for every 10 grams. Oh, and a mere 1 milligram of mammalian excreta per pound. The second takeaway? Though it might sound gross, none of this stuff does us any harm – and of course there’s all that extra protein we’re getting, completely free of charge.

Whether or not you believe what may be the myth that every human being inadvertently swallows an average of four whole, live spiders in their lifetime, we inadvertently consume or breathe in a wide range of organic and chemical material that, given a choice, we probably wouldn’t. Not all of it, however, may be as harmless as the odd bit of misplaced rat poop.

Last week researchers from the Medical University of Vienna told a conference of gastroenterologists in Austria that they had studied a group of participants from countries “across the world” and found that “every single stool sample tested positive for the presence of microplastic”. Nine different plastic types were identified.

There are several cautionary points to make about this study, not least of which is that just eight people took part in it. That doesn’t completely invalidate the findings, of course, but it does suggest that a rather more comprehensive study ought to be carried out before we all jump to conclusions.

Each one of the eight people in the study, who came from Finland, Italy, Japan, the Netherlands, Poland, Russia, the UK and Austria, kept a food diary in the week before their sample was taken. The diaries revealed that all participants had been “exposed to plastics by consuming plastic-wrapped foods or drinking from plastic bottles.” On the other hand, six of the participants had also eaten sea fish, and the presence of microplastics in the guts of fish is well documented.

Regardless of how the plastic found its way into the volunteers’ digestive tracts, it is clear from the nature of the research that most, if not all of it, found its way straight back out again. The million-dollar question is did it cause any kind of harm as it was passing through? Who knows, admitted the researchers.

“We need further research to understand what this means for human health,” they concluded, though not before theorizing, to the delight of headline writers everywhere, that “microplastic may impact human health via the [gastrointestinal] tract, where it could affect the tolerance and immune response of the gut by bioaccumulation or aiding transmission of toxic chemicals and pathogens”. The key words are “may” and “could.”

Plastic is the bugbear du jour, and unsurprisingly the world’s media hit the big red panic button when the press release from Vienna landed in their inboxes. But so far there is little solid evidence that swallowing microplastics causes us actual harm.

A report on “Microplastics in fisheries and aquaculture”, carried out last year for the Food and Agriculture Organization of the United Nations, brought some perspective to the debate, if not to the media.

Yes, it said, “microplastics contain a mixture of chemicals added during manufacture … and efficiently … absorb persistent, bioaccumulative and toxic contaminants from the environment”. Furthermore, “the ingestion of microplastics by aquatic organisms … have been central to the perceived hazard and risk of microplastics in the marine environment.”

But adverse effects had so far only been observed in aquatic organisms under laboratory conditions, and “at very high exposure concentrations that exceed present environmental concentrations by several orders of magnitude.” In the wild, microplastics had so far only been found within the gastrointestinal tracts of fish and shellfish, usually in small numbers, and at present there was “no evidence that microplastics ingestion has negative effects on populations of wild and farmed aquatic organisms.”

In humans, “the risk of microplastic ingestion is reduced by the removal of the gastrointestinal tract in most species of seafood.” Shellfish are eaten whole, “which may lead to microplastic exposure,” but the “worst case” estimate is that someone consuming a 225g portion of mussels would swallow a mere 7 micrograms of plastic, and this would have “a negligible effect on chemical exposure to certain persistent, bioaccumulative and toxic contaminants and plastic additives.”

Which is not to say that plastic is necessarily a fantastic choice as a side dish. Bisphenol A (BPA) is a chemical used in the manufacture of various plastics, such as those used in water bottles and food containers. It’s now known that it can leach into food and drink, which is one reason why it is commonly found in human beings – a study carried out by the US Centers for Disease Control and Prevention in 2004 found BPA in 93 percent of more than 2,500 urine samples taken from people as young as six years old.

But does it matter? The US Food and Drug Administration, the UK Food Standards Agency and the European Food Safety Authority all think not. “Although there is scientific debate surrounding BPA’s health effects on humans,” advises the FSA – the chemical, which mimics the effects of the female sex hormone estrogen, has been linked in various studies to everything from obesity and diabetes to infertility and ADHD – “we deem that it is a safe chemical for use in production of plastics.”

Regardless, trying to avoid BPA by shunning plastic containers may be a pointless exercise. In 2015 researchers at the University of Missouri were “startled” to find high concentrations of the chemical in the air and water near industrial sites where plastics are processed.

Ingesting BPA, in other words, may be as easy as breathing. What remains unknown, of course, is whether such exposure is any more, or less, hazardous than eating or drinking BPA.

And BPA isn’t the only potentially dangerous chemical we are unwittingly ingesting. In August the US-based non-profit Environmental Working Group found that 43 out of 45 oats-based breakfast cereals they tested contained minute amounts of glyphosate, the active chemical in the weedkiller Roundup, the most heavily used crop pesticide in many parts of the world.

The chemical was also found, though in smaller amounts, in five of 16 cereals made from supposedly organically grown oats. So much for the organic price premium.

Again, does this matter? The California jury that last week ordered Roundup manufacturer Monsanto to pay US$289 million (Dh1.1 billion)  in damages to a school groundskeeper dying of cancer after a lifetime of exposure to the chemical clearly thought so. But you would have to consume such a vast amount of breakfast cereal to come even close to the volume of the chemical breathed in by this man in aerosol form throughout his career that you would certainly succumb to obesity and diabetes long before the glyphosate got you.

If, indeed, it could get you. Monsanto, which is appealing the verdict in the Dewayne Johnson case, insists that “Glyphosate does not cause cancer [and] the verdict was wrong … we are confident science will prevail.”

Regardless, from bug poop to plastics to chemicals, there’s an awful lot of unappetizing and invited stuff finding its way inside us.

No. The air that many of us breathe poses a far greater threat to our health than anything we’re inadvertently eating. According to the World Health Organization, nine out of every 10 of us on the planet are breathing toxic air of one sort or another, while seven million people every year are dying from pollution responsible for a range of fatal conditions, from heart attacks and stroke to lung cancer and chronic respiratory disease.

Seen in that light, a whiff of BPA, a plastic-enriched shellfish supper or a dose of mammalian excreta doesn’t seem all that bad.

Slice of pizza lightly garnished with rat hairs, maggots and insect heads, anyone?

All the art events this week