Menu
It was another blockbuster fortnight for the MENA region after a spectacular 90 medals were won at the 2020 Tokyo Paralympics. Check out our roundup of all the agony and ecstasy — as well as some firsts, some new records, and a whole lot of people making their country proud in this quadrennial celebration of sport. Al-Arayani on target but anguish for Al Hammadi The UAE’s sole gold of the Tokyo Paralympics belonged to sharpshooter... 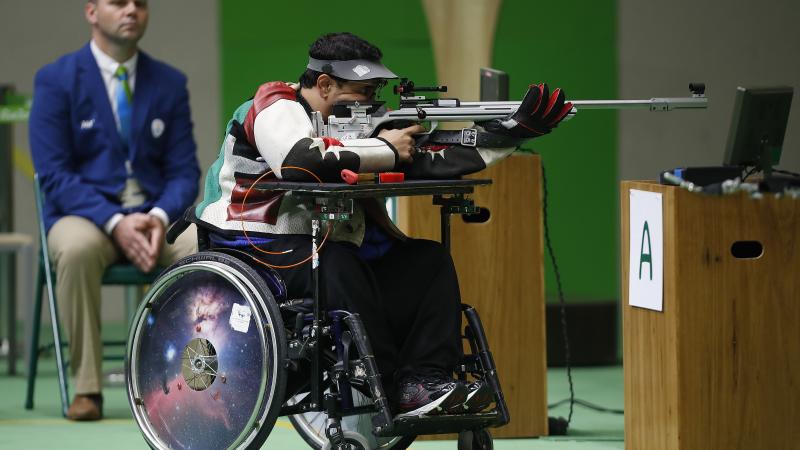 It was another blockbuster fortnight for the MENA region after a spectacular 90 medals were won at the 2020 Tokyo Paralympics. Check out our roundup of all the agony and ecstasy — as well as some firsts, some new records, and a whole lot of people making their country proud in this quadrennial celebration of sport.

Al-Arayani on target but anguish for Al Hammadi

The UAE’s sole gold of the Tokyo Paralympics belonged to sharpshooter Abdulla Sultan Al-Aryani, who kept his cool impressively to win the Men’s 50m rifle 3 positions SH1. Al-Arayni competed for the UAE’s national shooting team in 2000 but was left paralysed below the waist in a car crash in 2001. He  continued to hone his talent and won his first Paralympic gold in London, adding three silvers in Rio four years later. In Tokyo, he was crowned champion again.

“This surely was the toughest game I have ever played in my life. This is one of the biggest things that has happened to me,” Al-Arayni said. “And this time I’m even more happy than ever after the challenges I’ve been through in the last four years… I am very satisfied and proud of myself.”

Mohamed Hammadi who had been arguably the UAE’s leading gold medal hopeful in Tokyo, but the wheelchair sprinter was sadly unable to defend the Paralympic crown he won in 2016 in the 800m T34 category.

In a tense race, Hammadi was pipped by his long-time foe on the track, Tunisia’s Walid Ktila, with the Emirati claiming silver. It was Hammadi’s fifth Paralympic medal and second of the Tokyo Games having won bronze behind Australian Rheed McCracken and Ktila in the 100m T34.

“We have been racing against each other for a very long time. I win some and he wins some. This time it was his day,” Al Hammadi said of Ktila. “It is always disappointing when you come so close and lose, but that’s what these competitions are all about. I can still take a lot of positives from this result.”

A shot in the arm

Shot put has emerged as a dominant Paralympic sport for the region and there were again multiple successes in Tokyo. The pinnacle was the men’s F34 category, which brought a spectacular MENA one-two-three. Jordan’s world record holder Ahmad Hindi claimed gold, letting out a roar of joy as he realized he had claimed a new world record of 2.25m — beating his own mark, achieved in Dubai two years ago. Silver went to Azeddine Nouiri of Morocco and Abdulrahman Fiqi took home Qatar’s only medal of the Games with bronze.

Tunisia’s Raoua Tlili continued her domination of both the women’s shot put and discus — defending her titles in the events. She has now won three successive golds in the Shot Put F41 category. Tlili said: “All Tunisians gave me confidence, writing me on Facebook and Instagram saying, ‘Go Raoua, we expect your gold medals.’” Her compatriot, Nourhein Belhaj Salem, won silver in the women’s F40 category.

Few medals were celebrated as enthusiastically as that of Omani flag bearer Mohammed Jamil Al Mashaikhy, whose bronze in the F32 event was Oman’s first-ever medal, across either the Olympics or Paralympics. Al Mashaikhy chose the perfect moment to throw his personal best of 10.84m, with Oman Paralympic Committee (OPC) chairman Mansour al Tauqi understandably thrilled afterwards, saying: “It is a historic achievement by our hero Mohammed. It is a dream come true for him and we are all proud of him.”

Jordan’s Paralympic team finished with a record-breaking haul of four golds and a bronze — meaning a remarkable 50 percent of their 10-person team went home with medals. Hindi’s aforementioned shot put gold was the icing on the cake after a trio of powerlifting triumphs for Jamil Elshebli (men’s 107kg), Omar Qarada (men’s 49kg) and Abdelkareem Khattab (men’s 88kg).

All three became champions for the first time and for 42-year-old Elshebli it was particularly sweet as he first medalled at the Paralympics back in Athens in 2004, then competing in shot put before switching to powerlifting five years ago. Another of Jordan’s experienced athletes, 46-year-old wheelchair table tennis legend Khitam Abu Awad, also celebrated after winning her third Paralympic bronze. The 2006 world champion, who was born with spina bifida, also first competed at the 2004 Games.

Powerlifting has always been an area of success for MENA at the Paralympics, and Tokyo was no different, with 16 medals across the 20 men’s and women’s categories. The highlight was a MENA clean sweep in the Men’s 107kg, with Jamil Elshebli of Jordan taking gold ahead of Iran’s Mansour Pourmirzaei and Iraq’s Faris Al-Ageeli.

There were no golds for Egypt but six of their seven Paralympic medals came in powerlifting. Forty-year-old Mahmoud Attia won his first ever Paralympic medal silver in the Men’s 72kg. Mohamed Elelfat added a bronze to the silver he won at London 2012, while Rehab Ahmed matched the silver medal she won last time out in Rio de Janeiro in the Women’s 50kg

For others, medaling was bittersweet. Four-time Paralympic champion Fatma Omar was chasing a record-breaking fifth gold in what was her final ever competition. But while she fell narrowly short with silver in the Women’s 67kg, Omar still became the most successful powerlifter in Paralympic history, with her sixth medal putting her alongside Mexico’s Amalia Pérez. Elsewhere, Egypt’s world record holder Sherif Othman also came up short in his quest for a fourth successive gold in the Men’s 59kg category, taking silver.

On the right track

Saudi Arabia’s only medal of the Games came in the men’s 100m T53 as wheelchair sprinter Abdulrahman Al-Qurashi won bronze. Al-Qurashi was one of two athletes from the kingdom on the start line for the final with the 24-year-old, a graduate of Mecca’s Umm Al-Qura University, finishing ahead of teammate Fahad Al-Junaidel.

Elsewhere, Kuwait’s gold medal hopeful Ahmad Al-Mutairi had to settle for silver in a close-fought men’s 100m race. But it was the North African nation Morocco that really lit up the track with Abdeslam Hili, Ayoub Sadni and Amin El Chentouf emerging victorious in the men’s 400m T12, men’s 400m T47 and marathon T12 respectively.

El Chentouf, who has a visual impairment, also won the marathon at the Rio 2016 Games and compared himself to a Kenyan marathon legend after his victory, saying: “I am the Eliud Kipchoge of the Paralympics. Marathon is based on experience and I have got the experience.”

Tunisia celebrated track medals courtesy of silver for Farhat Chida in the men’ s 400 T38, as well as bronze for Somaya Bousaid’s in the women’s 1,500m T13 and Rouay Jebabli in the men’s 400m T12. There was North African one-two in the men’s 400m, with Algerian Djamil Athmani beating Morocco’s Mohamed Amguoun, while Athmani also took silver in the men’s 100m T13.

The best of the best

Iran’s “Dream Team” did it again in the men’s sitting volleyball event, winning a remarkable seventh successive Paralympic gold. The overwhelming favorites lived up to their top billing, beating the Russian Paralympic Committee in four sets in the final.

Their talisman was 2.46m Morteza Mehrzadselakjani, the joint-second tallest man in the world, who scored a mighty 28 points in the final.

“At first Morteza was very upset that all the attention was going toward him,” teammate Ramezan Salehihajikolaei said. “It bothered him a lot, but he has accepted the situation and tried to adapt himself to it along with the other members of the team. We had one goal. We wanted to reach that goal, and the best way is to unite together.”

Iran were the top ranked MENA nation at the Paralympics, finishing 13th in the medal table with 12 golds, 11 silvers and one bronze. Other Iranian highlights included inspirational former Olympian Zahra Nemati winning a third straight gold medal in archery, while Hashemiyeh Motaghian secured a first gold medal in the women’s javelin F56 thanks to a world record-breaking throw of 24.50 meters.

The skinny on going keto 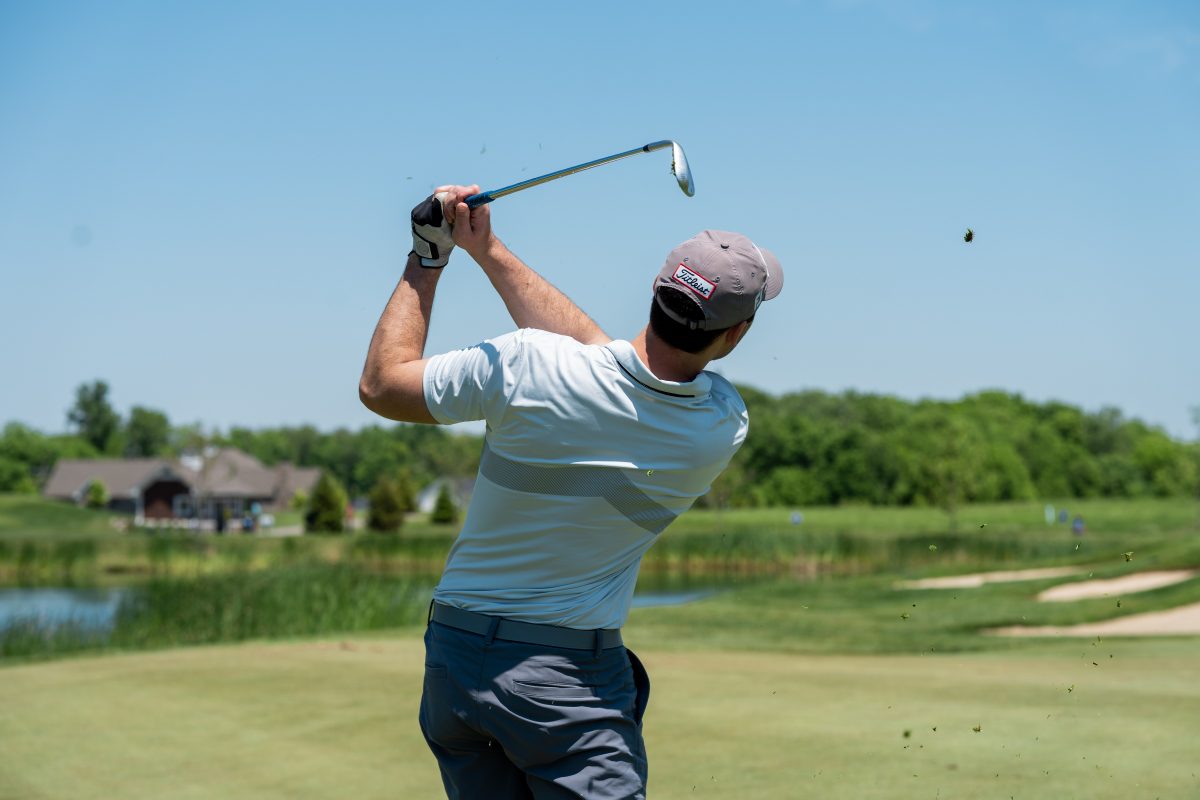 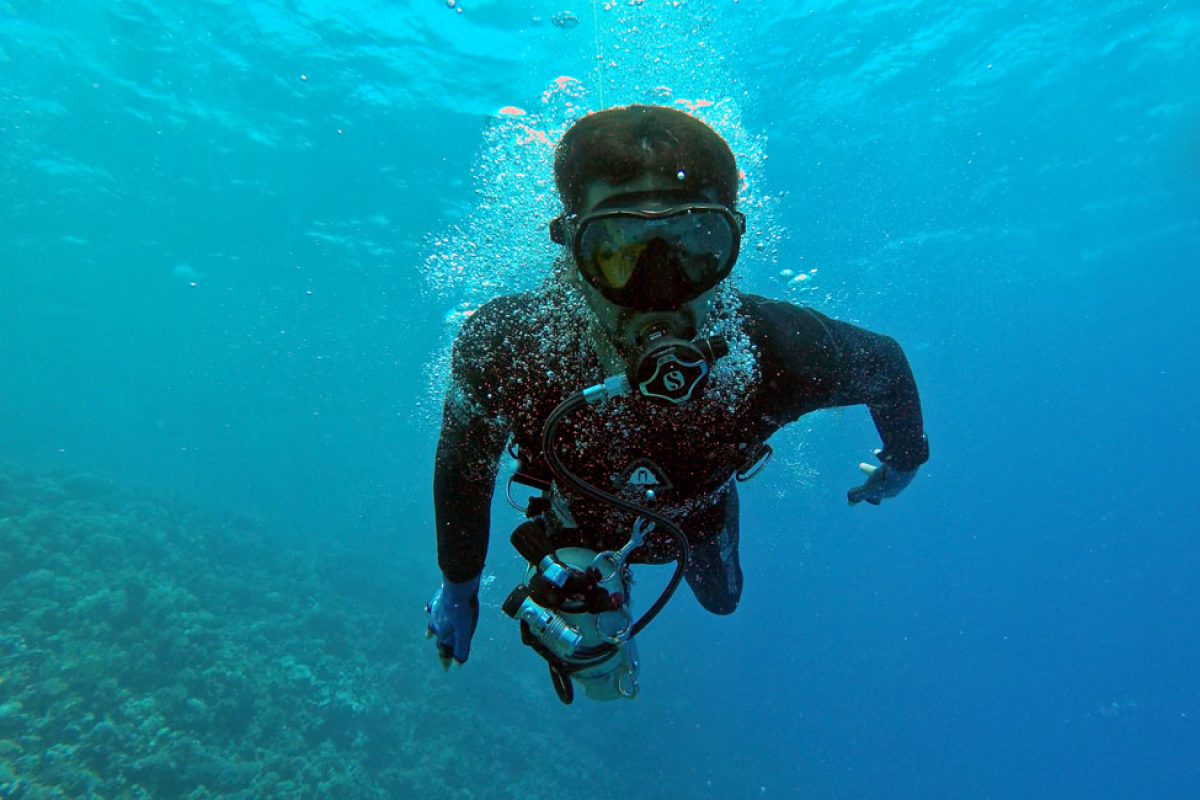