Menu
As the pandemic took hold and couples were able to spend more time together at home, the assumption was that one thing would lead to another and the result would be a baby boom around now. But the statistics don’t really bear that out. Birth rates have actually fallen for the past year since Covid-19 changed our lives.  According to microtrends.net, the birth rate for the UAE in 2020 actually dropped by 0.88 percent from... 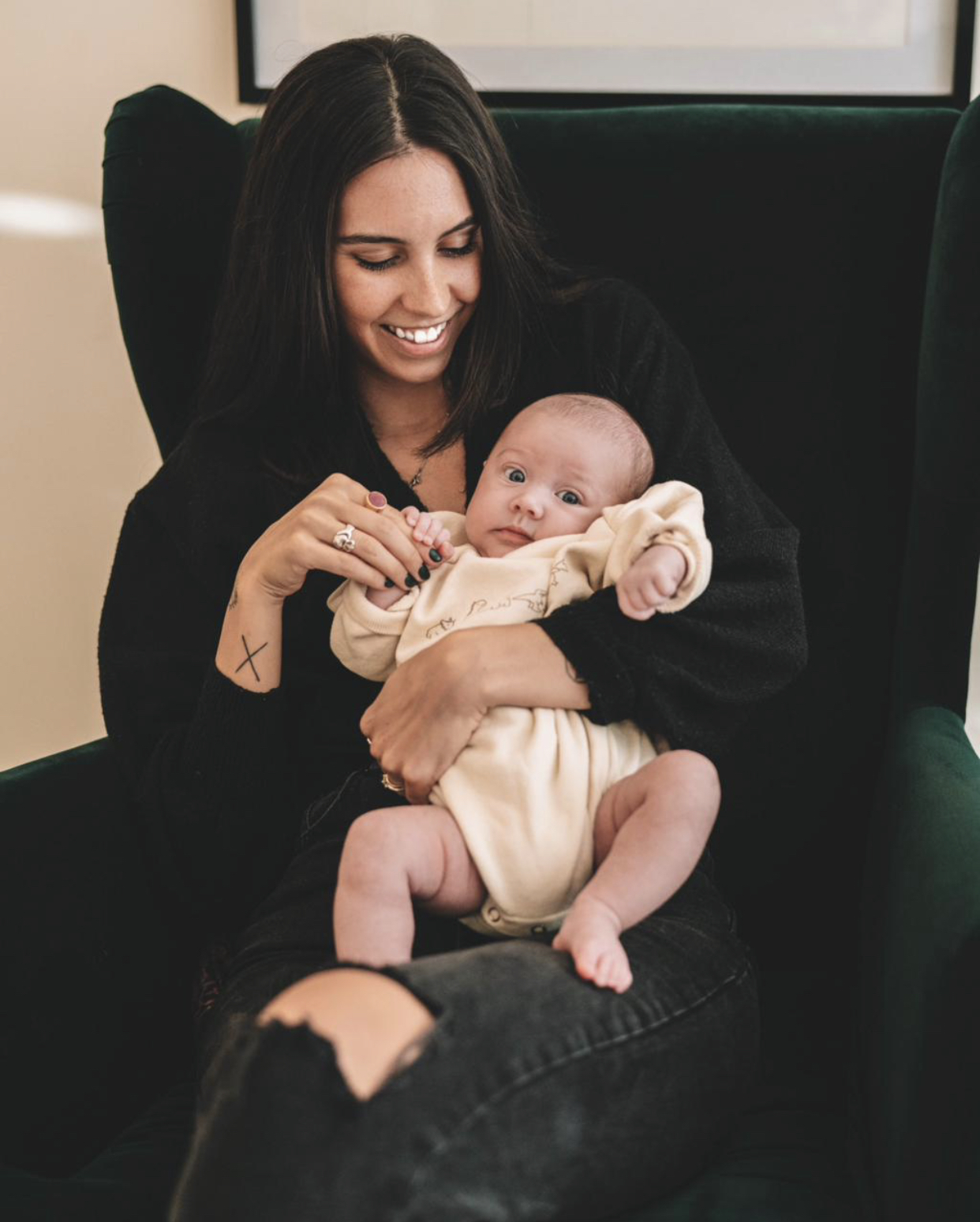 As the pandemic took hold and couples were able to spend more time together at home, the assumption was that one thing would lead to another and the result would be a baby boom around now. But the statistics don’t really bear that out. Birth rates have actually fallen for the past year since Covid-19 changed our lives.

According to microtrends.net, the birth rate for the UAE in 2020 actually dropped by 0.88 percent from 2019, to 10.200 births per 1,000 people. But those who did have a baby, the experience of pregnancy and giving birth turned out rather differently from what they expected.

Ryen Hammond, who is from the US, had originally intended to wait a little longer before starting a family. But the pandemic changed the timeline and she and her husband David now have a baby daughter, Ruby.

“We used lockdown as a reason to try for a baby,” says Ryen. “All our travel plans got canceled for the entire year so it seemed like a good time. We were going to try later in 2020 but Covid speeded that up by a few months.”

New mother Sarah Bahar, was actually in the process of relocating from the UAE to Saudi Arabia during her pregnancy. Under normal circumstances, that would have been a seamless process but having a baby and moving to a new country during the pandemic caused a great deal of emotional distress.

“It’s been a real mixed bag of emotions,” she says. “We experienced non-stop uncertainty. At one point we had no salaries coming in and we were waiting for the borders to reopen so we could relocate to Saudi as my husband had accepted a job just before Covid really took hold. I had plans in place to deliver in the UAE, KSA, the UK and France, because we really didn’t know what was happening with relocation or where we would be.”

In the end, Sarah had her baby in Dubai and credits the UAE government’s response to the virus for a safe delivery.

“My experience in a Dubai hospital was brilliant. All the workers, from doctors to security guards, managed to keep us safe in challenging circumstances. And they did it with smiles on their faces, which definitely helped keep the concerns at bay.”

Sarah’s husband left to start a new job in Riyadh just one week after their son Milio was born. It wasn’t ideal and the uncertainty around UAE border closures made the separation extremely difficult.

“The stress and anxiety morphed into depression,” she says. “I was so sad that time kept passing that I knew we’d never get back. We kept holding on to the fact that it was temporary and we were blessed to have a healthy, beautiful boy. Now our family is together in Saudi and we have nothing but gratitude”.

Abu Dhabi residents Andy and Dani Cole welcomed their second baby on March 31, 2020. Having undergone an emergency c-section for her first delivery, Danielle describes the second birth as “a dream” by comparison.

“In terms of hospital procedure, there was limited difference,” she says. “Andy was there in the delivery room, having had a PCR test the day before, and actually, there were fewer staff coming in and out due to the restrictions. I could have had visitors, but we elected not to due to the risks.”

While hospitals have responded quickly and effectively to Covid-19, the downside seems to be adjusting to ever-changing protocols.

“The only problem was communication,” says Dani. “We weren’t told until the day we arrived what the process would be. The hospital seemed to take it for granted that as long as they knew, I would just go along for the ride. That was frustrating”.

Worries about the medical implications of Covid has meant that going through pregnancy and giving birth during the pandemic has taken an extra emotional toll on new parents.

“To be honest, the process has definitely been quite lonely,” says Dani. “Having to go to scans on my own was stressful in the earliest days. Lucy was my sixth pregnancy and after so many previous heartbreaks, that was scary to face ‘alone.’ Of course, in the early days, protocols were more uncertain and you were never quite sure how best to keep safe, so it made even basic things like going to the shops stressful.”

Thankfully, Andy was able to witness the birth of baby Lucy but his being around the family was often was  the thing he worried about the most.

“I work in a school and Dani is high-risk due to lupus, so it did up the stress,” he said. “Fortunately, the pregnancy went perfectly, something I attribute to the reduced stress for Dani since finishing work. Waiting for the phone to ring after each scan was terrifying too. I felt guilty for not being there even though I wasn’t permitted to be.”

One unexpected benefit for the Coles was that the nursery Dani worked at shut down due to the pandemic. Consequently, she was at home while she waited for Lucy’s arrival and was able to concentrate  on two-year-old Chloe.

“That was a special time that I’m glad I had,” says Dani.

The Coles also hit a sweet spot – albeit an expensive one – with the timing of Lucy’s birth and travel regulations between the UK and the UAE.

“My incredible mum came out and spent nine weeks with us, at incredible expense thanks to the UK hotel quarantine rules and visa extension costs,” says Andy. “Lucy was also planned for the middle of spring break, so I was able to save my paternity days for when my mum left. All in all, it worked out well, although five days is preposterously short for paternity leave.” 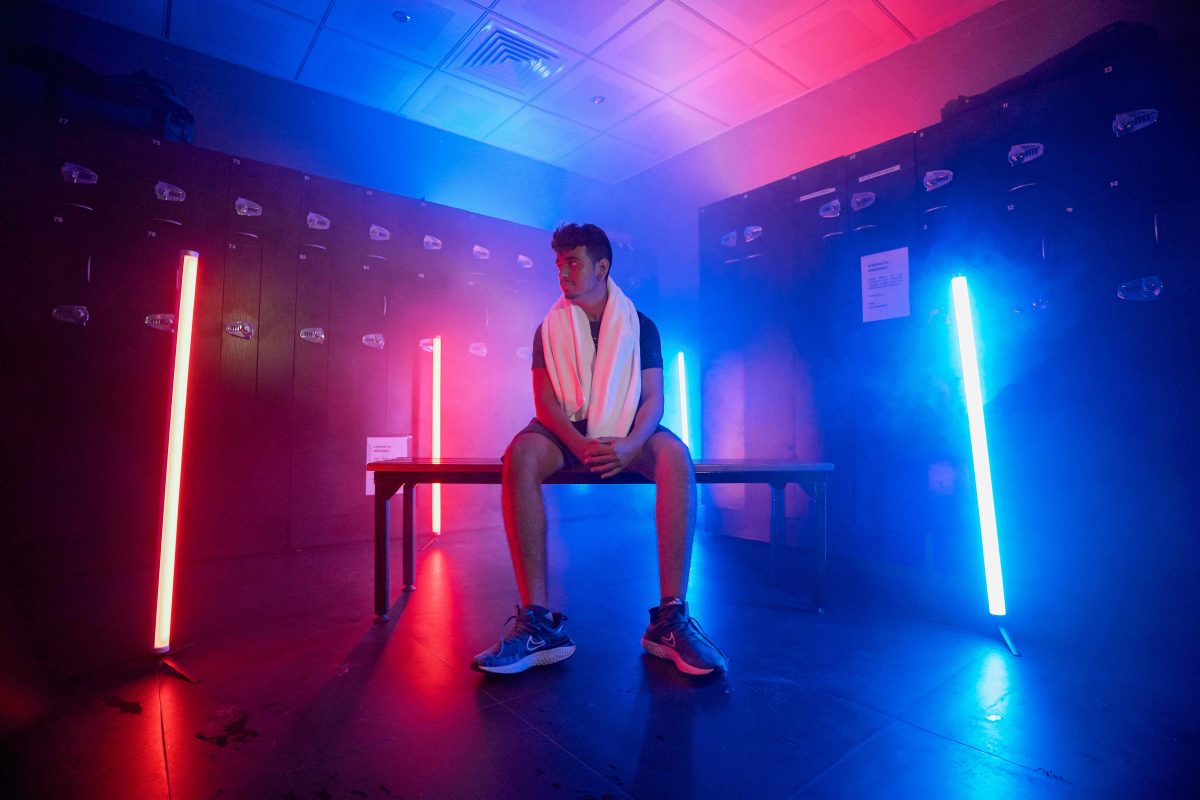