Menu
Padel is the upbeat, exciting and ultra-trendy new kid of the sporting world. Best described as a cross between tennis and squash, and boasting a legion of celebrity fans, it’s fast, fun, riotous and one of the fastest-growing sports across the globe. Players in the UAE have thoroughly jumped on the craze, with new clubs popping up all the time. Even some tennis courts are being turned into areas to play this cooler-than-cool new racket... 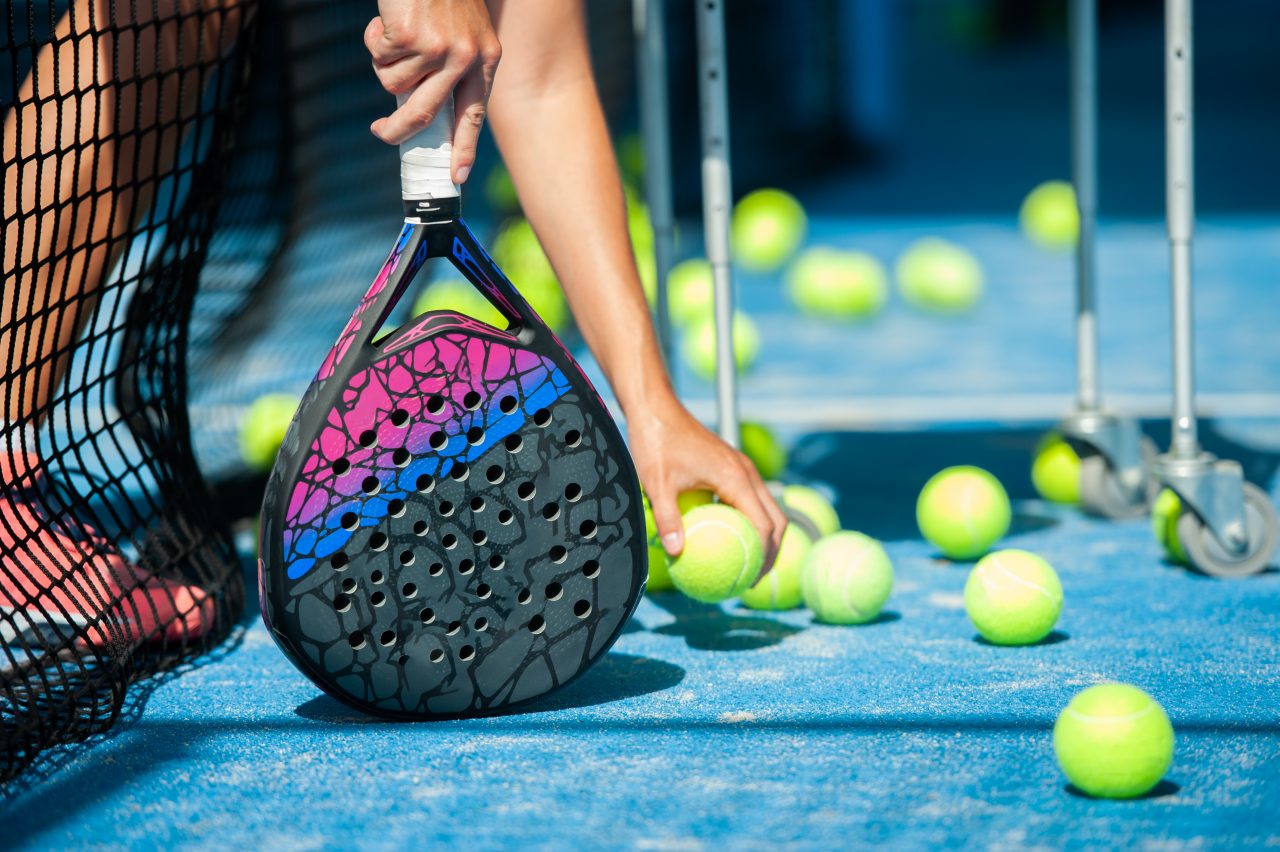 Padel is the upbeat, exciting and ultra-trendy new kid of the sporting world. Best described as a cross between tennis and squash, and boasting a legion of celebrity fans, it’s fast, fun, riotous and one of the fastest-growing sports across the globe.

Players in the UAE have thoroughly jumped on the craze, with new clubs popping up all the time. Even some tennis courts are being turned into areas to play this cooler-than-cool new racket game.

Invented in Mexico in 1969 and officially recognized as a sport in 2019, each match is played with stringless bats on courts that are about 25 percent smaller than tennis courts. Players are allowed to hit the ball off the walls, and shots must be taken underhand from below, or at waist height.

Despite just reaching its third anniversary as an “official” sport, there are already an estimated eight million people globally playing this utterly addictive, lively and dynamic new game.

Where can you play in the UAE?

Dubai has loads of state-of-the-art options, including Smash Padel and Fitness Club, Padel Point (which also has a Sharjah branch), Real Racquet Academy X Dubai Golf and perhaps the trendiest padel clubs of all, Matcha Club Padel & Movement and The Alley DXB. This cutting-edge destination offers the only dark padel courts in the UAE, complete with glow-in-the-dark markings and novelty luminous balls.

Meanwhile, Abu Dhabi Country Club was the first location in the capital to launch its own courts in 2018, and you can now also play at other sporting hotspots such as Emirates Palace, Let’s Padel Academy, ESS Padel Club and, most recently, Zayed Sports Academy (ZSA).

Offering group and private lessons at Zayed Sports City and ACTIVE on Al Maryah Island, Sigi Meeuws, director of ZSA, also happens to be a keen padel player and a member of the UAE Padel Association (UAEPA).

“Padel is exploding in UAE and so it’s difficult to put a number on how many people are playing it, but there are definitely new clubs opening on almost a fortnightly basis,” he says.

“With indoor and outdoor courts now widely available, padel can be played all year round and the UAEPA have wasted no time in making the most of its surge in popularity. We have a full schedule of official ranking tournaments with a different event happening nearly every weekend. The media is also helping to increase interest and it’s amazing to see that Sharjah Sports will be broadcasting the World Padel Tour live in the UAE.”

What’s so great about padel?

A friendly and welcoming game for all ages and fitness levels, but still invigorating to play competitively, there are lots of reasons why so many people have fallen in love with this relatively young sport.

Abu Dhabi resident and UAEPA member Haya Osmani has become absolutely hooked since she started playing a year ago, and she wants to encourage more women to give it a go.

“It took my husband around two years to convince me to play padel with him, but funnily enough I’m now the one who’s competing in tournaments and staying up late to watch tip videos on YouTube,” she says.

“Padel is such a social and fun sport. Besides improving my agility and helping me burn unwanted fat, it’s also the perfect way of washing away any worries. I love that it lets me disconnect from the outside world and lose track of time. I feel so much more productive and energized from the moment I leave the padel court.”

Lots of tennis players are naturally drawn to padel. Nour Nehme, also based in Abu Dhabi and a keen fan, adds: “Padel is so fun and there are so many people playing now. I feel like it has a huge future here in the UAE and I’d say the current competitive scene is actually larger than the one we have for tennis.

“I love the sense of community at ZSC and playing is a great stress relief. It brings me so much happiness and we have amazing facilities. It’s so exciting to witness the growth of padel and be a part of it.”

What skills do you need?

Despite only taking up the sport in November last year, Sigi is already playing in UAEPA’s silver (intermediate) tournament category, and he is quickly on his way to transitioning to gold.

“Padel requires a lower level of skill and ability compared to other sports. Everyone can play and have fun from their first time,” he explains.

“This means you can get involved in match play tournaments earlier. With other racket sports you need to practice quite a lot before joining competitions, but with padel you are able to get involved immediately.”

Next year’s event promises to be even bigger, and Haya, along with the rest of the UAEPA’s members, is proud to be part of this growing community.

“I usually train twice a week at Abu Dhabi Country Club,” she says. “But now that more courts have opened up, I’m able to play at least four times a week.

“I try not to play with the same people all the time, as you learn more when you’re exposed to various levels and styles. Although I am quite competitive by nature, I tend to focus more on how my partner and I perform, rather than whether we win or lose.”

How’s it for fitness?

Being fast and physical, Sigi explains that it’s also an incredible workout: “As you’re moving around constantly for 90 minutes, padel naturally burns loads of calories. Plus, because the ball can bounce off the wall behind you and come at you from every different angle, it also improves coordination and spatial reasoning.”

The tennis coaches at ZSC are now also recommending that their students branch out.

“I was always a bit intrigued by the idea of padel, but it was my tennis coach who pushed me to give it a go,” says Nour.

“I’m so glad I did and now we both play together. It’s really improved my fitness, and my tennis game. Both sports involve skills like volleys and, to an extent, smashes too.”

For more about the UAE’s padel scene, visit the UAEPA’s website.

Inside the UAE's 'sober curious' movement

Where to find Black barbers and braiders in Abu Dhabi