Menu
This story is part of livehealthy.ae’s partnership with Covering Climate Now, a global collaboration of more than 300 news outlets launched to strengthen coverage of the climate story leading up to the United Nations Climate Action Summit.     Lacertid lizards are adapting to climate change across a wide variety of environments, but they are starting to disappear from cooler regions and won’t be able to cope with rising temperatures forever, according to a new study... 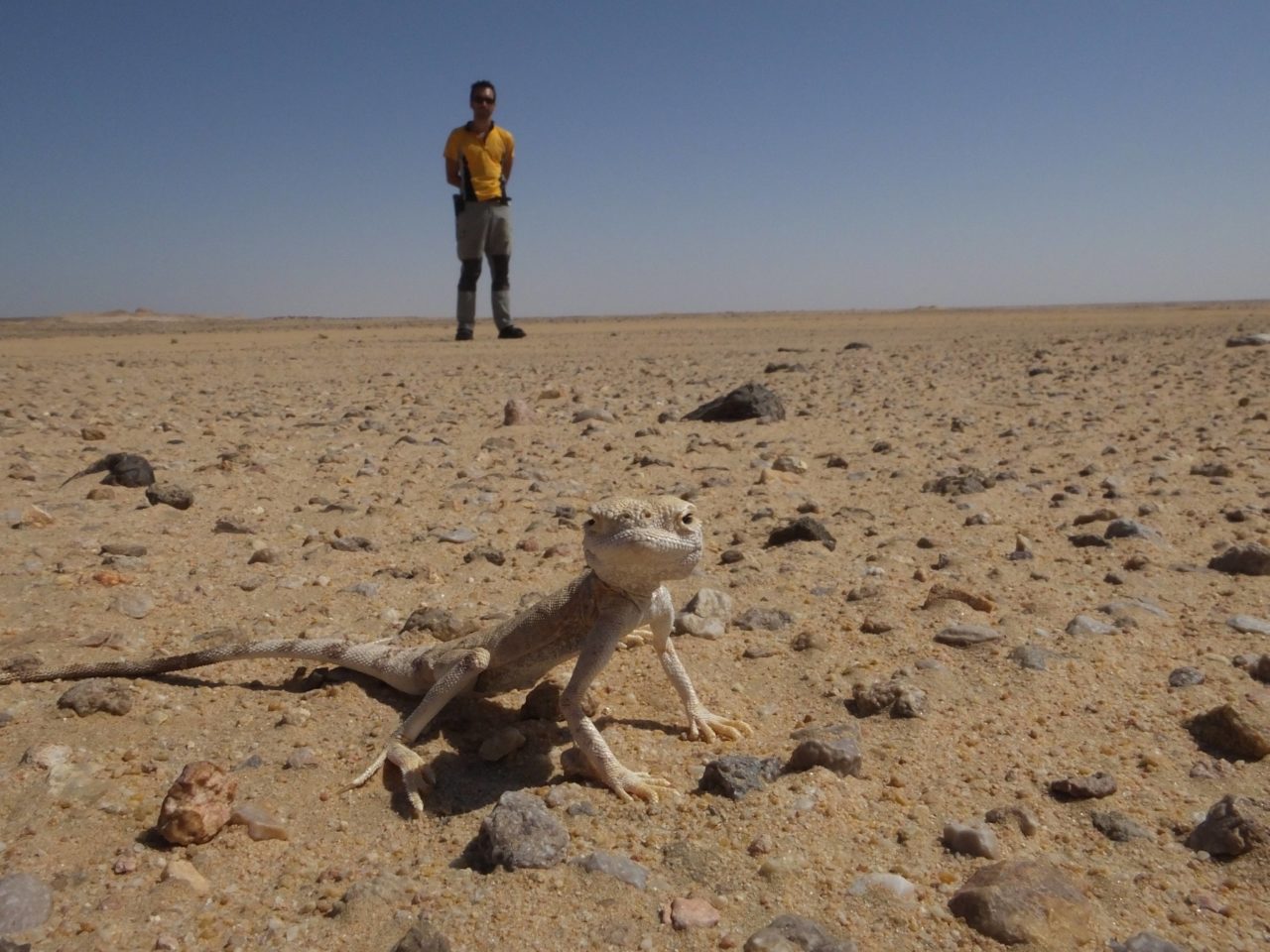 This story is part of livehealthy.ae’s partnership with Covering Climate Now, a global collaboration of more than 300 news outlets launched to strengthen coverage of the climate story leading up to the United Nations Climate Action Summit.

Lacertid lizards are adapting to climate change across a wide variety of environments, but they are starting to disappear from cooler regions and won’t be able to cope with rising temperatures forever, according to a new study led by NYU Abu Dhabi.

Sometimes called true lizards, lacertid lizards arose millions of years ago and represent 340 species across Europe, Africa, and Asia. They require warmth and sunlight to boost their body temperature and support their metabolism. And as the predominant lizards in Europe, they have served as a model group in hundreds of physiological, ecological and evolutionary studies.

Their habitats range from the blazing heat of the Sahara-Arabian desert to the chilly mountain regions of Europe. One species, the viviparous lizard, even reached the Arctic Circle — making it farther north than any other reptile.

The study, which involved 45 researchers across 17 countries and was published in the journal Nature, used DNA sequencing methods and analysis of fossils to reconstruct the evolution of 262 species of the small to medium-sized lizards. The physiology data gathered on their thermal preferences and water-loss rates, combined with new genomic data, created a new picture for the researchers.

“We were able to better understand how past and present climatic environments experienced by lacertids have shaped the species’ diversity, physiology and molecular evolution,” says NYU Abu Dhabi post-doctoral associate Sebastian Kirchhof, a researcher on the project. “The locally observed extinction of certain cold-adapted species might be evidence that they are unable to cope with the current pace of climate change.”

As a previous study revealed, there is evidence that the Common lizard (Zootoca vivipara) has disappeared from numerous locations especially in the Pyrenean Mountains in Europe, Kirchof tells livehealthy.ae

Researchers fear that tropical forest lacertid lizards, which already operate at body temperatures close to those of their environment, may be the next species to go as temperatures increase. And as for desert lizards, Kirchof says rising temperatures will shrink the amount of time they can exist above ground and push them into thermal refuge below, where they cannot look for food or mates during breeding season. Also, once they become dehydrated, they are even more sensitive to a rising body temperature.

“At some point in the near future, a threshold will be reached beyond which the time available for a diurnal [day-active] lizard will be too short to find enough food to survive and the populations in the hottest and driest areas of the distribution ranges will go extinct,” he says.

The first author of the study, Joan Garcia-Porta, researcher at the Centre for Research on Ecology and Forestry Applications, CREAF,  Spain, who is currently at Washington University in St Louis, US, said: “We found in these lizards a strong adjustment between physiology and environmental temperature and this likely makes them very sensitive to global warming”.

As for how other species will fare, “it really depends on knowledge of their ecological tolerance, and there is very little information”, says Dr Jacky Judas, manager and scientific adviser in terrestrial biodiversity at Emirates Nature WWF.

“Most species have an adaptation to living in their environment, but climate change might induce some effects such as a rise in temperatures, a change in rainfall occurrence and humidity and how species will react to that is difficult to predict as long as you don’t have the basic knowledge of ecological tolerance.”

Unlike lacertid lizards, desert lizards in the UAE, which prefer high heat and have low water-loss rates in an environment where conditions are already harsh, should be more able to resist drought and heat waves — but only to a point.

“We might think that they would adjust to a certain level of climate change, but we don’t know up to which limit, because they might already be very close to their physiological limits,” said Dr Judas.  “A small increase in temperature might not affect them, but we are not sure.”

And if one species has trouble adapting to the environment, it can affect the overall ecosystem, says Dr Judas. “Further research is needed to continue to understand more about how the ecosystem functions and it might take years to understand the trends.”

In the meantime immediate precautions are needed to protect biodiversity, including “a network of protected areas to secure the species living in the UAE environment to improve their resilience”, he says.

One of the reasons other species are struggling to adapt involves migration, explains Dr Thomas Lovejoy, senior fellow at the United Nations Foundation and professor in environmental science and policy at George Mason University.

“Most of them will have to move to track their required living conditions, and we have turned most of our landscape into obstacle courses,” he explained. “One of the important things to do is to put natural connections back into the landscape. If you look at any landscape on the planet, as humanity has modified it, nature tends to survive in fragments and that makes it an obstacle course when organisms are trying to move.”

Without limiting global warming to 1.5 degrees Celsius above pre-industrial levels, there is a “very high probability” that many species will become extinct.

“We should make it easier for them to move and track their conditions,” says Dr Lovejoy. “Monitoring them is also key, because then we can actually intervene in ways that increase their ability to survive.”

From gazelles and camels to oryx and night gerbils, the UAE has a number of different species that have been able to adapt to rising heat so far. But researchers must examine how they will cope in a future where temperatures rise further.

“I am not sure how they will cope with climate change,” said Dr Salvador Carranza, researcher at the Institute of Evolutionary Biology (CSIC-UPF) in Spain, who worked on the NYU Abu Dhabi study. “Maybe they won’t suffer as much as the lizards, but they might also move to other areas geographically and find places that are less hot. But their adaptations are incredible.”

Those species living in high altitudes with colder climates, such as reptiles in the Hajar Mountains or Jabal Akhdar in Oman, are expected to struggle the most, he adds.

“The situation reported in the paper is one of the few studies that have been done globally,” says Dr Carranza. “The high mountain species are more complicated, as they are restricted to high altitudes and they might suffer more.”

When it comes to protecting species, such as lacertid lizards, he recommended a combination of behavioral change and a reduction of fossil fuel use. Monitoring how wildlife is coping and adapting is crucial.

“It can help to be alert and to see how their behavior changes and if some populations are going extinct,” Dr Carranza concluded. “Such animals have been around for millions of years and some might disappear, but the Arabian fauna is very well adapted to cope with high temperatures. I am more worried about high-altitude species.”

This story has been updated to reflect new reporting.