Menu
To Nir Levi, it’s simple: many of the problems and systems we face today are the result of a relatively newfound ability to imagine — aka make up stories — about what is happening and the way things should be. This tendency to live in the past and future, and get caught up in our fears and insecurities, is often our undoing mentally — and physically, because the mind and body are one. “We have understand... 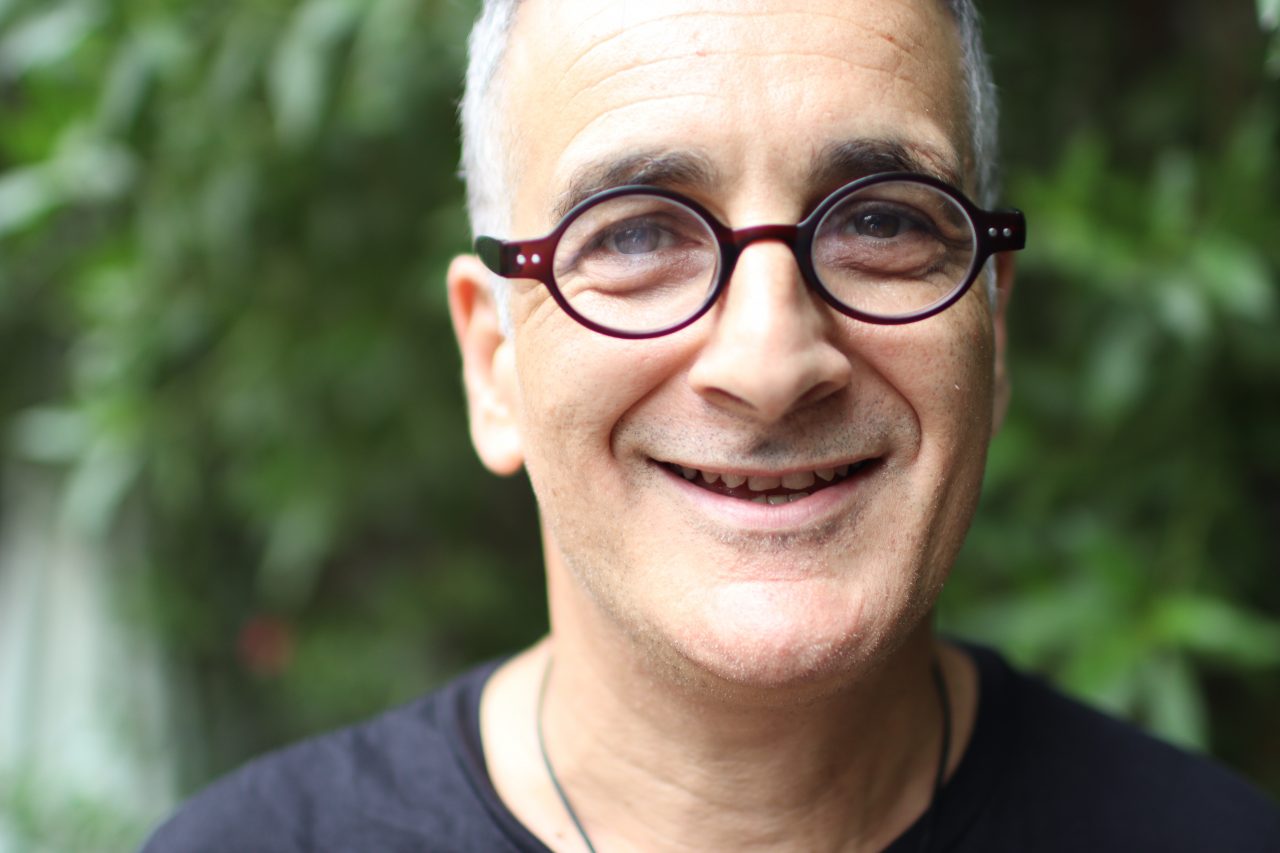 To Nir Levi, it’s simple: many of the problems and systems we face today are the result of a relatively newfound ability to imagine — aka make up stories — about what is happening and the way things should be.

This tendency to live in the past and future, and get caught up in our fears and insecurities, is often our undoing mentally — and physically, because the mind and body are one.

“We have understand what’s happened in the last 50, 60, 70,000 years to understand why, bizarrely, we became the sickest animal in nature,” he tells me. “We can fly to the moon and Mars soon, but every fly, frog and snake outside is much healthier than us.”

Nir made a major shift in life more than three decades ago, moving from the diamond dealing business to the healing arts field. He’s been a physical bodyworker and therapist for the National American surfing team, he’s worked with abuse victims, and with actors and others in the Hollywood film industry. He’s been involved in founding and opening three schools, and travels to offer treatments and training courses around the world.

The Nir Levi Method incorporates practices developed thousands of years ago to deal with what was already emerging then: chaos, stress and pain. Those include a blend of Taoism, Buddhism and Ampuku, which is traditional Japanese abdominal acupressure;  the 5 elements theory (in Chinese medicine, the basic elements of the material world are wood, fire, earth, metal, and water). His approach is exploring and attempting to restore the tight connection between humans and nature – a connection that grows ever more precarious.

The imagination Nir speaks of, our “bio-subjectivity”, has created all of the useful and beautiful and terrible things that surround us today: think the Burj Khalifa and Beethoven and, well, war.

In the grand scheme of evolution, it’s all relatively new, this “bio-subjective reality” of ours, which is why it’s a very confusing for our  brain to process, creating anxiety, instability and fear.

The connection to health comes when we factor in a move from hunter-gatherer roaming, climbing and surviving to the repetitive movements we adopted as we evolved — like those involved in farming, and using our mobile phones — as well as an increasingly convenient and sedentary lifestyle.

“Animals and humans both have immune systems that are built on our ability to express energy that is inside the body,” he explains. “Energy that goes in must be expressed out; if it isn’t, it goes to the weakest part of our body, and it spreads.”

The Nir Levi Method is a counter-measure to all this: a body reading and treatment approach that is deeply rooted in Eastern medicine, using different kinds of stimulation on qi (energy) points located along the body’s meridians.

The goal is to stimulate these points, release muscle tension and create energy movement, all helping the body to heal.

Nir sees a lot of different people, all seeking to feel better, more connected, less anxious and fearful. Maybe even to root out physical pain and process past painful experiences. He sees some very sick clients, with a variety of health problems. On his most recent visit, he had two women in their 30s, each told their cancer has progressed to a point doctors can do nothing more. Both were left with the realization that everything they thought was important wasn’t, he says, with resignation and recognition.

A typical Nir Levi Method session starts with a few questions: what is your family situation? How is your health? Your digestion?

The sessions themselves are wordless: subjects lay face down on a massage table as Nir massages and manipulates up and down the spine, across the shoulders, down the arms and legs, into the feet. It’s a bit like a reflexology treatment for the whole body. In between he plays a mad percussion at various points on the body, often for several minutes at a time. There’s also a lot of whisking, where he sorts of moves his hands as if clearing crumbs away. His precise touch gets at those little knots in the shoulders, and he’s deft at finding pain points, but nothing about the treatment is painful.

Then he does the same sort of thing down the front of the legs and arms. There is an abdomen massage of sorts; also working down the back of the neck.

If you are lucky, you may feel some beautiful waves of calm emanating from your core; a sensation of a lightness, which Nir explains is the body incorporating what’s just happened. As for takeaways, Nir does not meditate — or ask anyone else to. Instead, his request is that people go away with one simple practice: spending 30 seconds taking 10 deep breaths at two-hour intervals throughout the day.

This task is simple, but impossible for most people, at least at first, he says. The mind will run away by the third or fourth every time. But he promises that this practice will change everything, offering the grounding, safety and stability that most people need. This work is outside of him, he says, and entirely up to the individual. Only they can make the contract to do it, and only they can figure out how to honor it.

Taking the plunge with freediving