Menu
I didn’t always crave sugar or feel shame when I ate it. When I was a toddler, my mother used to leave me a little pile of raisins or marshmallows on the kitchen table so I could grab a snack when I wanted. By all accounts I hate them sparingly and happily. When I was a little older, she’d hand me a little bag of soft banana candies from the corner store when we went... 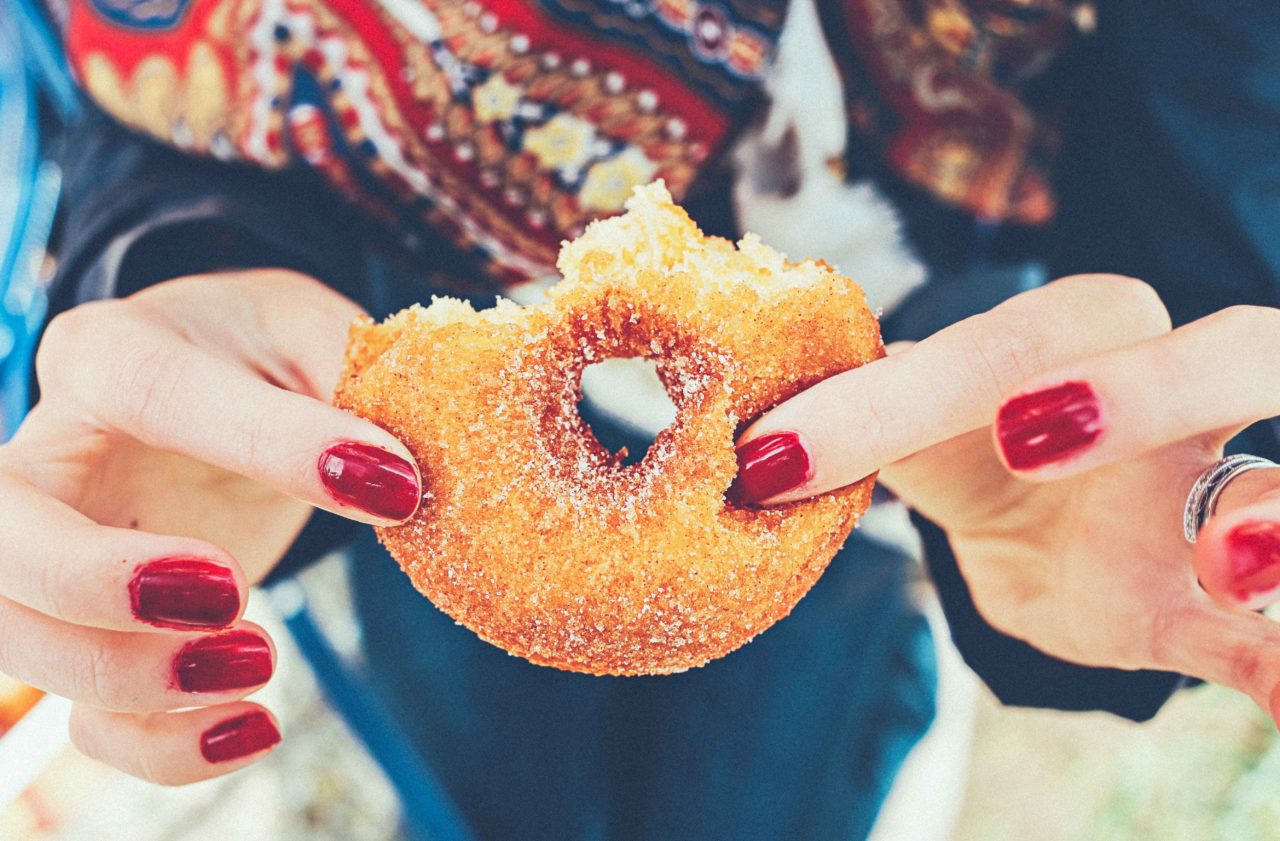 I didn’t always crave sugar or feel shame when I ate it. When I was a toddler, my mother used to leave me a little pile of raisins or marshmallows on the kitchen table so I could grab a snack when I wanted. By all accounts I hate them sparingly and happily.

When I was a little older, she’d hand me a little bag of soft banana candies from the corner store when we went to the hairdressers, probably to keep me quiet. I can only remember munching on them, content to just be with her.

By the time I was in 6th grade, however, I was overweight and had started binging on sugar in earnest. I had developed an early love of baking, my speciality chocolate chip cookies. I soon acquired a taste for the dough, raw eggs and all. Sometimes I’d sneak so much when my parents weren’t looking that I would make myself ill. Some days I would come home from school and if no one was around, make just the dough and eat it quickly before anyone could find out.

I started eating chocolate bars whenever I could get them. At the hockey rink. After school. At home once, I ate the better part of a container of ready-made chocolate icing after spotting it in the refrigerator. I used my allowance to buy some more at the store, hoping no one would be the wiser. My mom knew, though – they always do. She didn’t accuse me  directly. Instead, she would comment that it looked like someone had eaten all the icing and then replaced it, trying to make it look the same by eating some more off the top. I don’t know if I confessed, but I do remember the guilt and shame.

Those feelings followed me into my twenties. My journals are full of written remorse after ‘bad’ days when I had eaten four Mars bars or gorged on saltine crackers smothered in Skippy peanut butter. It’s the way I felt as a working journalist, giving in to the never-ending array of doughnuts and sheet cakes that are part of office life. I would return for seconds, thirds and fourths, embarrassed but unable to stop. I never understood the compulsion, thinking it was just my own lack of willpower, and I always hated myself for it.

Now there is mounting research indicating that sugar is an addictive drug. The latest study to reach this conclusion was conducted at Aarhus University in Denmark and published in January’s Scientific Reports journal. Researchers observed how pigs behaved when they were served sugar-laden water.

“After just 12 days of sugar intake, we could see major changes in the brain’s dopamine and opioid systems,” says Michael Winterdahl, one of the main authors of the study. “In fact, the opioid system, which is the part of the brain’s chemistry that is associated with well-being and pleasure, was already activated after the very first intake.”

It took until my early-30s to start to understand it wasn’t all my fault. By then, the no-carb Atkins Diet was the big thing and I tried it. I don’t know that I lost any weight or even needed to, judging from the pictures. But after just a few days off bread and pasta and anything baked or sugary, I began to change my thinking forever about the way I ate.

Some research helped me realize I felt so good on Atkins because for once, my blood sugar was relatively stable. That was the beginning of the end of bingeing for me and my weight has remained relatively stable since. (I also tackled the emotional factors, but that’s another story.) I still eat sugar, with awareness, and mostly natural versions like maple syrup, or honey.

The livehealthy.ae team – obviously a switched-on bunch – experienced the sugar rollercoaster last year when one member brought in a box of doughnuts. I ate one and then another and only stopped myself from having a third because someone had wrapped up the rest and put them in the refrigerator and I thought it would be too obvious if I took one. I felt the same shame that had haunted me before, but this time I drank a lot of water and moved on. Later, when we had a discussion about it, we all realized we had gone through the same thing.

What I wish everyone who is still on the sugar rollercoaster could realize – and there are many out there, judging by all those grocery carts I see filled with processed baked goods and fizzy canned drinks at the checkout –  is that sugar is a big part of bad food decisions.

You are not weak or stupid or a lesser person because you can’t seem to stop eating. There are almost always emotional factors at play and those should be dealt with. However, make no mistake about it – sugar us a drug and a toxin.

In the end, all the intellectual reasoning in the world is no match for what happens when sugar enters the bloodstream and hits the brain. Obviously, it affects some people more than others,  because everyone is different. But the UAE is facing a diabetes and obesity crisis along with the rest of the world, which equates to a lot of people who are unhappy and unhealthy but may not necessarily know why.

So why not try to open yourself up to learning about how it affects you in particular? You don’t have anything to lose. Life will still be sweet if you minimize the role of sugar in it. In fact, you just might find yourself more content, stable and centered – not to mention healthier – if you do.

Marathon training is good for your heart and mind