Menu
Muay Thai is known as the sport of eight weapons because it employs fists, elbows, knees and feet.  “This ability to use the entire body and the philosophy of Muay Thai is why I teach it,” explains coach Yazan Yaseen.  The 34-year-old Jordanian coach, an instructor at the Abu Dhabi-based outdoor gym Strike.ae, says Muay Thai is helpful in almost any circumstance.  “If someone is trying to attack you in an elevator, for example, you... 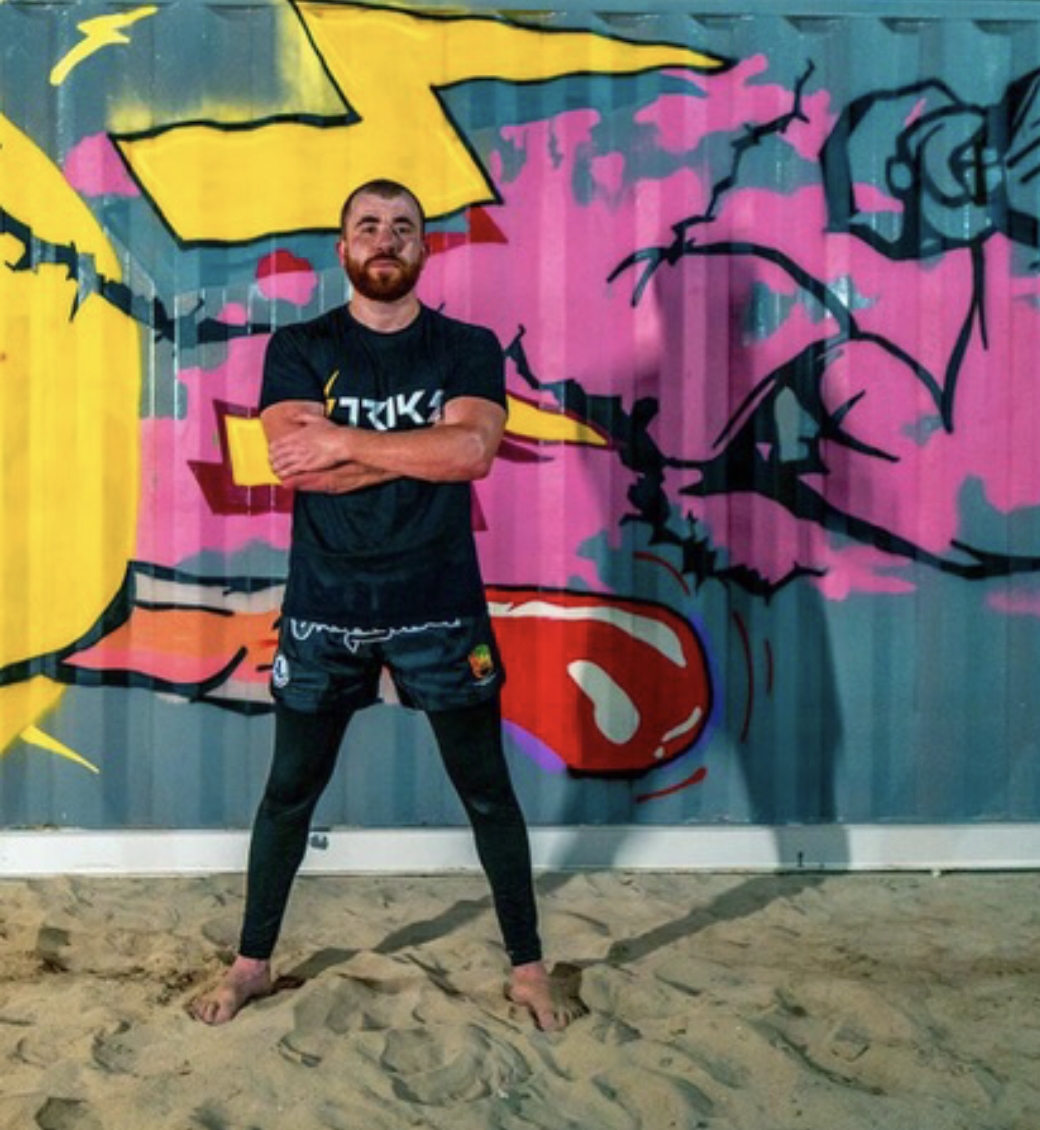 Muay Thai is known as the sport of eight weapons because it employs fists, elbows, knees and feet.

“This ability to use the entire body and the philosophy of Muay Thai is why I teach it,” explains coach Yazan Yaseen.

The 34-year-old Jordanian coach, an instructor at the Abu Dhabi-based outdoor gym Strike.ae, says Muay Thai is helpful in almost any circumstance.

“If someone is trying to attack you in an elevator, for example, you probably can’t use your legs to kick. In this case, your arms are trained to respond to the attacker with a punch or clench.”

Muay Thai fighters need to have a strong foundation in boxing and kickboxing, as well as the ability to integrate skills from other martial arts.

Yaseen initially started training in karate when he was just four years old. Along the way he picked up expertise in a variety of methods – arnis (weapon-based fighting, it is the national martial art sport of Philippines), kickboxing, sanda (a form of martial arts developed by the Chinese military), sambo combat (amateur wrestling originating in Russia), gymnastics, and parkour.

Yaseen’s method focuses on skills, fitness, thought and philosophy. He is a mentor as well as an instructor, offering guidance and perspective.

As Fadi Hijazeen, a Jordanian Muay Thai fighter who has been training with Yaseen for almost a year, puts it: “I am being trained by one of the best in the industry and I also gained a brother.”

Natalie Safa trained with Yaseen and is now a Muay Thai coach herself.

“Coach Yaseen has his own unique way when dealing with his students. He maintains a positive mental attitude, educates and empowers his students, always ensuring he gives 100 percent in delivery. He bonds with each and every student and makes sure they feel safe.”

Yaseen works on the foundations of movements, starting with punching and boxing before moving on to kickboxing. Once students gain the correct body form, he teaches them how to use their elbows.

Muay Thai is fundamentally an aggressive and dangerous sport, but as Safa points out: “With practice of the right technique and proper defense, one can minimize injuries.”

Hijazeen said Yaseen had even helped him heal from prior injuries.

“Following his advice helped in reducing the back pain I had been suffering from for a while,” he says.

“Muay Thai gave me the fitness and confidence to break into anything,” he says. Rock climbing is his most recent new activity.

Safa says the sport helped her get through college, making her mentally tougher, providing endorphin rushes and also “equipping me with self-defense skills.”

As his students grow more comfortable and adapt to the sport, Yaseen witnesses how that self-confidence extends to outside the Muay Thai ring.

“I have had trainees who were very aggressive in their day-to-day lives when they first came to me,” he says, “They were troublemakers, but after training in Muay Thai and unleashing their energy in the ring, they became much calmer. They trust their strength and the fact that they could tackle any physical confrontation, so they feel like they have nothing to prove.”

Yaseen has competed globally in karate and arnis, winning a gold medal in the 2007 Arnis Championship in the under 70 kg category. For the last three years he has served as a judge for the UAE Muay Thai and Kickboxing Federation.

While there is room in the sport of Muay Thai for all ages, Yaseen stresses that it is not for everyone.

“It’s about honesty,” he says. “If I get a new student who doesn’t show any improvement in the first month, I will tell them that this is not the sport for them.”

An ultramarathon a day: 'I thought I’d just go a little bit further'