Menu
Dee Popat has lived with multiple sclerosis (MS) for 25 years. She was officially diagnosed in 1997 but in hindsight realizes that she began experiencing symptoms two years prior, following a car accident. Dee’s symptoms, which were attributed to whiplash, included “weird feelings, such as a day or so of numbness in my right leg and then everything was normal or episodes when I could only see partially from one eye”. Finally, after two years... 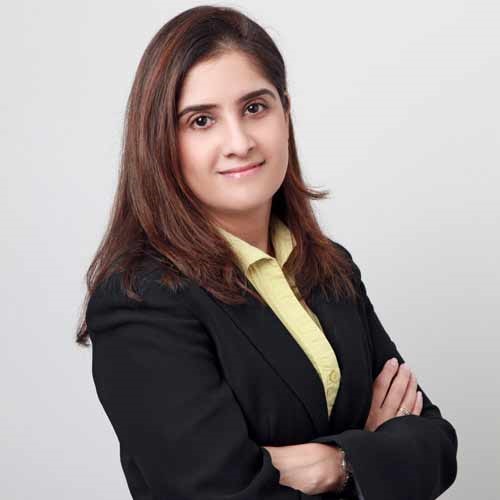 Dee Popat has lived with multiple sclerosis (MS) for 25 years.

She was officially diagnosed in 1997 but in hindsight realizes that she began experiencing symptoms two years prior, following a car accident. Dee’s symptoms, which were attributed to whiplash, included “weird feelings, such as a day or so of numbness in my right leg and then everything was normal or episodes when I could only see partially from one eye”. Finally, after two years of testing, she was given a diagnosis of MS (Remitting, Relapsing).

Initially relieved to have a formal diagnosis; something to call all the symptoms she’d been struggling with.

“Previously, there was always a possibility of this or that — various illnesses were suggested by the doctors — and then once I was diagnosed and it began to sink in, it was some sort of grief that I was feeling,” she said. “It’s hard to explain that feeling… I guess like a feeling of loss.”

Although the exact cause of MS is unknown, it involves a complex process that triggers the immune system to attack the brain and spinal cord. The resulting damage to myelin, the protective layer insulating wire-like nerve fibers, disrupts signals to and from the brain. This interruption of communication signals causes a range of unpredictable symptoms include numbness, tingling, mood changes, memory problems, pain, fatigue, blindness and even paralysis. Everyone’s experience with MS is different, which means symptoms may be temporary or long-lasting. Awareness events for MS are held in March and April around the world, with World MS Day held on May 20 2022. In the US, MS Awareness Week is March 13-19 2022; in the UK it’s April 25 to May 1 2022.

For the first 10 years or so post-diagnosis, Dee lived a normal, symptom-free life, apart from an annual or biannual relapse. However MS is a progressive disease, which ultimately affected her lifestyle.

“In the last few years my life has been changed significantly, to the extent that I am much slower physically as I am having more ‘short circuits’ than I did previously,” she explains. “This is expected as the disease progresses… I had to give up one of my greatest pastimes, which was dancing. This really took some getting used to, as I loved to dance. I took part in dance shows and was even an extra in a Bollywood film after my diagnosis.”

Despite that loss, Dee remains undeterred when it comes to other things she’s passionate about and can still navigate.

“I would like to think that even today, there is not much that I can not do, but I am slower, so it could take me longer to finish a task,” she says. “I am a lawyer by profession and work full-time, without any problems. Thankfully, I have a great support network at work. I love to serve my clients and it brings me a lot of satisfaction when I can work effectively for my clients to obtain the results that they desire. I have always found that keeping your mind occupied helps lessen any physical pain that you may experience with MS. I love to travel, socialize and go to events. Although I tire easily, I rarely miss an opportunity to get out and about.”

Dee has lived in the UAE for nine years and experienced two major relapses during that time. Fortunately, she had good medical coverage.

“At the time of the relapses, the insurance covered all aspects, including in-patient facilities. The usual treatment for a relapse, dependent on your symptoms and diagnosis, would be a course of steroids and potentially a dose of IV steroids for a couple of days, depending on the severity of symptoms.”

One challenge on the medical side is that neither of the hospitals where she sought treatment in Dubai had an appropriate team that specialized in MS, only a more general neurological staff. Dee complained, hoping it might result in better staffing options for MS patients in the future.

“I have seen that the quality of care varies vastly depending on which medical facility you attend,” she says. “I was initially shocked by this. I have a good few neurologists, but I have not been able to find one whose sole specialty is MS. I also find that there are no holistic approaches and that you are left to find different specialists yourself.”

Going forward, Dee would like to see neurologists and pharmaceutical companies working together to inform patients on MS developments and therapies that are available in the UAE.

“I also believe that support groups or interactive sessions would greatly benefit patients with MS, their carers, their families, and anyone who wants to know more about the disease,” she says.

On World Multiple Sclerosis Day, Dee has this message for anyone facing a new diagnosis, or struggling with a relapse or progression: “Never to give up on yourself and if you put your mind to it, there are many hurdles that can be overcome. You may not be able to cure an illness but you have it in you to lead your best life.”

Baraa El Sabbagh: 'With every rep you're supposed to be taking a breath'

'Should stretching be the new taboo?'