Menu
If you thought vegans were weak, Mohammed Hindawy - athlete, boxer and owner of his own vegan products company - might convince you to think again. 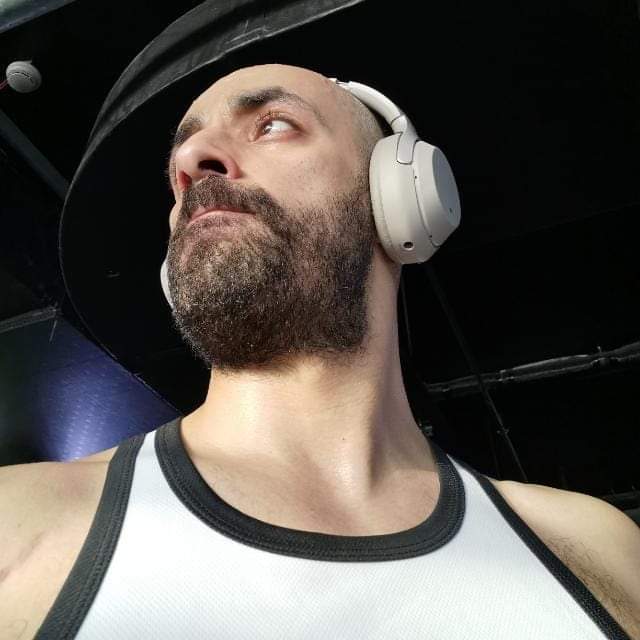 Mohamed Hindawy, aka Mr Vegan ME

Mohammed Hindawy is a rarity in the UAE. An athlete, boxer and jujitsu fighter, he has also been a vegan for seven years. He imports vegan foods, supplements and products and sells them online and through gyms, groceries and local eateries under the banner Mr Vegan ME. The British-born Egyptian, who lives in Abu Dhabi, tells Livehealthy how radically altering his eating habits made him a far healthier, fitter sportsman and gave him his business idea.

What made you become a vegan?

It started off in Egypt, where I grew up. My Christian friends would fast with me during Ramadan and I began fasting with them during Lent, when they basically went vegan. I went vegan with them and I noticed that my gym results started shooting through the roof. I was lifting weights that I knew I couldn’t have lifted without taking a course of testosterone replacement, which I never did.

I noticed I was sleeping better and waking up feeling super energetic. I had hypertension issues but going vegan fixed that and all my other issues. I tried eating meat again for a while, just to see the difference, and I was like a sloth in the morning and had trouble getting to sleep at night. I tried going vegetarian but that didn’t work. I tried going pescatarian and that was awful. I had made a New Year’s resolution to go vegan and so I thought, why wait?

I had a Brazilian friend who was vegan and he started to explain veganism to me. His approach was to tell me to read about it because it’s a science and not just a diet.

Then I started reading up on the ecological and socio-economic effects of eating meat. We could feed way more people in the world if we avoided meat and eggs and ate more legumes, vegetables and rice, and we can also avoid animals suffering for us. The animals are the reason I am vegan today. Mr Vegan donates 10 percent of profits consistently to Rescues of Abu Dhabi, Stray Dogs Center UAQ and Animals and Us Fujairah.

How did your family and friends react?

I got a lot of kickback. Sacrificing the sheep for Eid is a sort of passage to manhood in our culture. My friends were disbelieving. They’d say thing like, “You’re the biggest meat eater ever, so who are you doing this for?”

My dad is an eminent botanist but even he kicked back. He’d say, “‘Yes, I know it’s better for you but still, it’s our tradition.'” But even though he thought what I was doing was wrong, he still helped me by explaining things.

What does your diet consist of?

In the morning before my workout I have a smoothie with a cup of oats,a cup of pumpkin seeds, a scoop of protein powder and some fruits to give me that sugar kick.

For lunch I’ll have a cup of steamed peas, beans, carrots or okra, broccoli, Brussels sprouts with some steamed rice or pasta. I also have vital wheat gluten, which is basically wheat granules. You add a cup of it to baking powder, make a dough and add any herbs and spices you want, then cut the dough into small pieces and add it to vegetable both and simmer for an hour. You end up with chunky lumps with a meat-like texture, which is how they make vegan meat and fish.

Dinner is usually whatever is left over from lunch or if I’m trying to lose weight,  I’ll have some nuts.

How do you feel about plant-based meats?

They take away a lot of the benefits of being vegan, and I wouldn’t recommend them. You only have to look at the ingredients listed on the pack: how many are there and how many of them do you know? It’s full of chemicals.

You can get your protein naturally from food, which you can digest easily, or you can eat all those chemicals and two or three months later, you’ll say being vegan didn’t work for you. That’s why I went hunting for vegan meat and I found the one I sell, which I get from Texas. It has only one ingredient – textured pea protein. We know what peas are, don’t we? And there’s no soy, no preservatives and 40g of protein per serving.

Those replacement meats contain protein and yes, they taste good, but now veganism is going mainstream and getting endorsements from celebrities and that’s never a good thing, even if they are vegans.

For lunch I would have a whole packet of pasta and half a chicken. Eating so much [non-organic, non free-range] chicken and eggs messed up my hormones. Nobody told me they were full of estrogen and therefore not good for me.

So you didn’t just eliminate meat?

I used to eat a lot of Middle Eastern deserts. During Ramadan, I would eat a kilo of Qatayef, which are sweet dumplings filled with honey and nuts and sugar syrup. When I went vegan, I realized that was why I was so heavy.

If I have sugar now, it’s natural sugar. Every so often  I might have one of my vegan candies because people still get cravings.

What brought you to Abu Dhabi?

I came seeking new opportunities. I graduated  in accounting and commerce and I’ve done financial auditing, data analytics and cyber security. I created the cyber security system for the Central Bank of Kuwait and have done work for some of the ruling families across the region.

But I wanted to change my life. In Abu Dhabi I got my first ever nine-to-five job, working as a compliance manager and found myself with lots of extra hours, so I started my business.

I started off by looking at the problems I had as a vegan, like finding good vegan proteins. Over the next 18 months to two years, I bought every brand of protein there is – about 40 to  50 of them – and tried them all and when I found a good one, that’s when I started my company.

Are big brands jumping on the bandwagon now?

The big, non-vegan brands see that vegans are buying protein. They already have all the facilities in place for manufacturing and marketing, so they throw in a load of ingredients and call it vegan. The texture or the flavor is often bad but they don’t care about quality, or that it doesn’t have the proper amino acids –   they just want in on that market. The quality of the amino acid chain is very important because there are different proteins for different functions – for muscle recovery, tissue recovery and so on.

What kind of products do you offer?

A lot of people get put off by veganism.  How do you combat that?

By leading by example and holding yourself accountable for your actions. The perception of vegans, especially from a masculine perspective, is that they’re weak or just a bunch of hippies. If you think I’m weak, come do a gym session with me and we’ll see whose stamina lasts longer.

Where can we buy Mr Vegan products?

From the website, Mrvegan.me and from Souq Planet, and we deliver all over the UAE.

Mohammed Hindawy, aka Mr Vegan, was a guest on the Livehealthy podcast on June 9, 2021.

Keep tabs on your health with an annual check-up

Clarity Coach: 'In the end you’re going to have to face yourself' 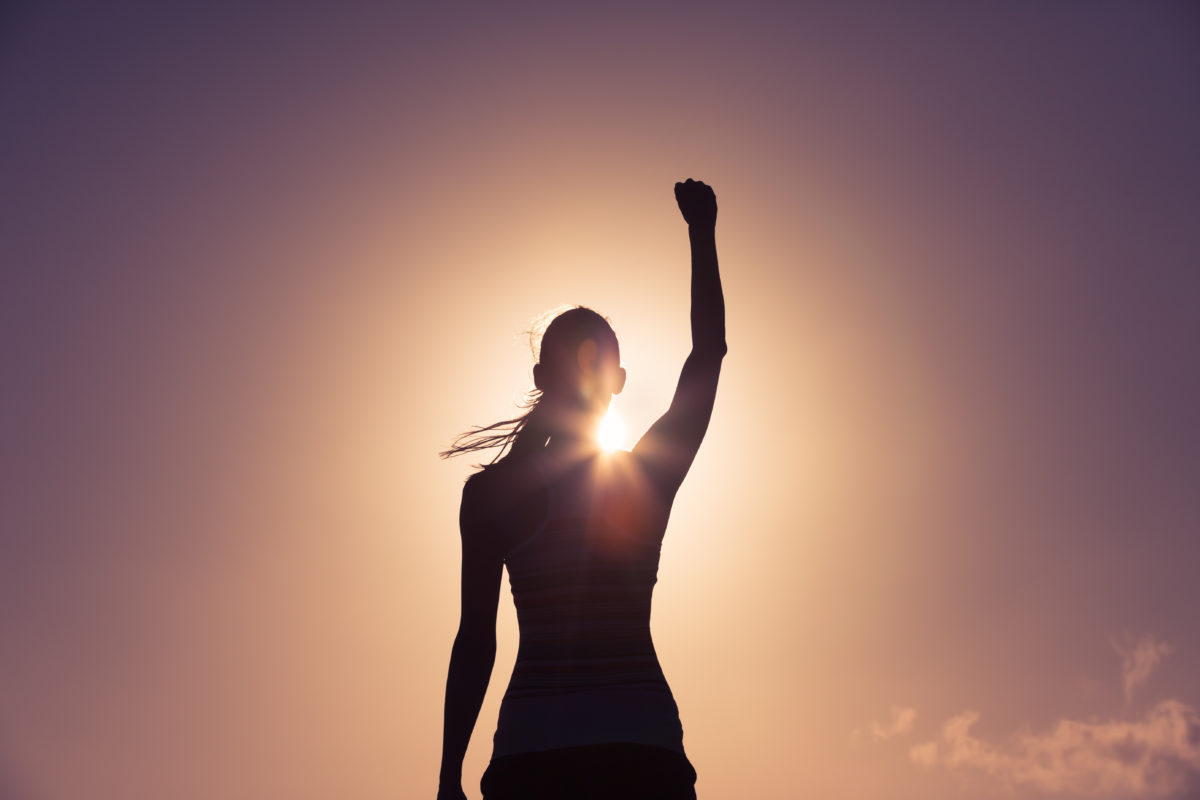