Menu
Carlos Mendez Esquivel understands what it is to be a yoga skeptic. When his brother came back from college at age 18 expounding the virtues of the practice, he laughed off it off as just a way to meet girls.  Fast forward two decades and Mendez is very much a convert. After going through a period of significant stress and anxiety in his life, his doctor in Mexico recommended he try yoga. That was 11... 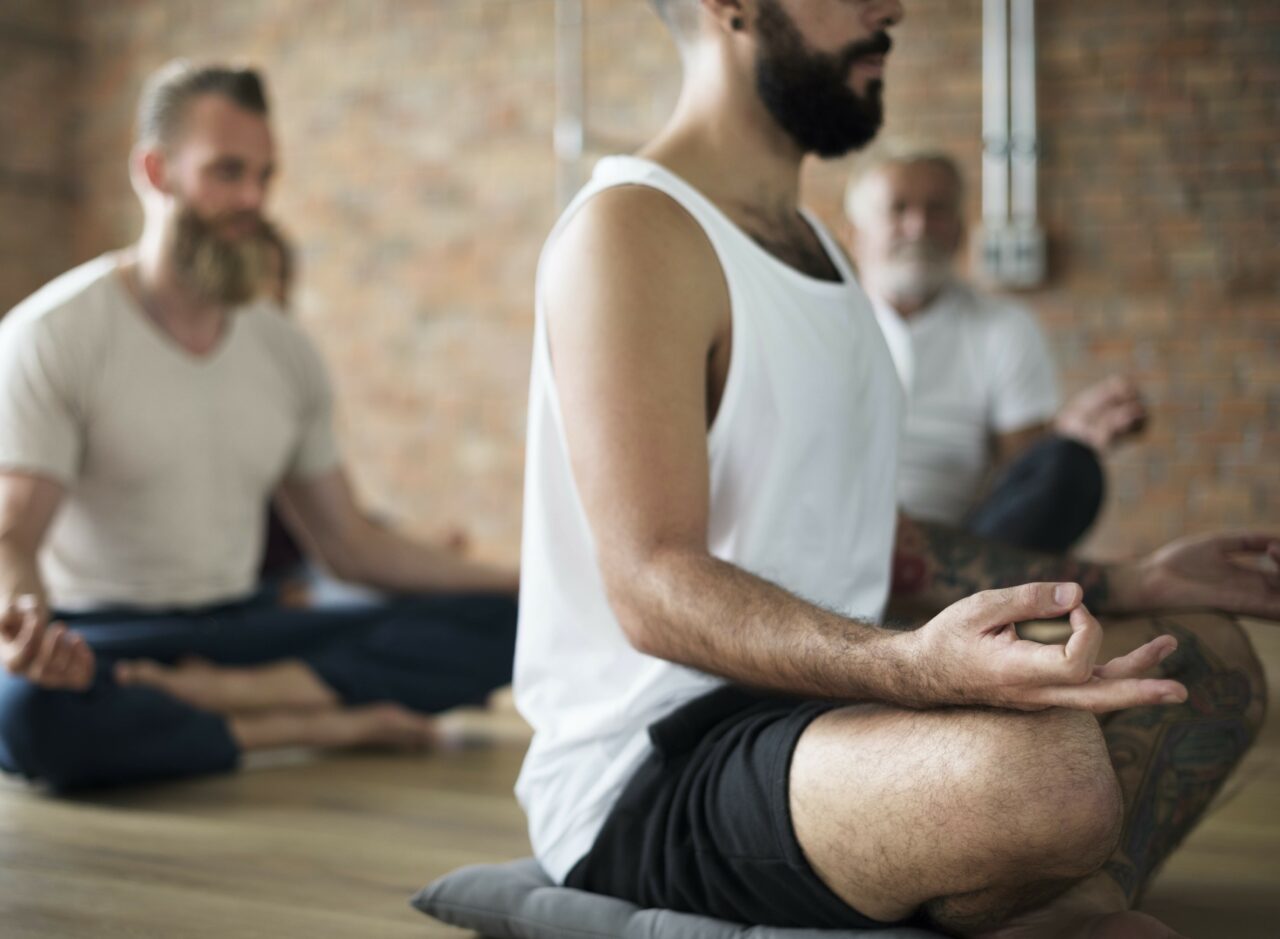 Carlos Mendez Esquivel understands what it is to be a yoga skeptic. When his brother came back from college at age 18 expounding the virtues of the practice, he laughed off it off as just a way to meet girls.

Fast forward two decades and Mendez is very much a convert. After going through a period of significant stress and anxiety in his life, his doctor in Mexico recommended he try yoga. That was 11 years ago and Mendez, now a qualified instructor at Bodytree Studio Abu Dhabi, is trying to encourage more men to do the same.

“Most men never take the time to just stop and breathe,” Mendez says. “Yoga is an hour that you can dedicate to yourself, where you don’t think. Every practice is different, but in every practice the constant is chill, breathe and move.

“Your focus will get better, stress levels and anxiety will be reduced and you will be more introspective than you’ve probably ever been.

“We are so distracted in life, not really paying attention to ourselves, so I tell people who are new to yoga that even just having that one hour a week can be hugely valuable.”

Reduced stress and increased flexibility are two of the more regularly-cited benefits of yoga, but a number of studies have also discovered it can have a positive impact on male reproductive health too.

An article in the World Journal of Men’s Health in October 2020 pointed out that men who practice regularly can expect to see improvements in “hormonal secretion, age-related decline in testosterone levels, reproductive behavior and mood.”

This built on a 2010 study in the Journal of Sexual Medicine which examined the effect of a 12-week yoga camp on 65 men. Surveyed before and after the camp, the men witnessed almost universal improvements in areas including satisfaction and performance, leading researchers to conclude that “yoga appears to be an effective method of improving all domains of sexual functions in men.”

Mendez has seen similarly positive results – both physiologically and emotionally – among his male clients.

“I’ve spoken to guys who have noticed a major change in their sex drive thanks to yoga. Their libido has substantially increased and for some people it is life-changing for that to happen. It is a major positive.

“Your hormones are more balanced and work better after practicing yoga and that produces a ripple effect that reaches different aspects of your body.

“That could include a notable boost in testosterone if you continue to practice regularly, which can obviously affect sex drive positively. It can also help people feel more in control of their stress.”

There has certainly been an increase in male participation in recent years, but despite the scientific research and the best efforts of instructors and male yogis in the UAE, a certain stigma attached to yoga still appears difficult to shake.

“At its simplest level, most guys think yoga is only for ladies,” Mendez states. “Actually, it is a little more complex. Men have an encoded chip in them that says, ‘If I cannot do it or don’t believe I can do it, I will not try it.’ They fear looking foolish in the company of people who are already flexible and it is this inferiority complex that puts most men off. Of course you can try telling them that practice makes perfect but they are more likely to just give up, whereas ladies will persevere.”

Mendez hosted introductory classes for men at Bodytree Studio in Abu Dhabi during Men’s Health Awareness Month in November and he feels that the male-only environment was more conducive to continuing past the initial session.

“Each class was different so sometimes I had the alpha, challenge-driven men who tried to show off and either broke themselves or got hooked and want to try more. Then there are the quieter guys who just give it a go and usually try to stay within their limits.

“We saw people buddy up and then after a few weeks or months they can reflect together on how inflexible they were and how far they’ve come. The difficulty with these male-only classes is that as soon as they get their confidence up, they tend to move on to the mixed classes.”

For 39-year-old Mendez, there is no silver bullet when it comes to increasing male participation in yoga, but he feels that word of mouth remains one of the strongest tools.

“We need more men encouraging other men to do it,” he says. “I’m an instructor so obviously, I will say how great yoga is, but it is when friends and family recommend it that people are more likely to give it a go.

“I know one guy who started classes and he loved it so much that he would bring his friends – a new one every week. Even if only one of those continues and then brings another new guy with him, we will see the numbers go up.

“Ultimately we want to help as many men as possible feel the benefits, whether that is hormone balance, mobility or mental clarity.”

Endometriosis: We don't have to live with pain