Menu
Everyone knows what yoga is these days, but what about hand yoga? Mudra, to give it its proper name, is the practice of placing the fingers into prescribed positions, or mudras, to diagnose conditions, assist in healing and to improve and maintain good health and well-being.  As a practice, it is as ancient as yoga (the earliest texts date back to between the 4th and 5th centuries) but far more subtle – so much so... 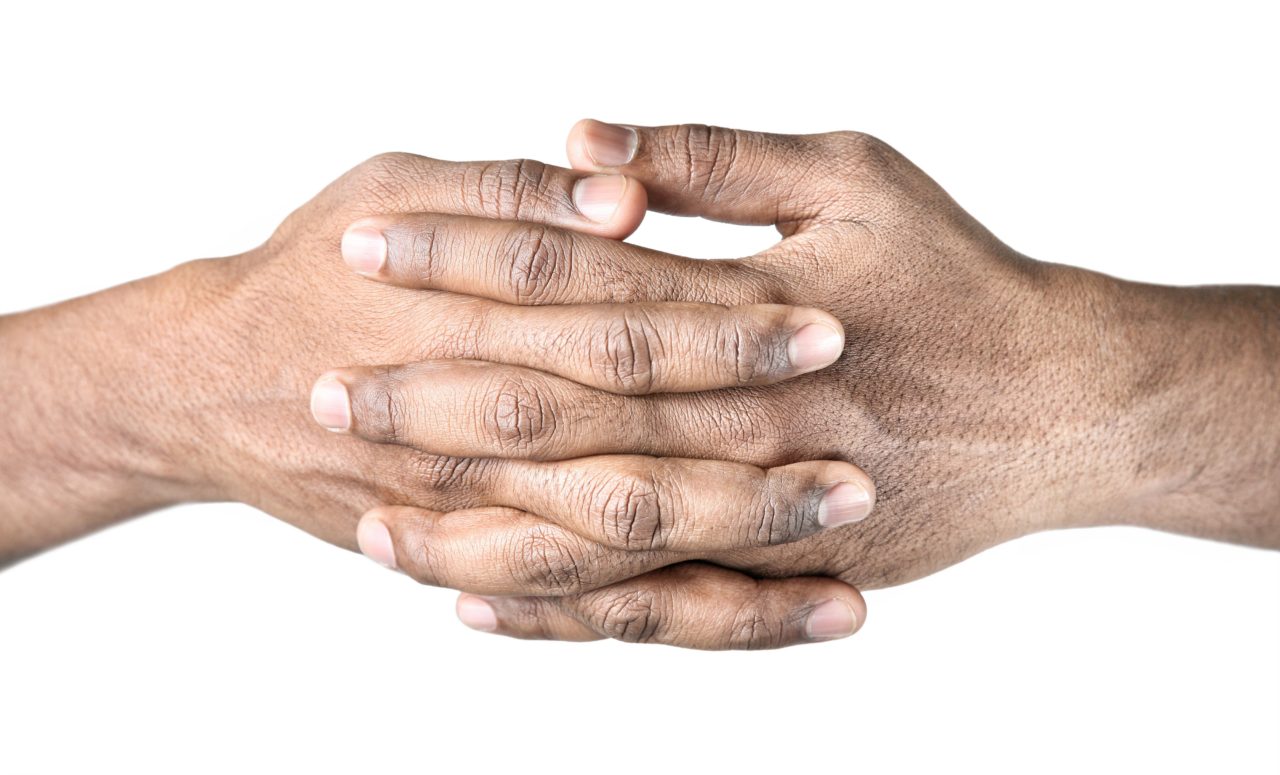 Everyone knows what yoga is these days, but what about hand yoga? Mudra, to give it its proper name, is the practice of placing the fingers into prescribed positions, or mudras, to diagnose conditions, assist in healing and to improve and maintain good health and well-being.

As a practice, it is as ancient as yoga (the earliest texts date back to between the 4th and 5th centuries) but far more subtle – so much so that students wishing to enter diagnostic practice are not even allowed to begin studying mudra until they have done seven or eight years of yoga training.

Sujit Sukumaran is a management consultant by profession but his passion is to bring mudra to wider attention as a means of healing and promoting optimum health. To that end, he has produced 31 Days of Mudras, a YouTube series

The word “mudra” conjoins two Sanskrit words, mut and ra, to mean “bringing bliss closer.” The principles of mudra are that each of our fingers is associated with one of five elements – water, fire, air, space or ether and earth – and, by extension,  to different functions in the body. The little finger, for example, is linked to water and helps correct water retention, incontinence, bladder function and dry skin, which might be a result of insufficient hydration.

The thumb is linked to fire and its domain is the stomach and metabolism. Flexing the index finger, which is linked to air, helps with clarity, mental equilibrium and also bloating, the circulation and cholesterol. The middle finger is concerned with space or ether and deals with anxiety, confidence and trauma. Finally, the ring finger – connected to earth – supports the immune system and keeps us grounded, ensuring that all the other elements do not collapse.

All the finger joints have their own significance too, but the tips especially so, since they contain the most nerve endings, says Sukumaran.

“The beauty of mudra is that it is non-invasive, has no negative side effects and can be performed by those who cannot do yoga,” he says.

He was first exposed to mudra when he was 13, learning the basics from the late mudra practitioner, Suman Chiplunkar.

“By then I had undergone a few surgeries and didn’t want any more,” he says. “I had tried yoga but I was a misfit because my mobility was limited. I agreed to try mudra because it didn’t involve pain or lying on yet another operating table.”

The results, though not immediate, were transformative. Within three months, the boy whose parents had been told he would never walk was able to stand upright for the first time in his life. His mobility, flexibility and ability to perform daily tasks all increased.

“It did a world of good for my confidence and health,” says Sukamaran, who was born in the UAE. “I then started doing my own research, which proved rather difficult. If you google yoga, literally thousands of books come up. With mudra there are hardly 80 authentic treatises. The rest are re-interpretations or part-works.”

Further proof of the power of mudra came during a long stay in hospital when he was 14. His roommate was a young man left paralysed from the neck down after falling as he stepped off a train.

“It happened on the day of his engagement and he was so devastated that he felt suicidal,” Sukumaran recalls. “He had no feeling in his body and no control over any of his bodily functions. In the evenings, when it was quiet on the ward, I started tying his fingers with thread into mudras – not too tightly but enough to maintain the position – and leaving the ties in for a couple of hours.

“One day, after we’d been doing this for a good month or so, he said he could feel that he needed to urinate. He called the nurse and sure enough, 10 seconds or so later, he was able to urinate in a bedpan instead of in the bed. This man could feel nothing below the neck. He didn’t know if he needed to go to the toilet or if he was lying in his own soil. This was such a breakthrough for him because it gave him back some personal dignity.”

If mudra is so powerful, why is it not as well-known as its close relative, yoga? That, says Sukumaran, is precisely the problem.

“In India there was a good deal of concern that mudra could get into the wrong hands and go down the same path of over-commercialization as yoga, which in many places has been reduced to little more than a gymnastic exercise,” he says. “I have witnessed people performing mudras in sub-zero temperatures, yet they’re sweating because they are able to control their body temperature. But it’s not a circus act.

“Some mudras, especially those which have a deeper impact, have been guarded for years by teachers to prevent misuse. Only those with years of practice are taught the higher levels of application.

“Besides, with mudras all there really is to show is a picture of a hand. You can’t post that against a sunset in Bali.”

Treating someone starts with a visual examination: how do they move? Is their skin clammy? This is called darsana and is followed by sparsana, examination by touch. Next comes prasna –  questioning the patient about their lifestyle. Finally, tarka refines that information through a detailed question-and-answer between practitioner and patient before prescribing a treatment plan

Mudras can be mild, medium or intense and the “prescription” might be to perform one for two or three minutes at a time a couple of times a day to 15 minutes three times a day.

Sukumaran stresses that mudras are not a quick fix.

“A lot of patience is needed. There are no quick results. But there are no negative side effects and anyone can do it. For those who cannot perform the mudras themselves or don’t understand – young children, for example – the fingers can be tied gently with thread or parents can help by holding the child’s hands in the mudra. The important thing is that the fingers be joined.”

Mudras for children can help with memory and concentration, anxiety and a host of conditions, including autism, he says. They also work as a preventive measure.

Now 34, over the last four years Sukumaran has trained more than 120 students throughout the GCC and conducted workshops in the UAE and Oman over the last four years. When the pandemic restrictions forced him to move his sessions to Zoom, it actually broadened his reach, with people joining in from the UK, the US and Singapore.

He hopes 31 Days of Mudras will spread the word more widely about the benefits of a gentle but highly effective health practice that is, quite literally, at hand.

What to expect when you go back to the gym