Menu
There is a lot of wisdom to be gleaned from figures in Middle East history -- from Al Kindi to Al Razi to Ibn Khaldoun to many more -- about modern mental health. 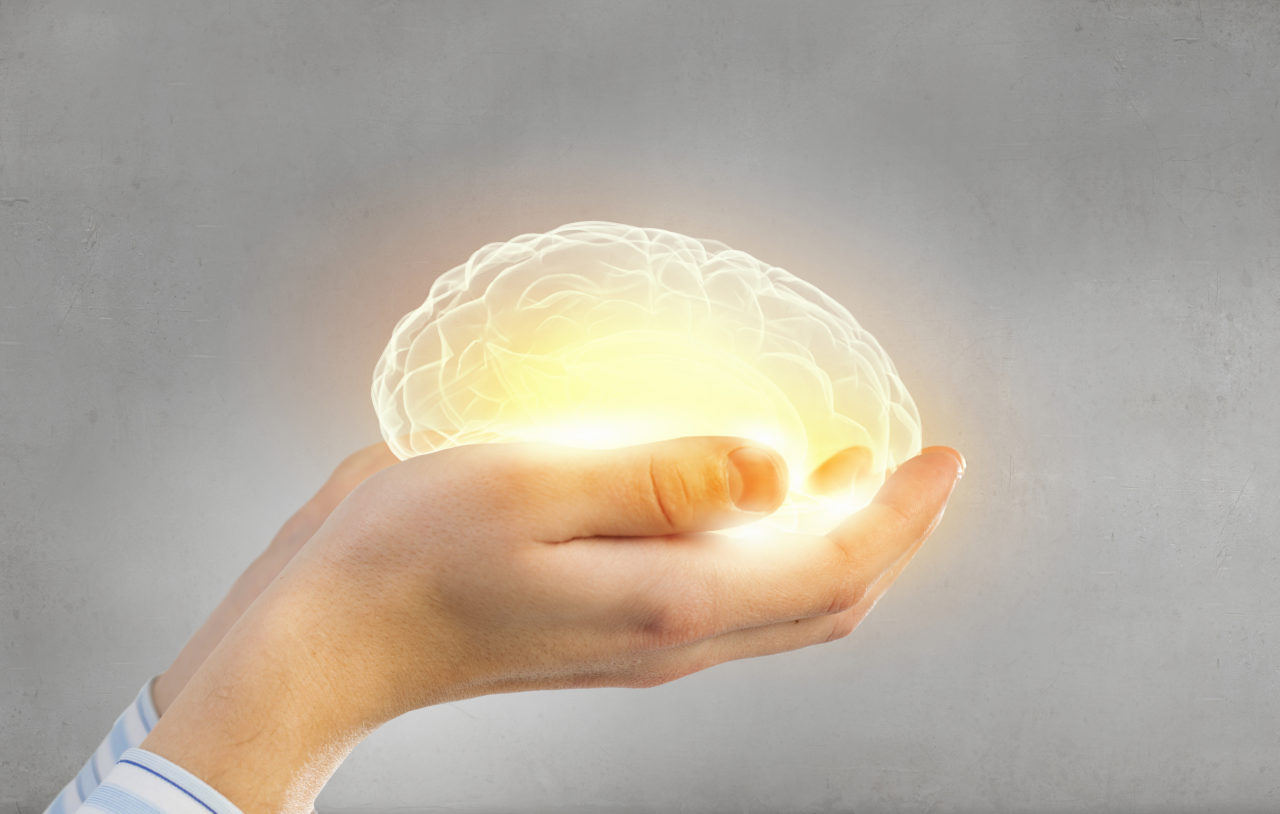 Long before the term “mental health” was coined, some time between 980 to 1037 CE, a prince in Jurjan, near the Caspian Sea, was bedridden with an illness that baffled all local doctors. He wouldn’t eat, he wouldn’t groom himself and he had lost interest in life around him.

A young physician by the name of Ibn Sina, or Avicenna, as he known in the west, was called in to find a cure. Ibn Sina wrote about “feeling the patient’s pulse and reciting aloud to him the names of provinces, districts, towns, streets, and people”, noticing how the patient’s pulse increased whenever certain names were mentioned.

His diagnosis? ‘Ishq’, or love sickness. And the cure: the prince should marry the girl he was in love with. As is now the stuff of legends, the patient was married and soon recovered from his illness.

If only all our emotional ailments could be cured so easily. But, as Ibn Sina wrote at the time: “there is an association between emotions and pulse rate”. As time wore on, it became increasingly well-documented that our physical well-being is closely linked with our emotions and psychology.

Besides being known as the father of modern medicine, Ibn Sina was also one of the earliest scholars of psychology. He dedicated a large part of his research to mental health and illnesses.

Depression to hallucinations to insomnia, and many other mental illnesses that still exist today, were among those explored by Ibn Sina and other Muslim scholars during the rich legacy of the Golden Age of Islamic civilization. This period, from the mid-7th century to the 13th century, had contributions from Arabs, non-Arabs and women, too.

Treatments discovered then are very much still in practice, including hypnosis, music, aromatherapy, hot baths, herbs and specific diets as well as “philosophizing to help the soul reach perfection”, said Ibn Sina.

One of Ibn Sina’s most fascinating theories also endures: it was about the power of our mindset, and the important link between mind and body that is so much a part of alternative medicine today.

He proposed that people had the power to heal themselves from various ailments through ‘believing’ that they could.

He also believed that a healthy person could become physically sick if they believed that they were ill, and is responsible for adding psychosomatic illness to the vocabulary of the history of psychology.

One of the branches of study that was popular in that golden era was the study of nafs, an Arabic word for self (sometimes interpreted as soul). This involved examining the different levels of the self discovered long before Freud’s model of the psyche that includes the id, ego and superego.

In countries regularly rocked by turbulence and conflict, the focus is so often on economic, social and physical trauma and hardship. Little attention is given to the mental trauma of refugees, and those who are the victims and the witnesses to violence. The impact to self is rarely, if ever discussed.

As a former war zone correspondent, working in Iraq, Syria, and Lebanon, and covering suicide bombings in parts of North Africa, I believed I would leave traumatic events unscathed, that I could remain an objective witness. I have a master’s degree in psychology, with a special focus on cultural, religion and personality psychology and their interactions. I am currently refreshing my skills in that field, with a new diploma in positive psychology, which would have been very helpful then.

Often I sat and listened to victims of violence and rape and tried my best to help them any way I could, beyond the duty and scope of a journalist. Even after I stopped covering wars, when I would pursue humanitarian efforts such as art and reading therapy with refugees, I would find myself unable to sleep well. Certain smells and sounds would increase my pulse, and, as I told one of my friends who is a psychiatrist, I would feel as though I could ‘hear my heart in my ears’.

I had nightmares, in which scenes I’d lived through would be replayed over and over again in my mind, and I would feel guilt over the many times I couldn’t help people who badly needed it. In one, a woman and her baby pleaded with me through a glass window at one of the UN registration centers for help. I had been taking a photo when she stepped into the frame.

“Please,” she said, sounding so exhausted it broke my heart. “Water for me and food for my child. Please, I beg you, I have been walking for days. Please help me. Please.”

I stepped out and gave her my bottle of water and a granola bar. But I had no other food with me. I asked everyone around for anything that could be given to a small child. I went out and looked around for a store. It was more than an hour before I found more water, some sandwiches and fruits and came back but she was gone. There were so many Syrian refugee women alone with children there that no one could tell me where she went.

It wasn’t just this specific case that left a mark, but the repeated pleading by so many for water, for food, for shelter, for safety, for any kind of help.

The smell of ash and the sound of shootings and fireworks also made me anxious.

For a long time I refused to accept any kind of label to how I was feeling. Certainly it was not post-traumatic stress disorder (PTSD), which I reserved for those who really experienced something terrible.

I protested when my psychiatrist friend diagnosed me with it, and I even avoided talking to her for a while as I felt embarrassed and exposed.

According to the American Psychiatric Association, PTSD is a psychiatric disorder that can occur in people who have experienced or witnessed a traumatic event such as a natural disaster, a serious accident, a terrorist act, war or combat, rape or other violent personal assault.

It was also known as shell shock, during the years of World War I, and combat fatigue after World War II. But PTSD does not just happen to combat veterans or for those in war zones; PTSD can occur in all people, in people of any ethnicity, nationality or culture and age.

While there are different treatments, including medication, psychotherapy is mainly used.

One type of therapy that worked for me is cognitive behavioral therapy, or CBT. This involves a type of talk therapy that helps illuminate ways of thinking, also known as cognitive patterns — which in my case were guilt over not being able to help more — that keep a person stuck.

Other patterns include negative self-belief and fear of something traumatic happening again.

Another is exposure therapy, a behavioral therapy that helps a person safely face both situations and memories they find frightening to encourage learning how to cope with them effectively.

To this end, besides looking at photographs, I would sometimes physically travel to sites I had nightmares about. Some forms of this therapy use virtual reality programs to  help people re-enter traumatic settings.

One of the resources that really helped me, however, was surprising. It came in an old textbook I dug up, called the Alchemy of Happiness by the Muslim theologian and philosopher Abu Hamid Al Ghazali (1058-1111).

I use it as part of a set of exercises I do for myself, which I’ve called “selfology”. Some of the aspects come from what I learned while earning my psychology degree, some are tools I drew from a meeting with the Dalai Lama and others are theories from our region’s past.

But it was Al Ghazali who really guided me to understanding the different aspects of myself — and lead me to more healing.

At the lowest level is nafs ammarah, or inciting self, which includes all the basic qualities of an individual, including physical appetites and any tendency towards evil or unwanted behavior. The second level, nafs lawwamma, or self-accusing self, represents the individual’s conscience or sense of morality and seems to function like a superego. When a person cannot stand the temptations of nafs ammarrah, the second level of the self overtakes the person, sparking feelings of guilt.

The third or highest level, nafs mutma’inna, or peaceful self, refers to an aspect that is the source of serenity for the individual. This occurs as a kind of acceptance of events, personal and worldly.

There is a lot of wisdom to be gleaned from this region’s ancestors — from Al Kindi to Al Razi to Ibn Khaldoun  — and it doesn’t hurt to combine modern-day understanding with these philosophical ideas. They complete each other.

In the end, cups of saffron tea, talk therapy and my own selfology exercises and meditation helped me overcome PTSD.

Why not try and live by Al Ghazali’s words, which have been echoed by so many over the years, and remain  as true today as they will tomorrow: “He who knows himself is truly happy”. And: “To get what you love, you must first be patient with what you hate.”

'Trees heal', even in the desert

Here's why you want to start a balcony garden