Menu
Pete Aldwinkle had a decidedly rocky six months leading up to his mental health crisis, followed by a diagnosis of depression and post traumatic stress disorder. After splitting from his partner of 15 years, the Dubai-based Briton took his first holiday in three years back in late 2016 to cycle from Mexico to Canada with his teenaged daughter — only to return and find his company embroiled in turmoil.  “I was very aware that I... 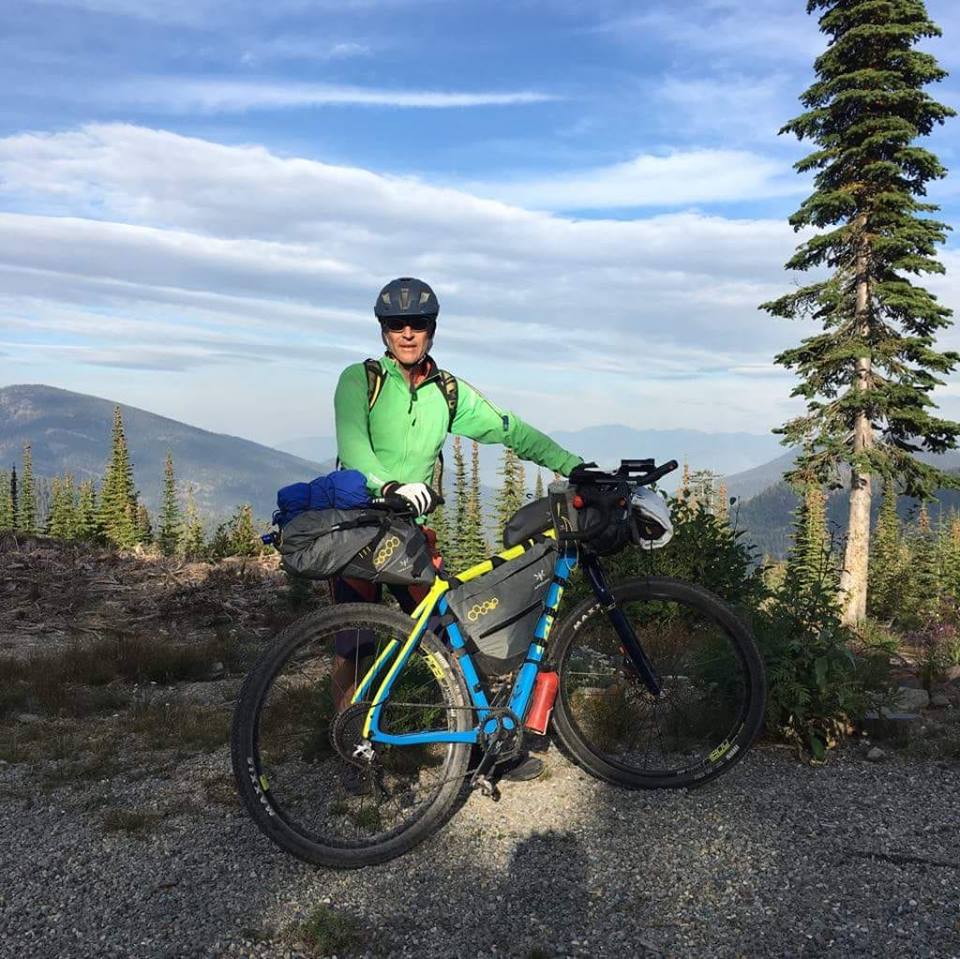 Pete Aldwinkle had a decidedly rocky six months leading up to his mental health crisis, followed by a diagnosis of depression and post traumatic stress disorder.

After splitting from his partner of 15 years, the Dubai-based Briton took his first holiday in three years back in late 2016 to cycle from Mexico to Canada with his teenaged daughter — only to return and find his company embroiled in turmoil.

“I was very aware that I was very stressed and facing potential burnout,” he says. “With possible breakdown.”

He sought out a clinical psychologist and psychiatrist who worked in tandem. Friends had him on suicide watch, unbeknown to him, while the medical professionals did their work.

Already a high-level cyclist and climber, Aldwinkle says after a period of recovery, physical activity was a big part of his healing process. His friends pushed him to keep up with his two passions of cycling and climbing.

“I did a lot of bike riding and climbing with them,” he says.  “They were frequently kicking me to go and ride and get out, when it would have been easier to hide and wallow in self-pity and depression.”

The latest research out of the United States suggests that doctors should also prescribe physical exercise to psychiatric patients as part of an integrative approach to their treatment.

The study, which was conducted at the University of Vermont and published in the May edition of the Global Advances in Health and Medicine journal, found that 95 percent of 100 volunteers reported feeling better and 63 percent labelling themselves either “happy” or “very happy” after a course of physical training.

“Antidepressants are not recommended as a first line treatment in recent-onset, mild depression,” according to the guideline. “Active monitoring, individual guided self-help, cognitive behavioral therapy or exercise are preferred”.

But anti-depressants or anti-anxiety medication can be an essential tool of recovery or management for people with serious mental health problems — even for those who thought they’d never take it.

Sandy Joy Rubin, 37, a yoga and pilates teacher from South Africa, suffered from anxiety for several years but had always been opposed to taking medication. A pilates and yoga teacher, she coped by establishing a routine that included a daily 30-minute meditation and one hour of yoga.

“I became a first-time mom and suddenly there was no time for me,” she says. “When I look back, the catalyst was that I struggled to breastfeed my first-born at first, which led to postpartum anxiety. I didn’t even realize I was anxious until it all came to a head three-and-a-half years later, after my second child was around one, and I began having panic attacks.”

She tried to manage holistically at first, with therapy, acupuncture and exercise, but the attacks persisted and she finally asked her therapist for anti-anxiety medication.

“I simply could not ‘fix it’ alone,” she explains. “I’ve always been anti-drugs but I was very ill and I needed them. I made peace with the decision by thinking along the lines of, ‘Yoga can help you repair damaged muscles but it’s not going to fix a broken leg.’ Sometimes, the brain is the broken leg and it simply needs medicine.”

Once Rubin started on the medication, “it was as if a cloud had lifted off me.” She said she was able to be more present as a wife and mother, less angry and more herself.

“Our time became less distracted and more focused,” she says. “Whereas before the thought of what I’d make the family for dinner could hang over me like a cloud and cause me stress all day long.”

Her drive to exercise returned in time and by the time she was running and doing a variety of workouts again, she felt life was changing for the better.

“I cannot stress enough that without the medication I would not have had the energy or inclination to take ownership of my life again,” says Rubin. “I admire people who can cope without it, but I also encourage people who can’t to seek help. There is no shame in getting help, and the more we normalize mental health issues, the happier we can be.”

Aldwinkle agrees. When it comes to mental health, there is no shame surrounding seeking help of any kind.

“I am quite comfortable discussing it,” he says. “I was in the military for 16 years and the struggles of post-traumatic stress disorder have affected many of my former colleagues… If medication was what was required to help them, then I was happy.”

There is a growing awareness of the power of exercise and nutrition to reduce symptoms linked to various health conditions, says Dr Valentina Faia, a psychiatrist at LightHouse Arabia.

“And in less severe disorders they can be considered by all means a first line of intervention,” says Dr Faia. “Even if those measures cannot be considered a substitute of medications in severe cases, their role is also crucial in balancing the side effects of chronic medication in patients whose condition requires a prolonged treatment, given that many psychotropic medications may determine severe metabolic dysfunctions that diet and exercise can eventually balance.”

She cautions, however, that while more holistic methods should always be the first port of call, “moderate to severe conditions require immediate medical treatment and in those cases the effectiveness of the medical approach is indisputable.”

Treatment will vary according to a country’s guidelines, the length of time a patient has been experiencing symptoms on their own, as well as cultural factors, including the background and education of their chosen psychiatrist and the willingness of the patient to explore different options.

“I have the feeling that the increasing attention of the patients to forms of therapeutical intervention that are more dynamic and holistic in their approach is empowering a less medical approach, for those conditions that are, as I said, assessed as mild,” she said.

Aldwinkle’s psychiatrist identified physical activity as key to his progress. But it was also part of an integrative approach — the kind referenced in the study — that included psychotherapy and medication.

“Once I was emotionally and physically stabilized he encouraged me to take regular moderate exercise — not the 200-kilometers a day cycling that I was conditioned to do,” Aldwinkle says. “I spent a lot of time in Rock Republic bouldering, three times a week, and mountain biking at Hatta.”

The activities gave him mental solace: bouldering via the social and “active mindfulness” aspects, mountain biking because it is both physically intense and requires constant concentration.

And they also provided a positive way out of his descent, as opposed to more self-destructive behaviours — self-medicating with alcohol for example — that may have beckoned others. And eventually, Aldwinkle was able to taper off of his medication.

“I was fortunate that I went down path one, and after about three months was in really good physical shape with good diet and sleep patterns,” he said.

How to improve your most important relationship

Why I love eating paleo