Menu
Meg Nakagawa-Hoffman knows about mental health challenges: the New York University Abu Dhabi student was diagnosed with depression at the age of 17.  She sought out a psychiatrist and has been on medication ever since. Then her cousin, who suffered from mental health problems, took his own life. And she became determined to put mental health on the map in a productive way. Now 20, the political science and legal studies major – who is originally... 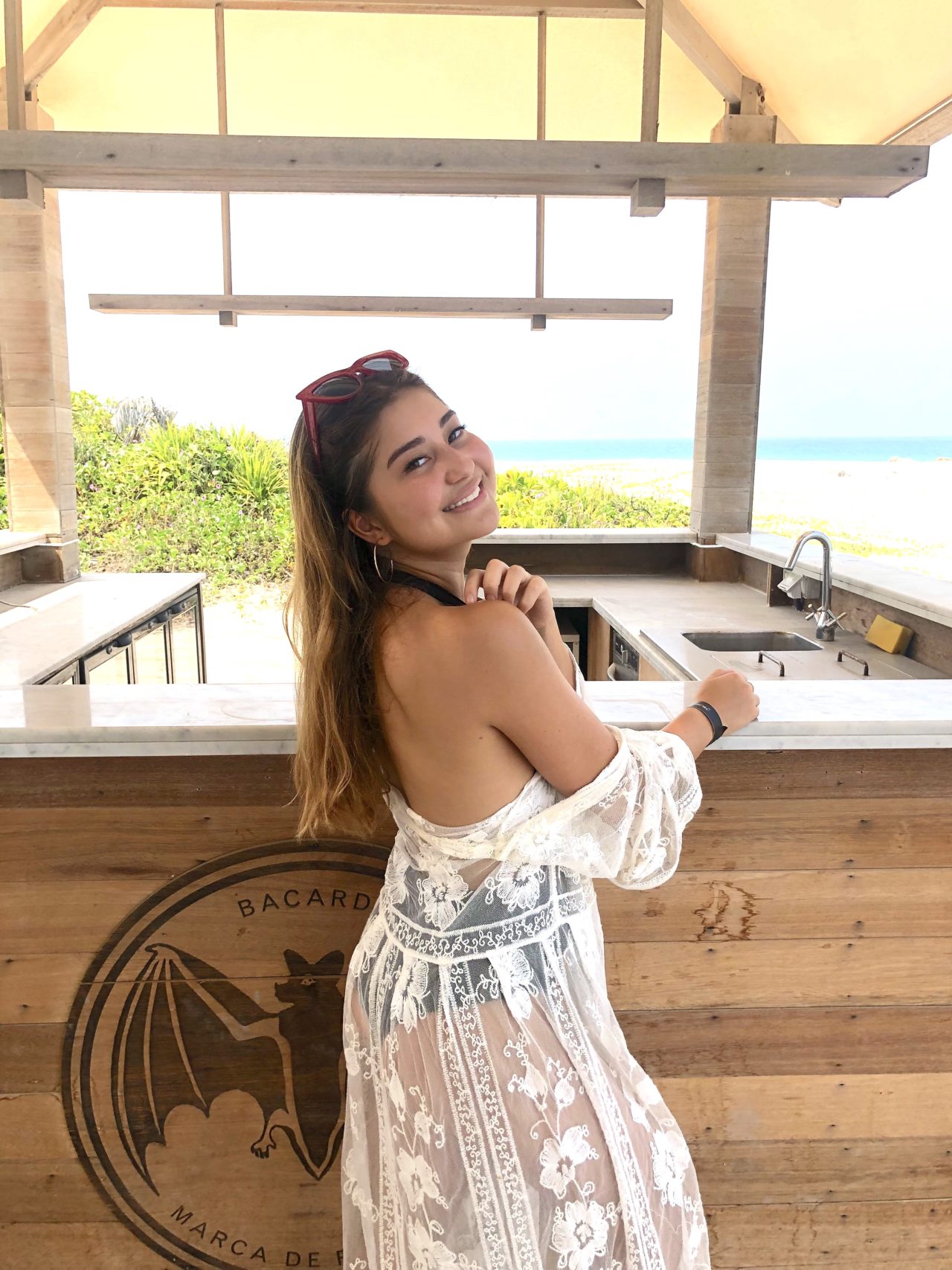 Meg Nakagawa-Hoffman knows about mental health challenges: the New York University Abu Dhabi student was diagnosed with depression at the age of 17.

She sought out a psychiatrist and has been on medication ever since. Then her cousin, who suffered from mental health problems, took his own life. And she became determined to put mental health on the map in a productive way.

Now 20, the political science and legal studies major – who is originally from Japan and South Africa and has lived in the United States and the Philippines – just wants to make sure people keep talking about it.

“When one person talks about it, it encourages others to do the same,” she says. “I want to use his story as a way to raise awareness, to say that it’s okay to suffer from mental health [issues], there are others out there who are suffering too. As much as I mourn his death, I see it as an opportunity to spread awareness and celebrate his life.”

To that end Nakagawa-Hoffman is part of Reach, a peer-to-peer mental health support group at NUYAD, which regularly hosts sessions on how to help each other through dark periods in life and how to deal with college stress.

“The narrative on mental health has changed in a positive way,” says Nakagawa-Hoffman. “You can see and feel the support out there. NYU Abu Dhabi is a liberal school, so it’s innately open. But there is always more we can do.”

Students the world over face a unique set of challenges, and college campuses in the UAE are no different. Studying at a school like NYU Abu Dhabi, which is known for attracting excellence, ups the ante.

“There is a lot of pressure to have a lot of things going on at the same time, like having the perfect job, or the best internships, grades and making great connections while you’re at it,” says Nakagawa-Hoffman. “It’s overwhelming, which is how anxiety and depression follow.”

NYU Abu Dhabi is affiliated with the American Psychiatric Centre, where students struggling with their mental health on campus get direct referrals. But there are other challenges for students to deal with, even if they can access services with relative ease.

“A friend of mine at university is part of ‘WithHope UAE’ which is a local mental health organisation run by Emiratis on an advocacy and volunteerism basis,” Nakagawa-Hoffman says. “They hold regular talks about dealing with a variety of mental health issues and it’s clear that culturally speaking, opening up isn’t always very effective. When people face their parents to talk about a mental health problem, the default answer from them is to turn to religion, in the sense that they aren’t being devout enough and should therefore apply themselves more. The idea of seeking out a counsellor or taking medication is riddled with taboo.”

Nakagawa-Hoffman, who has also has premenstrual dysphoric disorder with symptoms including monthly bouts of anxiety, panic attacks and suicidal thoughts, plays the role of “active listener” within Reach.

“I’m not a trained counsellor,” she says, “but I have developed the skills to deal with situation-specific cases like dealing with homesickness, or if students come up to us and declare they are suicidal, we know how to direct them to the right people.”

There is a lot of attention paid to the damage that screens, social media and its associated harsh scale of personal comparison has done to what psychologist Jean M Twenge dubbed “iGen” in her 2018 book.

Nakagawa-Hoffman argues, however, that there’s as much good as there is bad on the Internet, particularly Instagram.

“There are so many great accounts to follow for awareness on mental health,” she says. “I particularly love @LighthouseArabia and @WithHopeUAE, @SelfCareIsForEveryone and @MakeDaisyChains, because there are certified counsellors who post on different forms of anxieties, so it’s very educational.”

Connect With Nature: inspiring a new generation of eco-warriors