Menu
Movember was started to raise awareness of male cancers. It's also a time to remind men that putting off that visit to the doctor could cost them their ability to have a family and even their life. 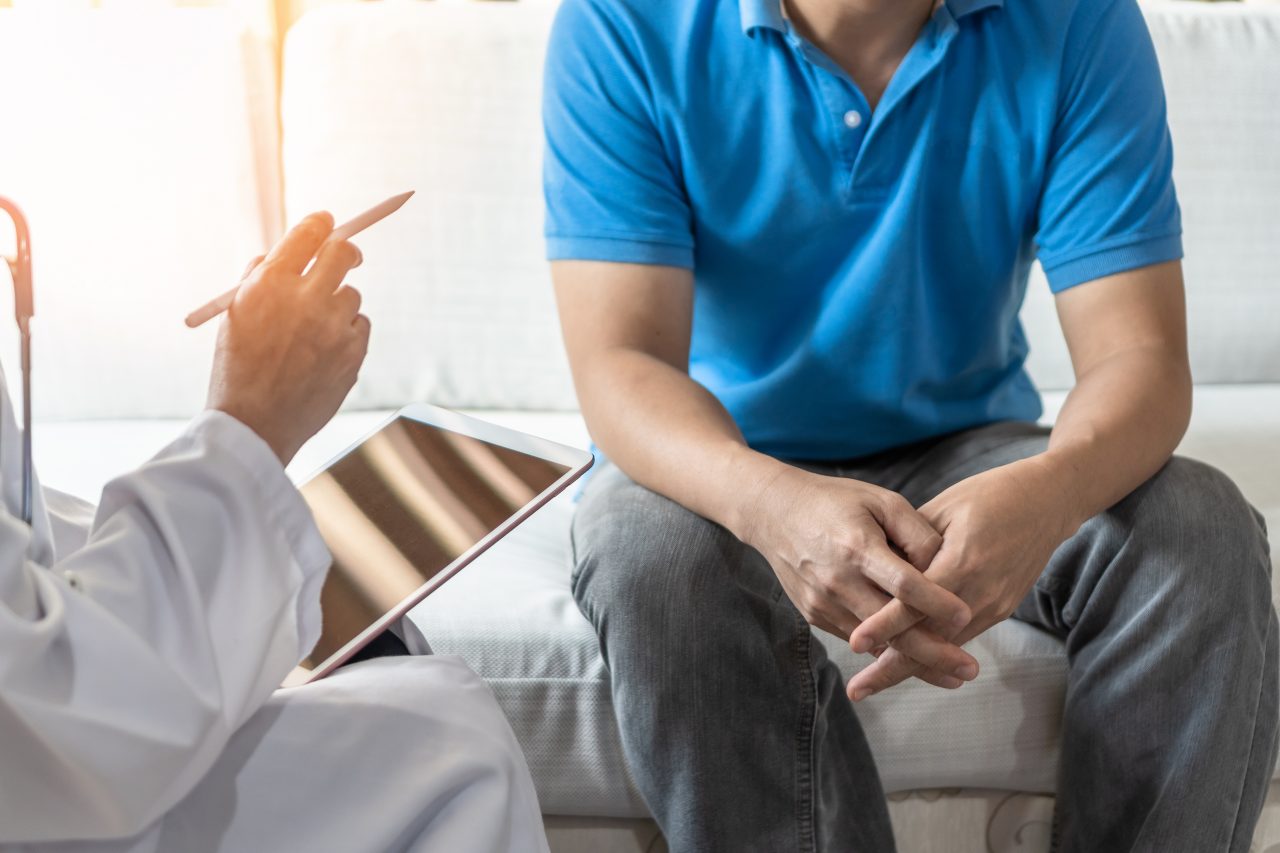 Whether it’s Men’s Mental Health Month (June) or November, it’s always a good time for men to pay attention to their health, watching out for their prostate, kidney stones, STDs, low testosterone, nutrition and sleep. Dr Kashif Siddiqui, urologist, head of fertility at Cleveland Clinic Abu Dhabi and a guest on The Livehealthy Podcast, tells us more.

What exactly is the prostate and what does it do?

The prostate is a little organ that sits below the bladder. Its function is to make nutrients for semen. Both urine and semen are ejected through the urethra. As men age , the prostate gets bigger but by and large, that enlargement is non-cancerous. I compare it to a doughnut. The hole in the doughnut is the pee tube and as time goes on, the doughnut gets bigger and the hole gets smaller.

What are the statistics?

The good news is that many times, prostate cancer is very indolent; it doesn’t spread aggressively. Many times, we don’t even look for it in men after a certain age. The chances of dying from it are so low it’s not even worth screening.

But in men with a history of prostate problems we recommend annual screening with PSA (prostate specific antigen) testing and in those with no history, we recommend testing after the age of 50.

There’s a lot of controversy about screening. Europeans tend to have a looser strategy than Americans so it’s important to have a relationship with your physician.

What are the main warning signs men should look for?

Firstly, there are two types of prostate problems — an enlarged prostate and prostate cancer. Both happen in men over 40.

Prostate cancer tends to be asymptomatic, which is why screening is important as that’s when we find most early stage cancer. Blood in the urine or semen or burning while urinating are signs of very late stage prostate cancer.

The symptoms of non-cancerous prostate problems are a slow stream when urinating or a start-and-stop flow, an inability to empty the bladder, having to go to the bathroom frequently.

What are the effects of prostate cancer?

People do die of it. It also causes other complications – incontinence and difficulty with erections if not treated. But it is very treatable.

How do you screen for it?

There are two ways. One way is a rectal exam by finger, which is what puts many men off. But it takes only 20 seconds and we’re very gentle and it needs to be done, because sometimes a blood test can be normal but you will feel something with the finger exam. I see a couple of cases like that every year.

If the PSA number is high, you have an MRI. At Cleveland Clinic Abu Dhabi we have a special MRI machine that can detect prostate cancer or any abnormalities from prostate tissue. We are also one of the only facilities in the region to have fusion biopsy, which is where we fuse the MRI findings on to the ultrasound so that we can target very specific areas and not biopsy areas unnecessarily.

And what does the treatment involve?

Prostate cancer has many different treatments. With low-grade cancer we just wait and watch. Many times, the patient doesn’t need any treatment and we don’t want to subject him to potential complications if it’s not effective.

If the cancer progresses, then we go on to active treatment – either surgery or radiation. Surgery means removing the prostate gland. At Cleveland Clinic Abu Dhabi we do it either with robot surgery or laparoscopically (keyhole). Both are minimally invasive, involving only very small incisions and we spare the nerves around to preserve continence and erectile function. Those are the two main side effects both of surgery and radiation, because the nerves can be damaged during either treatment.

Radiation is the option if surgery is not suitable because the patient has other problems or co-morbitities, or if they simply don’t want surgery.

There is also hormone treatment. Every couple of months you have an injection that chemically removes testosterone so that the cancer doesn’t grow. It can be kept at bay for a number of years that way.

It’s a bit of a cliché to say men don’t like going to the doctor, but is it actually true?

It really is true. Guys tend to have a sense of bravado about their health – they’re all, ‘I’m strong, I don’t need help’. Men tend to go to the doctor only when they can’t handle [the pain] any more. We see it all the time – men who wait a bit too long, who come in sometimes years too late and already have cancer and sadly, it may even have spread. Had they come in earlier, it could have been caught and treated.

Two other problems that guys tend to delay going to the doctor for are STDs (sexually transmitted diseases) and HPV (human papillomavirus).  We see a lot of them.

HPV can cause genital warts and it can cause penile cancer in uncircumcised men. If there are visible warts, you should see a urologist. If you have the slightest suspicion you may have any STD, it’s important to see a doctor. You can get treated by a GP or even at any emergency room.

How about kidney stones?

Kidney stones are the bread and butter of my practice and they’re very common here in the UAE because it’s very dry and people get dehydrated. I’ve had patients who’ve had a nagging pain in the kidney area of their back but ignored it for two or three years and then it turns out they have a big kidney stone and the kidney has failed. It comes back to not going to the doctor.

What can men do to protect their prostate?

All the same things that apply to women for breast cancer: eating a low-fat, Mediterranean diet that’s high in anti-oxidants, and keeping active. And if you have a family history, go see a urologist.

Are you seeing the decline in sperm counts?

There’s no question that recent trends show a massive decline in male fertility. One study from a couple of years ago shows almost 60 percent decline in sperm over the last 40 years. Between 13 and 20 percent of couples will have some difficulty in conceiving and in at least 50 percent of those, there is some male factor involved.

Lifestyle and diet are really, really, affecting our ability to produce sperm. Sperm production happens at one degree lower than body temperature, which is why the testicles are outside the body, so anything that increases the heat around that area –  like having a cellphone in your pocket or a laptop on your stomach – can have an affect.

What about low testosterone?

Low testosterone is very common, linked to many environmental factors including lack of sleep, because people are addicted to cell phones. The condition has a wide constellation of symptoms – not only infertility but increased fatiguability, depression and mood abnormalities. Many testosterone therapies will affect your sperm count so it’s important to let your doctor know if you want to have children.

And by the way, it’s not the case that if you have lots of testosterone, you have lots of sperm. In fact, it’s the opposite. Those guys you see on the covers of body-building magazines have huge muscles but very small testicles because they have effectively killed off the part that makes sperm.

Are environmental toxins a factor?

We’re affected in ways we’re not even aware of. Eating lots of fruit and veg is very healthy but the pesticides on that fruit and veg are killing your sperm. So wash everything very carefully or better still, grow your own. For men, eating soy can be damaging as it contains high levels of estrogen, the female hormone.

Your final top tips for how to be a healthy man?

The usual – eat a good, healthy diet, exercise regularly. Stay hydrated. But nothing trumps the best tool of all, which is to be in tune with yourself and to listen to what your body is telling you.

• Dr Kashif Siddiqui appeared on The Livehealthy Podcast in November 2020.

Tackling childhood obesity, one family at a time