Menu
Fiona Rennie — Menopause Doc Dubai on Instagram — is a family medicine doctor at Dubai’s Genesis Healthcare Center in Dubai Science Park. Earlier this month, on The Livehealthy Podcast, she spoke about how women in the UAE are struggling with this transition, in part because the medical profession is so ill-equipped to deal with it, and why research is showing that menopause hormone therapy, aka HRT, is safer and more beneficial than ever. Her... 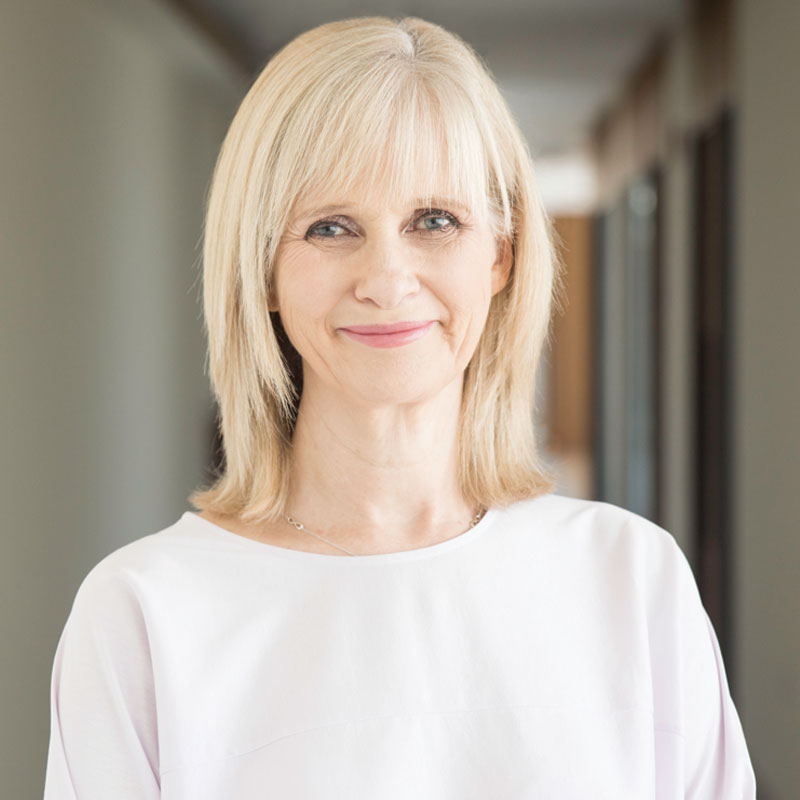 Fiona Rennie — Menopause Doc Dubai on Instagram — is a family medicine doctor at Dubai’s Genesis Healthcare Center in Dubai Science Park. Earlier this month, on The Livehealthy Podcast, she spoke about how women in the UAE are struggling with this transition, in part because the medical profession is so ill-equipped to deal with it, and why research is showing that menopause hormone therapy, aka HRT, is safer and more beneficial than ever. Her goal is to make the transition into menopause a positive experience for women by focusing on a healthy lifestyle and body identical hormone replacement therapy where needed.

Your patient population is so diverse in Dubai. Are there any commonalities you see in patients?

The thing that I find unfortunate is that people don’t tend to have GPs here, or family medicine doctors, and because of that there’s no one coordinating their care. So often the bad experiences come from the fact they’ve chosen the wrong specialties, and the specialist will say, ‘I’ve done all the needful investigations’ and then just let them hang, and then they won’t know what to do next. In Canada, New Zealand or UK and Australia you have to go through a general practitioner, and that role is really important.

What happens in menopause?

What happens in menopause is the ovaries stop working. And when the ovaries stop working, you no longer produce the estrogen and the amount of the testosterone produced is a lot less as well. So women goes through perimenopause, which is the 10 years leading up to menopause, where they’re getting their period but they’re getting fluctuating levels of estrogen, and there will be some symptoms, and then they go into menopause and they have symptoms.

What are the biggest misconceptions about hormone therapy?

We use HRT for symptoms. But we also use it for prevention, because the longer you’re in menopause and your ovaries aren’t working, the higher the risk of dementia, heart disease, diabetes, colon cancer, kidney disease. Because we know the oestrogen is protective against those diseases. So there’s two parts to replacement therapy.

In the 90s I was heavily prescribing HRT, we knew that it was protective for heart disease. We knew that the risk of breast cancer was low with HRT, and for the majority, the benefits outweighed the risks. And then in 2002, a study came out in the US called the Women’s Health Initiative study, and it’s been proven to be a flawed study. And what they did was they suddenly announced to the world that HRT was dangerous, that it increased the risk of breast cancer and heart disease, and that has since been disproven. But unfortunately, for the last 20 years, there are still women who will not take HRT because they remember that study, and also doctors that won’t prescribe it because they haven’t updated since that study.

Why do we need hormone therapy?

What you have to remember is that every cell in the body needs estrogen to function normally. So, menopause isn’t just about a few hot flashes, it’s about the brain being starved of estrogen so you get the mood changes, irritability, anxiety, depression, poor sleep, joint pains, muscle pains, flashes, low libido, urinary tract symptoms, headaches, tinnitus, everything. So, it can be a really miserable time and hormone replacement is effective, because it’s essentially replacing what you’re no longer making. So if your thyroid wasn’t working, the majority of people would be very happy to take a thyroid replacement. And so this is what women need to do.

It’s sort of starting to feel like it’s a disease that needs to be fixed. Does that make sense?

It is not a disease, it is a product deficiency. People will say well, why try and change what you’re designed to do? My answer to that is well, you’re feeling fine, and you’re not worried, you don’t have strong family history, then you don’t have to take HRT, not everyone has to take the HRT. But if you’re feeling miserable, why not improve your quality of life?

What if people are doing okay symptom-wise? Should they take HRT as a preventative measure?

I wouldn’t suggest that. I would need to do a risk assessment; a full history, family history, past history. Show you the risks of the HRT, the benefits of HRT and let you make that decision based on your information, and then we move on to the types of HRT and that’s really relevant as well. There are three types of HRT.

What are the different types?

One is the traditional synthetic HRT, and that has been around for years; it’s usually taken as tablets by mouth. There are only a couple of brands available in the UAE, and there is a worldwide shortage of synthetic HRT at the moment, I think because of Covid. Because it’s taken by mouth, it goes through the liver and increases the clotting factors; so it’s similar to the contraceptive pill, but not as strong as. So there is that risk, and there is a potential increased risk of breast cancer, it’s not huge. So that’s synthetic.

Then there’s two other types, bio-identical and body identical. Both of those are made from the yam; that’s the closest you can get to the body’s natural hormones.

Bio-identical is made in a compounding pharmacy. Everyone gets something different, according to what their doctor wants to give them, so there might be a cream with estrogen, progesterone and testosterone. They might give it with just estrogen, but someone might have a 50:50 mix of two different estrogens or 40:60 or 80:20. It is not standardized… and we can’t guarantee the purity, so I don’t prescribe that.

What I prescribe is body identical. It’s really simple, three products, there’s the body identical estrogen gel, because it goes on the skin and bypasses the liver, so there’s no increased clotting factors, there’s no risk of heart attack, stroke. There is for women who had a hysterectomy, who are only using estrogen; for women that need progesterone (if you have a uterus and take estrogen, you also need to take progesterone to offset thickening of the endometrium that can lead to cancer) that risk is still reduced, but not as much. The other product, which is a capsule,  is micronized progesterone, so it’s much-better tolerated and a nicer product than standard progesterone, and that can be taken orally at night, and it’s good for a fantastic asleep because it’s slightly sedative. And the other option is a Mirena coil, which is licensed and safe, with added progesterone to protect users.

The third thing is testosterone. It’s important for mood, energy levels and libido. I actually have a lot of women around, like younger women around the age of 40; we often see them come when their testosterone is crashed.

There are so many symptoms of peri/menopause — is there a risk of missing a more serious problem?

That’s where my concern about estrogen and progesterone being ordered over the counter lies. This is where it gets dangerous. The most important thing in medicine is a good, thorough history. The first consultation with me is an hour. I’ll probably spend 40 minutes going through the history. So you can start to work out what this might be: estrogen fluctuations, or it might something else; it’s much clearer when women are menopausal, of course, we can have red flags and we know when to start looking elsewhere. But I will spend a lot more time with someone that’s perimenopausal, probably doing a full blood screen and looking at the thyroid. There’s no test for menopause, there’s no blood test that says you’re on menopausal, so it’s just a process of elimination. It’s just a good, solid medical practitioner and process of elimination making a judgment call.

Back to the danger of HRT: How concerned should we be?

The whole issue with HRT seems to continually be focused on breast cancer. So what I show people is, there was a study done in the UK. Now, if you follow 1,000 women between the ages of 50 and 59 in five years, 23 will get breast cancer. That is a normal background risk. If they’re on a synthetic HRT, or the contraceptive pill, the risk goes from 23 out of 1,000 to 27 out of 1,000. Your normal background risk of breast cancer is one in seven, and people who say well, I’ve got a family history, but most people will have a history of breast cancer in the family because women over the lifetime get breast cancer so, because they’ve got a family history, it doesn’t mean that they are going to be at risk to get cancer itself. The biggest risk of breast cancer is lifestyle for women that are overweight; their risk is basically doubled. So they go from 23 out of 1,000 to 24 to 27 cases. If you drink more than two units of alcohol a day, your risk is increased by five. And if you smoke, the risk is increased by about four, so someone that’s overweight, drinking every day, has a massively higher risk than someone taking HRT. And if you exercise more than two-and-a-half hours a week, your risk goes from 23 out of 1,000 to 16 out of 1,000, so if you exercising, you have a fairly normal weight, and not drinking, and you’re taking estrogen and HRT, basically the risk is halved.

How do you talk to your doctor about this?

On my Instagram I put four or five books. Follow Dr Louise Newson, she has an amazing website and one book. So do the reading, get the information and go to your doctor. Because I have a special interest in menopause, when a woman comes in to see me in their late 40s, early 50s with anxiety or depression, the first thing I head towards is HRT because there’s a first-line treatment for anxiety and depression, and a menopausal woman. Unfortunately a lot of doctors will give an antidepressant. And that’s the wrong treatment.

Any supplements women should be taking at this time?

The thing I always make sure about is that your vitamin D is at a very good level, because actually you need estrogen to convert vitamin D on the skin. As well, take magnesium at night.

Where to find Black barbers and braiders in Abu Dhabi