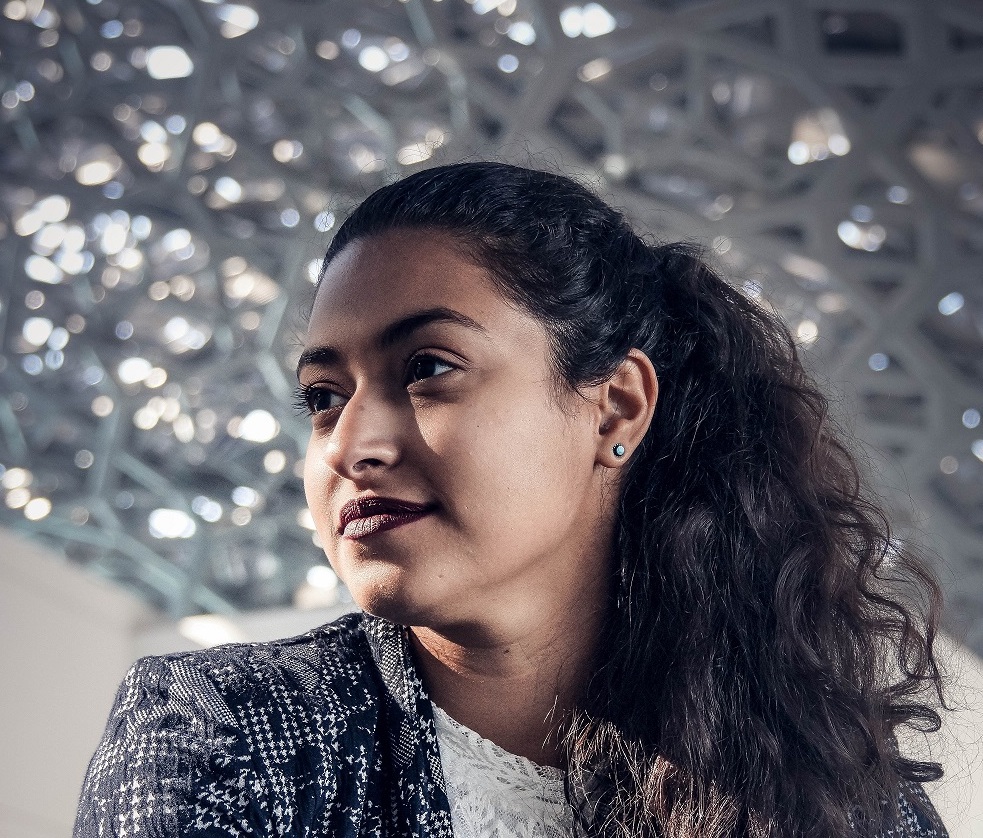 She was the first Arab woman to compete in the Reebok Crossfit Asia Regionals back in 2012. A year later, she became the first competitive weightlifter to rock a hijab. And most recently, Haddad moderated an Emirati Women’s Day talk that brought together some other Emirati women who have been smashing glass ceilings.

The talk was held at Flow, a restaurant that doubles as a creative hub for young people. It convened with four female Emiratis who are rocking male-dominated industries. Also present was Amnah Al Bahar, the first of two Emirati CrossFit athletes to compete in the 2018 Crossfit Games in Madrid; Sarah Al Madani, the youngest member of the Sharjah Chamber of Commerce and Industry who also runs her own fashion label and Emirati fusion restaurant; Nouf Al Afifi, the first and only Emirati air-traffic controller; and Aisha Alkhaja, an Emirati entrepreneur who built an e-commerce business aimed at families.

“All the panelists showed resiliency through adversity,” said Haddad after the talk, when she pondered what had stood out to her. “Having a good support system and believing in themselves, this is what set them apart.”

It’s how these women found success, she added. “Nothing was by chance, but by choice.”

Haddad began her career as a newspaper journalist. It wasn’t until the CrossFit regionals that she swapped stories for sweating full-time. It happened by accident, she explained. “I didn’t even do any sports in my youth.” Yet a decision in her teens to help her depression by going for walks changed everything. Shortly after, Haddad started lifting weights and found strength she never realized she had.

Haddad eventually began working with Nike around the launch of its sports-focused Nike Pro Hijab. The company’s research team brought her to its training campus, cast her foot in plaster and hooked her up to machines to monitor the way her body functioned.

“They were studying me from the neck down, not from the neck up,” Haddad has said in a previous interview. “But when we sat down to talk about the challenges of sportswear in my field, I brought up the idea of a sports hijab and how it could help Muslim athletes around the world.”

By the time the Rio Olympics rolled around, Haddad was training to compete. An unfortunate injury, however, forced her to retire from competitive sports. But she did qualify — something Haddad calls an honor, and a chance to encourage even more Emirati women into sport.

Despite all her impressive athletic achievements, Amna Al Haddad said it’s something deeper and more personal that she felt the most proud of.

“With a world that constantly has expectations of you, and having expectations of yourself… learning to put all that aside and accept myself is the thing I’m the most proud of. External achievements and success will always be there, but they’re just a check point, not an end point.”

The Flow talks are a regular series and admission is free. Flow itself is a restaurant and creative hub developed by the Emiratis Youth Council and Jumeirah Restaurant Group. flowdubai.com