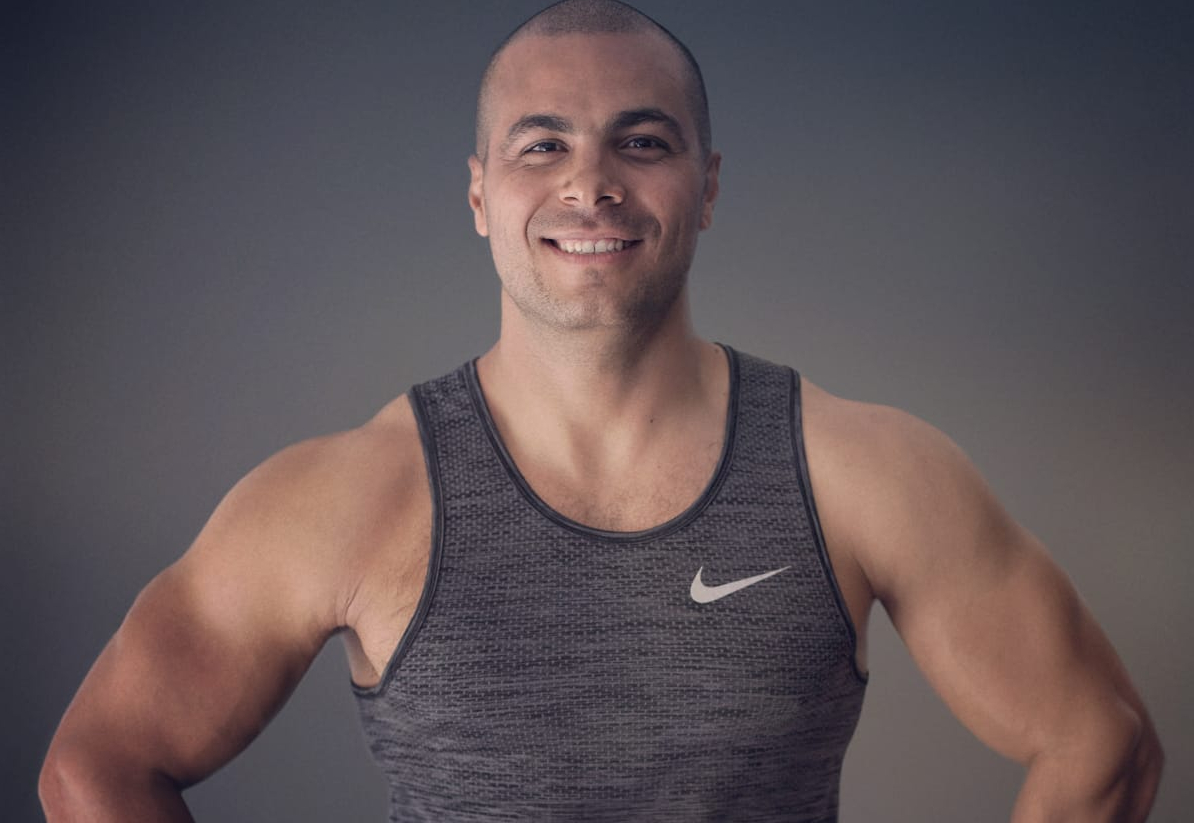 Salem Radwan was only 17 when he first caught the bodybuilding bug. Throwing himself into training, the Egyptian began competing, and winning. At a gym near his Cairo home he put hours of hard work into sculpting his physique.

“Bodybuilding attracted me because I had a lot of energy to invest and I wanted to direct it in the right way,” Radwan says. “I was training hard, sometimes twice a day, and I was getting results that my coach said many people would struggle to achieve so he wanted me to compete.”

The competition was exciting, he says, but not even close to fair.

“It was very obvious I was the only one on stage not taking any steroids or enhancement drugs. I passionately believed in training naturally then and I still do. Beyond protein shakes I don’t take anything and I won’t recommend anything to my clients. I became frustrated by this so much as I loved bodybuilding, that I decided it was time to focus on something different.”

Determined to pursue a career in fitness, Radwan became a personal trainer at Gold’s Gym in Cairo’s Katameya Heights. He was promoted to fitness manager before moving to Al Ain to oversee the opening of the huge new Gold’s branch there in 2015. Now working as a freelance trainer in Abu Dhabi, Radwan is trying to motivate people in the UAE capital to embrace a healthy lifestyle.

“I like working in fitness because I like to inspire people,” Radwan explains. “Whether it is transforming their bodies, helping them to overcome weaknesses or just making them happier. For me it is about leading by example too. To be a good personal trainer you need to work hard; you need to be the person who works the hardest in the gym.”

Radwan has noticed major differences in the fitness landscapes of Egypt and the UAE, with disposable income playing a major role in how people approach, and access, fitness.

“In the UAE there are more people who have the funds to do whatever they want but sometimes this means they are counting more on their money more than their efforts. In Egypt, effort is everything and I think fitness is more about teamwork. You will find 10 guys at the gym training together and all challenging each other.

“Here it is a lot more individualistic and that means it can be hard for people to break through their limits. This has been a challenge for me and I have to make them understand the importance of fitness first, then I hope they will fall in love with it and in turn become healthier.”

The Egyptian trainer has helped inspire a number of transformation stories in his homeland and adopted country, but there is one in Al Ain that particularly stands out for him.

“There was a police officer in Al Ain and his change was probably one of the best achievements of my career. He came in to Gold’s at around 125kg on the recommendation of the police, as he had been struggling to become fit and wasn’t able to do the job to the best of his abilities.

“He tried three personal trainers before me but they just weren’t the right fit for him. Fortunately, we clicked and I told him he had to be patient but that he could succeed. He lost more than 30kg – that was pure fat, not body weight – in four months. This was one of the best transformations I have seen and we are good friends now.”

Radwan is a passionate proponent of boxing as a fitness tool and where possible tries to incorporate it into his personal training.

“Boxing helps people release stress and I’ve found people really take to it once they try. When I put on my gear, and they put on their gear, something changes. I put on the belt around my waist for them to punch and boy do they like blowing off the steam.

“The boxing sessions support people to breathe, to defend themselves and, afterwards, to stretch. It is very important.”

Under the Instagram handle of @the_fit_salem, Radwan has built up a sizable following, with almost 13,000 people watching out for his posts. Being an influencer isn’t something Radwan set out to do, but he admits he has enjoyed expanding his reach.

“Really, I started posting as another way of reaching out to clients but then I started to get more and more comments and direct messages from random people, asking for advice. To be honest, it motivates me more to stay in shape. It’s a good pressure, not a bad pressure.

“Of course, it is nice to get compliments, but really I want people to understand that getting in shape and staying in shape is hard work. Often I work out with my clients, which means I sometimes do five sessions a day,” he says. “But I always stress to people that they shouldn’t be looking at someone else and trying to achieve their body shape. They should focus on doing what is right for them.”

Being a mom is hard: Think Like Mama helps

The UAE's first Bodyism is open in Abu Dhabi