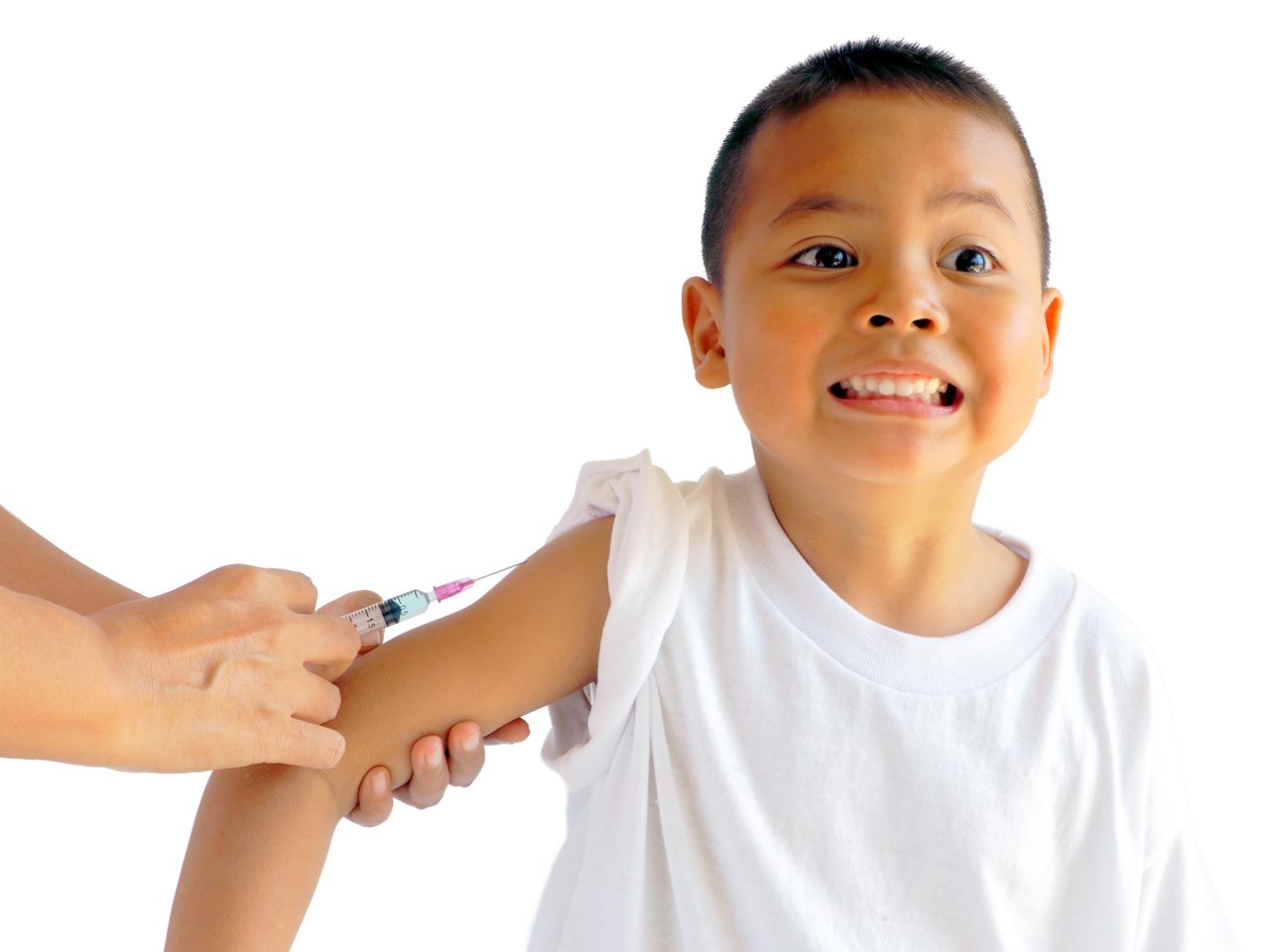 Hidden within a report warning of a rise in the number of measles cases among children around the world can be found a disturbing parable of our times. Last week, the global children’s charity, Unicef, warned that cases of measles – a potentially fatal condition easily prevented by a safe, cheap vaccine administered in early childhood – “are surging to alarmingly high levels.”

Some of those cases can be attributed to the breakdown of healthcare systems in countries afflicted by conflict or social unrest. In Yemen, vaccination programs have been derailed, with a 36 percent decrease in first-dose measles jabs in Aden over the past few years.

Save the Children estimates that 50 percent of children born during the Syrian conflict remain unvaccinated.

Venezuela, in the grip of political chaos, has seen a resurgence of measles, with thousands of cases and dozens of deaths.

But the vast majority of the record numbers of cases of measles cropping up around the world are in relatively wealthy, stable countries in the grip of a thoroughly modern disease – the highly contagious spread of fake news and misinformation on social media and the internet.

Measles is caused by a virus spread easily by coughs, sneezes and direct contact. Death comes from complications, including swelling of the brain, dehydration caused by severe diarrhea and respiratory infection. Before the measles vaccine was introduced in 1963, the disease was a major killer, claiming the lives of more than 2.5 million people every year.

We’ve come a long way since then. Between 2000 and 2017 the coverage of measles vaccination programs increased from 70 percent to 85 percent of the world’s children, preventing over 21 million deaths.

But children are still dying, thanks largely to a worrying 21st century tendency to prefer conspiracy theories to the solid evidence of experts – a tendency exploited by populist politicians such as Donald Trump, who has repeatedly tweeted his support for the false claim that there is a link between vaccines and autism.

From 2016 to 2017 the number of global cases of measles increased by 30 percent, with the greatest uptick in the Eastern Mediterranean, the Americas and Europe. Last year in Europe, the number of cases surged to a 20-year high of 60,000, with 72 deaths.

The largest increase in measles cases from 2017 to 2018 was in three countries – Ukraine, the Philippines and Brazil. Ukraine alone saw 35,120 cases and 30 deaths in 2018, with another 24,042 people infected in the first two months of this year alone. Worldwide in 2017, 110,000 people, mostly children under the age of five, died from measles, despite the availability of a safe, cheap and effective vaccine.

As the WHO says, its ambitious Global Vaccine Action Plan to reach everyone with vaccines by 2020 “started strong but is falling behind.” WHO and Unicef are scrambling to understand why there is such a resurgence and a clear theme is emerging. In its annual report in January, the WHO named “vaccine hesitancy” as one of the 10 major threats to global health.

Dr Seth Berkley, the chief executive of Gavi, the international vaccine alliance, points the finger at “complacency… and the spread of falsehoods about the vaccine.” Unicef cites increasing “negative attitudes toward immunization” in multiple countries, including the US, where the number of measles cases increased six-fold between 2017 and 2018.

In the Philippines, where misperceptions about the risk of an anti-dengue vaccine has undermined faith in all vaccines, there have been 12,736 cases of measles and 203 deaths in the first two months of this year alone. As Henrietta H Fore, Unicef’s executive director, says, measles may be the disease, “but all too often the real infection is misinformation [and] mistrust.”

The reality is that measles is vastly more dangerous than the measles vaccine. The disease causes death in one in 30,000 cases in high-income countries, and in as many as one in five cases in poorer countries. The vaccine, on the other hand, causes swelling of the brain or a severe allergic reaction – both treatable – in only one in a million cases.

Skepticism about vaccines in general, and the triple MMR vaccine for measles, mumps and rubella in particular, is being fed online by the so-called “anti-vaxxer” movement. One of its heroes is Andrew Wakefield, a British doctor who was struck off the UK medical register in 2010 after he published a paper in The Lancet claiming there was a link between the MMR triple vaccine and autism.

There is no such link and the paper was withdrawn by the journal after it emerged that Wakefield was a paid advisor in a lawsuit by parents claiming MMR had harmed their children. Yet Wakefield’s discredited paper is credited with triggering a sharp fall in all vaccination rates around the world and an equally sharp rise in measles cases.

In the US, where Wakefield moved after being struck off in the UK, he is feted by anti-vaxxers as victim of a plot involving “big pharma” and a medical establishment supposedly in its pay. Psychologists believe the rise in belief in such conspiracy theories is a reaction to a modern world in which many people feel increasingly out of control of their own lives and lacking in self-esteem.

Evolutionary biologists, on the other hand, might interpret the irrational rejection of life-saving healthcare interventions as evolution’s way of selecting those genes best suited to carrying forward human development.

Like polio and smallpox, measles can be eradicated, but the creation of so-called global herd immunity depends upon 95 percent of the population being inoculated. Globally, first-dose measles vaccine coverage has stalled at 85 percent.

It is ironic that, despite the innate brilliance of the human mind that has given us the weapons to defeat the pathogens that once wiped us out in our droves, we appear helpless in the face of the two modern diseases that continue to cull us – gullibility and stupidity.

How to navigate personalities while staying true to yourself

Bored with your fitness routine? Here are 9 wild and weird workouts that will make you sweat