Menu
He wanted to show off Dubai and demonstrate what people can be capable of. 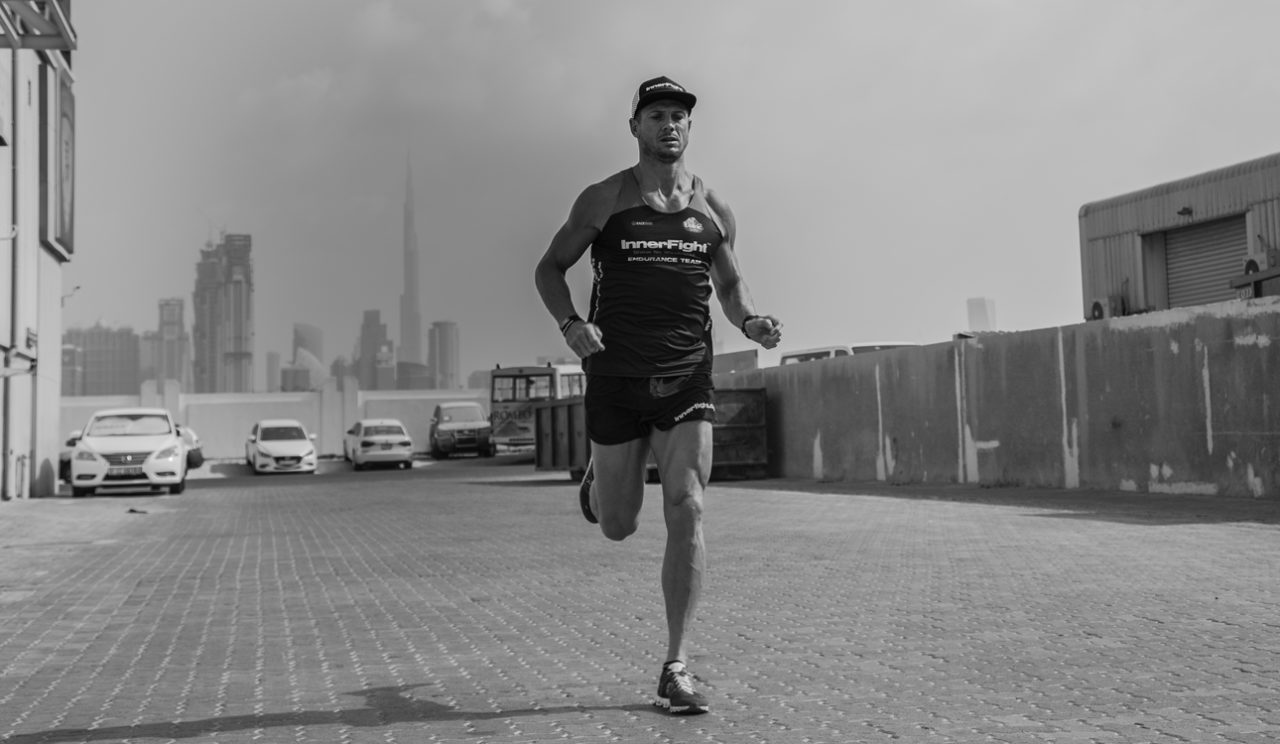 Marcus Smith decided to run 30 marathons in 30 days during the Dubai Fitness Challenge for four reasons. First, it was about showing off Dubai.

“Having been brought up here and living here for the last 35 years, I wanted to do something to raise awareness about how easy it is to do some form of fitness,” says the 39-year-old endurance athlete.

Next, “I learn a lot in these challenges, and I wanted to make my family proud.”

But mostly, continues Smith, it was about human potential. “I wanted to let others realize they have a lot of potential, and to try to realize my own.”

It’s even more remarkable, what Smith has accomplished, as it was just February when he was hit by a truck while training for an ultra-cycle world record. He had a broken scapula, a collapsed lung and seven broken ribs.

Yet every day during the 30 days of the Dubai Fitness Challenge, from October 26 to November 24, Smith rolled out of bed, laced up his shoes and headed to his starting point, the flag pole on Beach Road.

Routes varied daily, often determined by where he chose to finish. There was often a hero’s welcome, but none bigger than at than Saturday night in Downtown Dubai. His image had been projected on to the Burj Khalifa.

Sometimes he was alone. Sometimes he’d have 15 or 30 members of the community running alongside him.

“I’ve finished at a lot of schools,” he says. “I just tried to keep the route interesting and different every day.”

There isn’t any one particular route he like more than the other.

“They’re all pretty good,” he says. “The enjoyment of it is determined by the people who come with me. It’s great when it’s all these people running.” Every evening, Smith would put his planned route up on his Instagram, so that friends and strangers alike could join in for a jog — or for the whole 42.2km run.

The impact on his body has been noticeable in terms of fatigue, Smith admits. But that’s to be expected. “When you run long distances like that, four hours every day, a lot builds up. It’s kind of a roller coaster — some are really hard, some are easy, but you have to push through both.”

To fuel himself throughout, Smith ate meals from his own company, Smith St Paleo. “I eat when I’m hungry. I don’t count calories or macros, I just eat the right amount of food to fuel me, which I base on hunger and what I’ve learned through years of endurance challenges.”

The running hasn’t really impacted the Innerfight Gym owner’s physique, and he isn’t surprised. “I take a lot of care of my diet.”

For a complete beginning runner, Smith recommends the 7km beach track between the Burj Al Arab and the Dubai Canal. “It’s super safe, there are water coolers all along the way, and it’s really nice early in the morning.”

Downtown can get a bit busy and the GPS signal doesn’t synch too well, Smith adds. But try Old Dubai along the creek.

“There are so many places in Dubai, so many paths you can run on, and that’s the best part of it. We’re able to enjoy running.“

#recipe: Salmon and celeriac salad from Jenny Morris for Kibson's