Menu
Last year, Marcus Smith completed 30 marathons in 30 days as part of the Dubai Fitness Challenge. It was a monumental achievement in which he had to dig into his deepest physical and mental reserves to pull through. Since opening InnerFight gym in Dubai 11 years ago, Smith and his team of coaches have helped numerous people overcome smaller, but equally significant, challenges –  building their overall physical and mental health.  The stigma around mental... 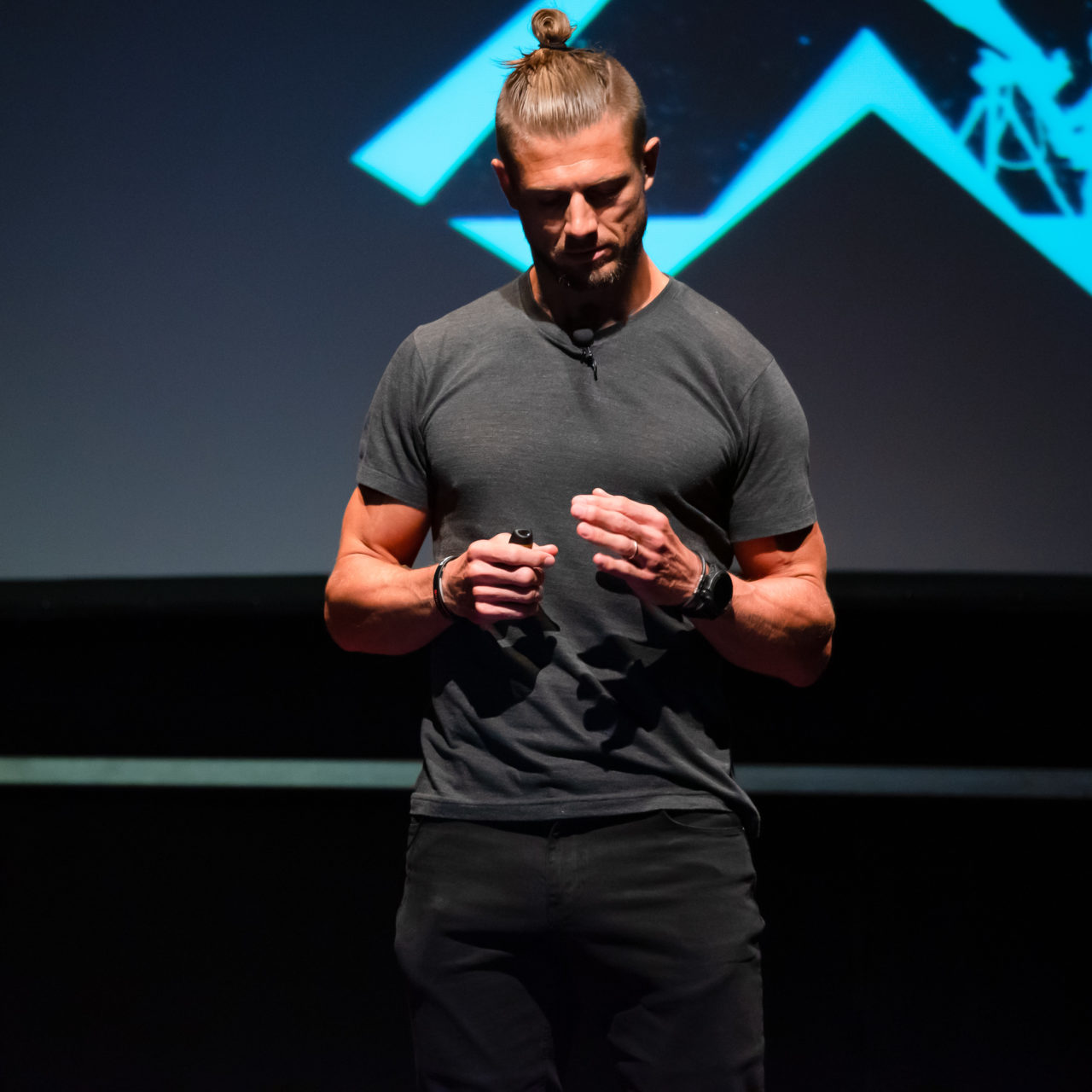 Last year, Marcus Smith completed 30 marathons in 30 days as part of the Dubai Fitness Challenge. It was a monumental achievement in which he had to dig into his deepest physical and mental reserves to pull through. Since opening InnerFight gym in Dubai 11 years ago, Smith and his team of coaches have helped numerous people overcome smaller, but equally significant, challenges –  building their overall physical and mental health.

The stigma around mental health appears to be declining thanks to some fantastic local and global initiatives but it has certainly not yet disappeared and many men in the UAE, and around the world, still suffer in silence.

Fitness is something of a double-edged sword when it comes to mental health; while some see it as a helpful outlet, for others a focus on fitness can also be a source of mental stress, with disorders such as body dysmorphia affecting more men than ever.

“With anyone we work with we are clear that the goals we set are theirs and no-one else’s,” Smith says.  “People always like to compare themselves to others but there is no need. I have seen people get stressed about what other people lift, how they look and how fast they go.

“My response is always the same. I say, ‘That person is fighting a different war to you so let’s just focus on you.’ We never want people to get sucked into comparing themselves to others; you should just set your own goals, go out and smash them and let others do the same.”

Despite the risks of comparing performance to others, a 2017 study in the European Psychiatry journal found that “physical fitness (both aerobic and muscular) was associated with lower mental distress.” This has been Smith’s overwhelming impression of those who visit InnerFight, witnessing many times the positive correlation between physical health and mental wellbeing.

“I see many people who are suffering from mental health issues and that is really across a broad spectrum,” Smith explains. “Fitness and exercise means different things to different people. For some we act as a sanctuary, for others we act as inspiration, but for everyone we are trying to be the solution and are often successful.

“We get people in a great environment where everyone is super supportive, get that biochemical reaction going on and have fun. Fun is the key. So many people are not having fun and sadly are lacking the happy hormone dopamine. We are trying to be a big playground for adults as well as children and that helps people massively.”

Beyond providing a hit of dopamine, InnerFight also aims to provide an open space for dialogue. This desire to facilitate discussion about facing and conquering obstacles led Smith to create the InnerFight Podcast. While fitness advice is certainly prevalent, the podcast is also an important platform for talking about mental wellbeing: from dealing with defeat to creating a positive mindset, a diverse range of topics are explored.

“I think the idea that men don’t want to talk about mental health is an assumption a lot of people make,” Smith says. “Yes, many of us will say we are okay when we are not okay but actually I think most humans naturally want to talk about the things that concern us. One of the biggest issues is accessibility to an outlet that will let you talk. Once people have this, they are usually willing to say what is on their mind.

“We have to ask ourselves if we have people we can go and speak openly to if we are not okay, and also if we have enough people around us who actually care and ask us how we feel,” he says. “I’m of the opinion that if you surround yourself with people who want great things for you then this will help you achieve greatness.”

Smith has faced down his own demons many times, seeking out challenges that have taken him to physiological and psychological extremes. His 30 marathons in 30 days remains one of the UAE’s most phenomenal fitness achievements; completing it was as much about mental endurance as physical fortitude.

“I had to break things down carefully on the mental side,” Smith recalls. “One major part of my mindset was instead of calling it 30 marathons in 30 days, we called it one marathon a day… for 30 days. Little changes like this helped the challenge seem more manageable. I was able to also draw on my experience of a near-fatal bike accident at the start of 2018. This was a major motivation.

“Your mind can be full of doubt but we had approaches in place to help. Mine was always that firstly, I recognize the issue, then reject that it is going to stop me from hitting the goal, then figure out how best to proceed and finally do it. When your brain is moving at three million miles an hour, you cannot add additional load to it. You have to strip things back.”

It has been more than 30 years since researchers at Boston University concluded that endurance training contributed to positive mental health and self-perception. Smith completely agrees that for many people, undertaking a major physical challenge can have a profound effect on mental health, too.

“I have seen the positive impact of endurance events time and again but you have to be careful about the size of the challenge, of course. I had run multiple marathons and ultra-marathons before I attempted to run 30 back to back. Just like when we are babies, we learn to crawl first and it takes time and a lot of practice before we can walk.

“Importantly, it is not just about endurance challenges. Everyone has their own battle. For some people, just going to the gym is the first port of call and for others it might just be having the discipline to wake up each morning and walk one kilometer. Setting some ‘non-negotiable’ daily exercise goals and then meeting those goals can definitely help people both physically and mentally.”

How to build a community anywhere -- even Dubai

Movember is growing across the Middle East