Menu
As a writer, photographer and presenter of her own podcast, “Daera,” Jehan Al Khatib explores the problems of women in collectivist societies. 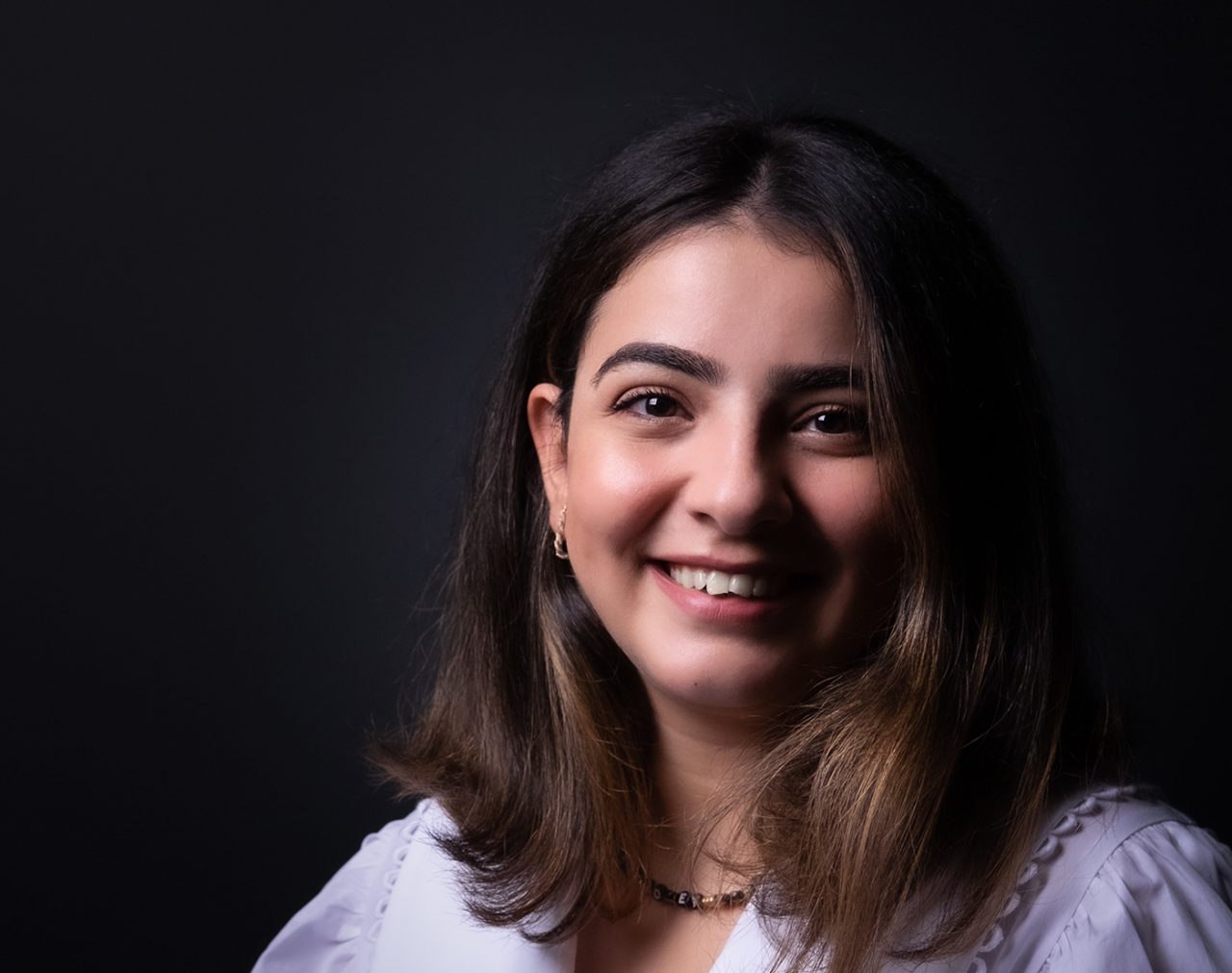 Jehan Al Khatib is a writer, photographer and presenter of her own podcast, called Daera (circle). As a Bahraini Palestinian living in the UAE, she considers herself a third-culture kid. Al Khatib works in media and communications, but her true passions are sustainability and the development of social sciences.

What’s your podcast, Daera, about?

I have a problem with targeted content. I take issue with creating content to lecture people and tell them what they should do or how to live their lives. Daera isn’t meant to have targeted content; it is meant to produce honest content. I try to deliver my experiences with transparency and honesty. This is because shame starts to dissipate when we are transparent and tell our own stories and we find that we all have a lot of stories in common.

Why did you choose the name Daera?

Our lives are full of circles that interact and overlap and sometimes we find ourselves back where we started. The circle grows as we grow; life is not linear. I always joke and say that I chose a circle because the rectangle was taken.

Did this podcast grow out of something you experienced?

The year 2019 was one of the most difficult years of my life, more so than 2020. I was working at the same time as attending university because I wanted to be financially independent. But my university told me my three years of work experience didn’t count as practical training. They said I had to quit my job and intern somewhere else, even though the job I had was in my field of studies. This was difficult as I had built a network and established a name for myself and becoming an intern was psychologically and financially taxing. Plus it doesn’t look good on a resumé.

After I left work, I was stuck at home for a while until I landed an internship. I would watch an entire season of Suits in one day. I had been writing for some time by then and I wanted to start my own thing. I used to have a blog, but I noticed that there was a change in how people were consuming content and that podcasts were trendy. I studied radio and television production at university and knew I could produce a podcast from my room, so I started Daera.

Your podcasts are usually about women. Why is that?

At first, it was difficult for me to find topics to talk about. I wholeheartedly believe that we should all tell our own stories, especially women. For a long time, art and media directed toward women have been made by men. I have no problem with men writing about women, but I have a problem when women are not part of the process. Men cannot produce any content about women without having women on the production team.

I also struggle with the savior mentality, particularly the “white savior” – for example, if a white man decides to write about women in the Arab world and reflects their image as oppressed and so on. This depiction may be correct in some instances, but not always. And the man comes with a specific agenda, so that’s the image he wants to convey. This is why I decided to talk about women, about the daughters of my generation, my mother, my sister and the many women in my life because we deserve to have our voices heard.

If you ask someone from any community to tell their story, whether they are a refugee or a soldier or whatever, they are the only person who can express what it’s like, the difficulties they underwent. Only they can give their life story from a personal and honest point of view.

Our stories are the most personal thing we have. I believe that women do not share their stories out of fear, shame and not having a platform. The more we tell our own stories and the more honest we are, the more likely we are to destroy this wall that keeps people in fear.

The role of women can’t be complete if their stories are not told completely and a man’s view can only be from a man’s perspective – is that what you mean?

They don’t consider, for example, maternity leave or breastfeeding hours and so on, because there are no women in administrative positions to make such decisions.

When we have a seat at the table, we can reclaim the narrative and be part of the decision-making process. In this sense, the purpose of the media is not just to tell a story but to effect change in society.

Arab society is collectivist: the needs of the group are more important than the needs of the individual. It’s expected that a woman will get married and have children. How can these barriers be overcome?

Marriage and building a family and marriage are imposed on all of society – women and men, young and old. However, the pressure on women is greater than on men, which is illogical because traditionally, it’s supposed to be men who approach and propose to women, so how can we blame a woman for not achieving something that she is not expected to seek for herself? If she is supposed to wait for it to come to her, how is she to blame if it doesn’t? It’s difficult for a woman to cope with the family’s unrealistic expectations and with things that are out of her hands.

There seem to be some changes in Middle East, with some flexibility. Do you agree?

I believe expectations are not unified. Beliefs are based on the past experiences of the family, on education levels and whether an independent nuclear family or the extended family is involved. With bigger families comes more pressure. In some societies there is some flexibility and ease in topics like marriage, but more traditional communities are stricter. Some of these closed societies require women to marry within a certain circle and if she doesn’t find a suitable partner in this circle, she loses her chance at marriage.

What happens if a woman decides not to marry but to live her life on her own terms?

There is a widespread belief that being an independent woman and living alone leads women to promiscuity, but a promiscuous person is promiscuous anywhere. Responsibility and self-reliance come from living independently.

If someone decides to devote his life to science or art or something other than marriage, then we say this person is a creative genius, dedicated to his career. But if that person is a woman, we pity her and say that she could not find anyone to marry her.

Is it just men who impose this view on women? Women can be their own worst enemy.

If people are jealous of others who do things that they cannot do, they tend to project negative energy on to the other person.

For example, a woman may see that you have your freedom and she wants the same freedom, but she cannot have it, so she starts talking about you negatively. I don’t agree with the idea that women are women’s worst enemy, because we have to get to the root of the problem, which is: why do some women think like this? Did this woman sit down and decide to live her life as it is, or is her life the result of years of imposed patriarchy and gender roles? Is this woman a victim?

I believe that a person should have awareness of more than just the society in which they are raised, but many people cannot escape this cycle. For example, there are women who criticize my mother and say, “Oh, you let your daughter work abroad, what a shame,” but no man has ever criticized my father. This is not because men support women’s independence, but because in our society, men should not gossip about women.

Do you think this behavior is a type of patriarchal bargaining?

I like this term. In our generation, we have a term called “pick me girls” – women who might claim, for example, “I am against women’s independence and feminism” because they want you to choose them as your life partner or your friend.

I see patriarchal bargaining when someone tells me, for example, that such-and-such a country has “X” percentage of women represented in the government. I tell them that representation in a governmental institution does not necessarily mean that women are able to express themselves or that they have reached equality. On the contrary, in many instances these women in power are privileged and cannot speak about the needs of oppressed women. If women in power do not have the knowledge and awareness of all the things that all women in society go through, they will not be able to address their problems transparently.

The oppression of women is not the same as it used to be, but it exists in different forms. Are working women restricted because they are women?

I absolutely agree. My name Jehan is a masculine name in India. Once, I was talking to someone via email. But when I called him to follow up on something, he was shocked to hear I was a woman and the way he spoke to me changed. He even told me: “You sounded so assertive I thought you were a guy.”

How do you go about living a life that’s true to yourself rather than living for others?

You might try to abide by social expectations, engage with the idea of ​​an engagement, be wedded to the idea of ​​marriage, or decide to get an “easy” government job, but you must think about the ultimate purpose that you want from and in your life.

What do you want to do? If you know the answer to this question, you could live for yourself. When your values are clear to you, your life will be clearer. The most important thing is to talk to yourself and meditate … talk about the things you love. The more you give yourself, the more you will get out of yourself. Also, don’t feel that you have to hide any part of yourself to please others.

How do you define purpose?

My purpose is that, when I die, people will only remember me in good faith, my will work continue to grow and will benefit people after me. And that whatever I leave behind, people can build upon it and complete it so that the world is better. A purpose is something you believe in with all your heart and live your life for. Everything has to be tied to that purpose.

My work, nurse edition: 'The work is heavy'

Want a nature getaway? Book a stay at one of these UAE hotels 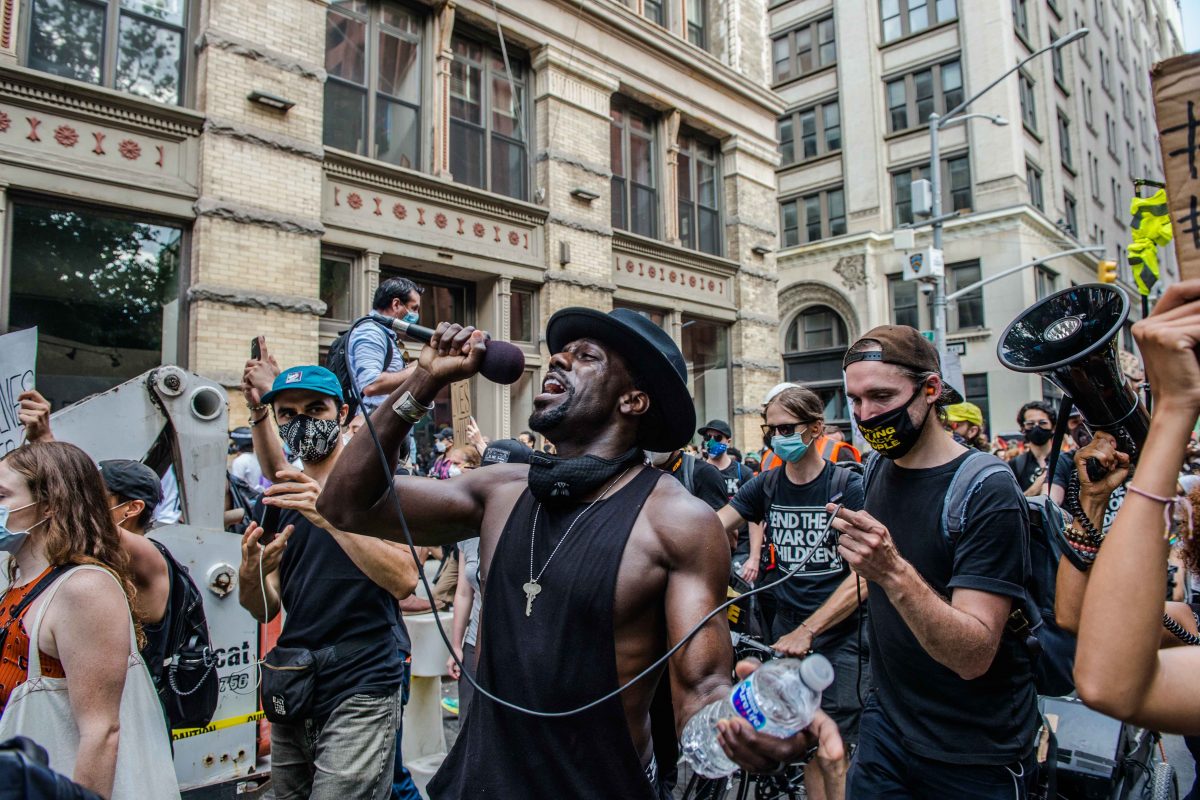