Menu
These are hard times indeed, but one person who is determined to help us beam right through this Covid-19 challenge is laughter yoga specialist Suman Suneja. Born in New Delhi and now a Dubai resident, Suneja was an engineer when he returned to his homeland after being diagnosed with arthritis in 1992. Three months in an ashram, soaking up nature and learning to teach yoga, proved healing for his arthritis and created a life-long belief... 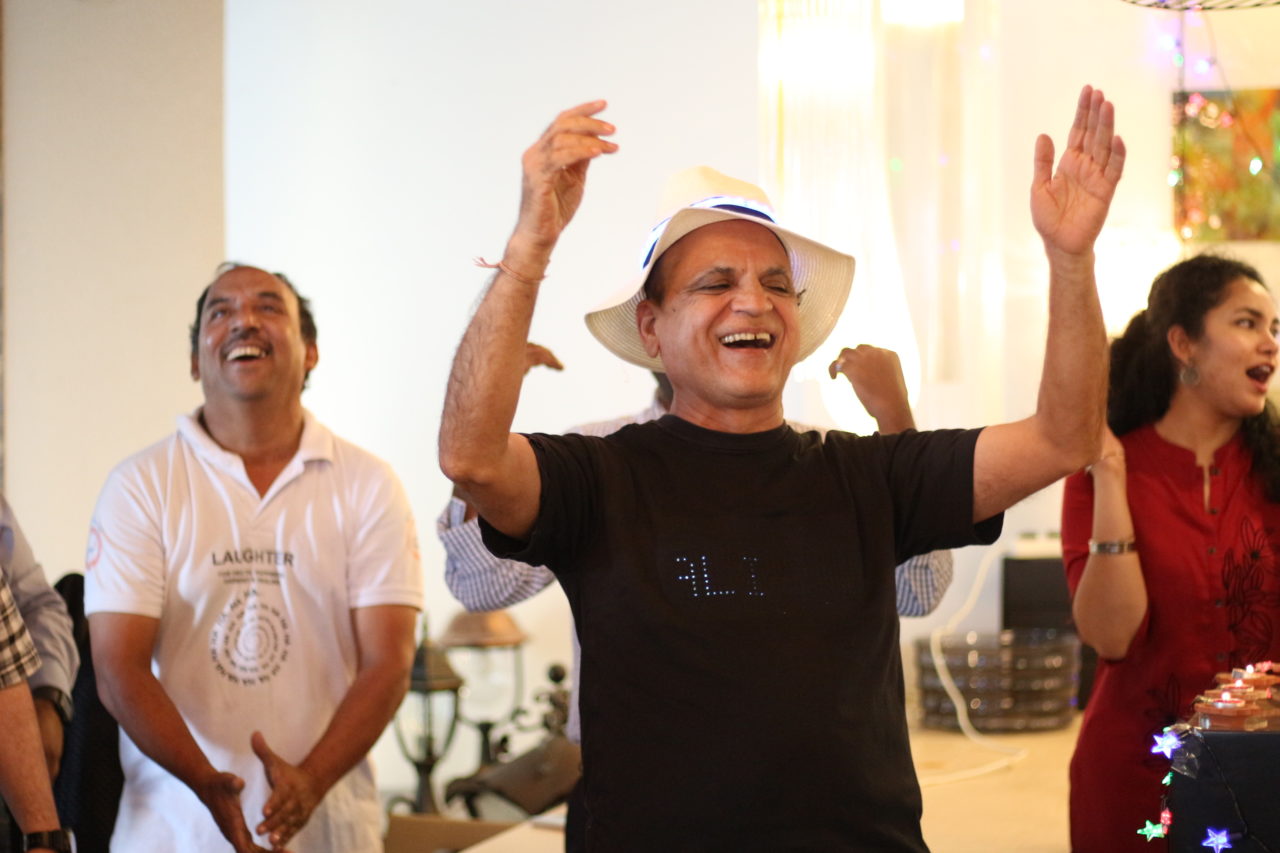 These are hard times indeed, but one person who is determined to help us beam right through this Covid-19 challenge is laughter yoga specialist Suman Suneja. Born in New Delhi and now a Dubai resident, Suneja was an engineer when he returned to his homeland after being diagnosed with arthritis in 1992. Three months in an ashram, soaking up nature and learning to teach yoga, proved healing for his arthritis and created a life-long belief in the power of positive thinking.

“I realized the power of laughter as happiness and a positive attitude make the body work more actively in treatment,” he explains.

Suneja returned to Dubai the following year and started the Friends of UAE yoga club. He’s been offering his workshops – Be Stubbornly Happy is one title – and laughter sessions ever since, teaching up to 1,000 people a month. Difficulty sleeping, high cholesterol and blood pressure and even diabetes can be improved with yoga and laughter, he says.

Even amid the uncertainty created by Covid-19, people can learn to change and adapt.

With his company Murano Lighting selling throughout the Middle East, Asia and Africa, Surano jokes that he is a “a complete lighting provider.” He also has his own restaurant, Health Way, in Sharjah, specializing in wheat grass shots. We asked Suneja to explain how laughing can help get us through tough times.

People are having a hard time laughing right now, aren’t they?

People aren’t laughing much because they are in a panic mode and fear mode. But laughter is the best medicine and in the present situation it is the only medicine. We have to swim against the stream, we have to turn the tide and the best way to do that is when people start laughing and giggling. Laughter is very contagious, so when people see others laughing, they start laughing, too. Laughing and generating a festive mood helps the whole of society.

What is laughter yoga?

Why do they say laughter is the best medicine? Because it really is. It releases endorphins and decreases stress hormones such as cortisol. It also increases immunity and protects the human body from viruses and bacteria.

What are the other benefits?

Laughter yoga is preventative as well as therapeutic. Laughing everyday will not allow your body to fall ill as easily. Endorphins are natural pain killers and also help your body to heal at a faster pace than normal. Laughter yoga increases oxygen to your body and brain and makes you feel healthy and energetic.

Laughter yoga is based on the premise of ‘fake it till you make it.’ And you will make it. As I said earlier, laughter is very contagious. When people first come to the  laughter sessions, they are wondering if it works. Then they are giggling and then they start laughing. It is said that 15 minutes of laughter is equal to five kilometers of jogging. As well as the benefits of laughter to mental health, if you maintain a happy frame of mind you will generate a lot of endorphins and wellbeing juices, so that makes laughter a complete exercise for mind, spirit and body.

How do people in your sessions for the first time normally react?

When I take laughter sessions with a group of new people who are not used to it, we show them some documentaries on the benefits of laughter so they understand what they are in for. And then we show them some previous laughter sessions, to create a mental mood in them. When they start laughing, they are hesitant for the first couple of minutes and then they start giggling and within three minutes they are in full-hearted laughter. Toward the end, everybody is feeling quite used to it and they’re starting to go round saying “Very good, very good,” to each other.

Dubai is a multinational city so I get invited to Indian clubs, the Filipino club and other clubs. Some of the most excited people I come across are the Filipinos. For instance, I’ll drive and announce I’m doing a laughter session and explain it benefits and before I finish, they all start laughing.

What is your take on our ability to laugh right now?

Unfortunately the media has created such a level of fear in society that the demons are also increasing. While the government and all other channels are showing guidelines on how to prevent the spreading of the infection, I feel there could be more emphasis on internal sanitation and improving the immune system.