Menu
Glastonbury Festival, 2011. It is 4am and in a muddy tent the dancefloor is heaving as revellers in Wellington boots slide around to an eclectic mix of power ballads and dance music. Everyone is smiling, but no-one is making a sound. This is my first taste of a silent disco.  Fast forward eight years and my second bite of the cherry (technically the fourth as every night at Glastonbury ended at the silent disco tent)... 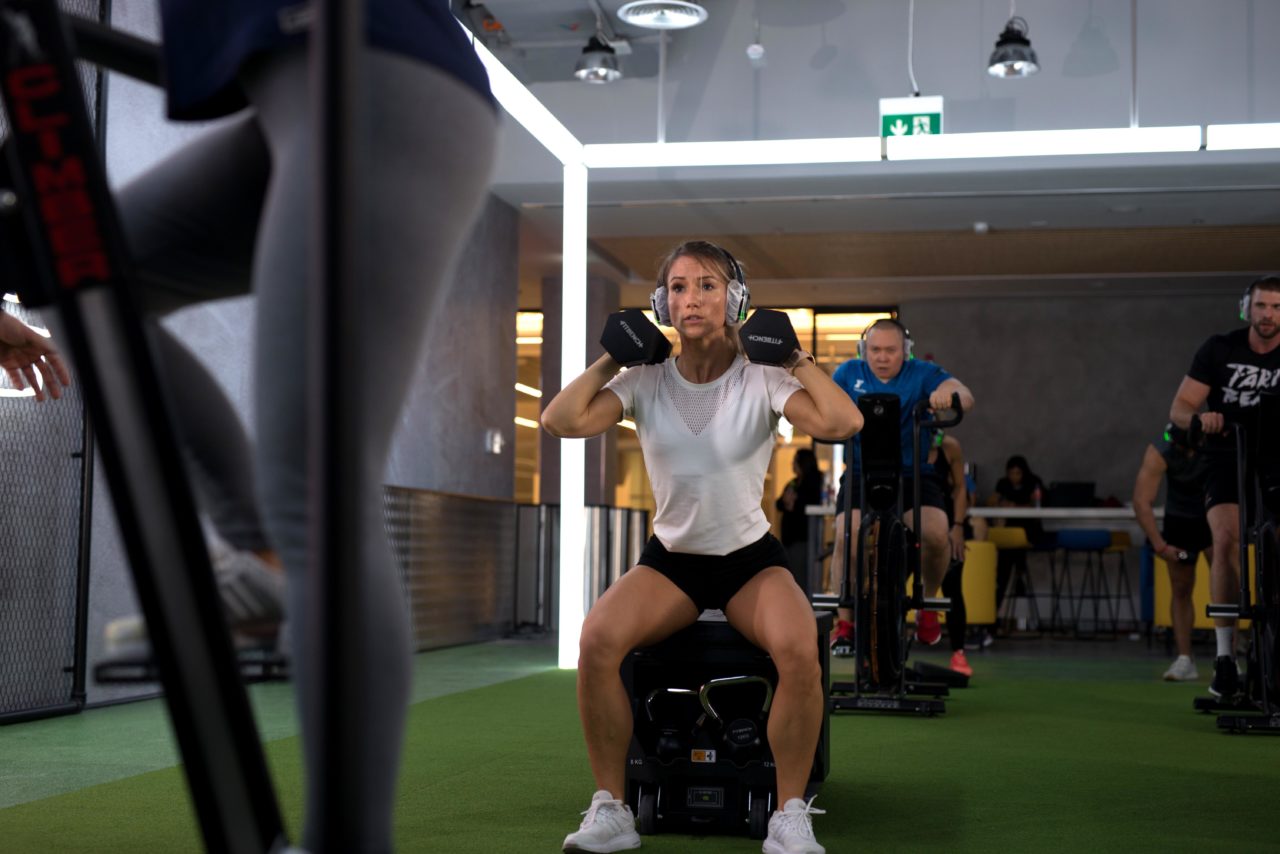 Glastonbury Festival, 2011. It is 4am and in a muddy tent the dancefloor is heaving as revellers in Wellington boots slide around to an eclectic mix of power ballads and dance music. Everyone is smiling, but no-one is making a sound. This is my first taste of a silent disco.

Fast forward eight years and my second bite of the cherry (technically the fourth as every night at Glastonbury ended at the silent disco tent) is in the slightly less hedonistic surrounds of Fitness First.

The global gym brand recently opened Fitness First The Palm in Nakheel Mall. It is the brand’s most experimental offering yet, with five boutique studios under one roof.

“We’ve not been afraid to shift the brand and reinvent ourselves,” George Flooks, chief executive of Fitness First Middle East, tells livehealthy.ae. “What we have come up with is Disneyland for people who love fitness.”

In an increasingly saturated market, the company is determined to innovate and one of the concepts found at Nakheel Mall, KUBE, is certainly novel.

Described as a ‘HIIT Studio without walls,’ KUBE takes place on the gym floor in a square space illuminated by bright white light. The 45-minute session includes rotating through four stations in a HIIT-style workout.

Crucially, the music and instruction for the session are transmitted through headphones. It may be a lot less muddy and a lot more sweaty than my last outing, but there is an unmistakable silent disco vibe to the class. In your own zone, focusing on your own music, it is a happy place to be. On this occasion the coach is in control of the playlist but with some belters from Michael Jackson and Swedish House Mafia, he is hitting the right notes with his audience.

“Once you put those headphones on you totally disconnect from the environment around you,” Flooks explains. “That bustling gym, the personal trainers, the music – it all disappears and takes you into your own world and yes, is very much like a silent disco in that way.

Concentrating on the music during a KUBE workout helps youfocus on listening to the instructor, he explains.

“For us it is about creating fitness experiences,” says Flooks. “If we can create a great experience for you, I know you’ll wake up the next morning thinking ‘I’d love to go back to that class.’ We’ve given you a fantastic memory and that is why you want to return.”

Beyond the novelty of the wireless audio system, Fitness First have certainly spared no expense with  KUBE.

VersaClimber cardio machines – still a rarity in Dubai – help people literally clamber toward their fitness goals, while the Octane AirdyneX fitness exercise bike is equally top-of-the-range. But the piece de resistance comes at the end of the class, in the form of the Theragun handheld massager.

Used for active recovery, the Theragun is fitness flagellation for the 21st century, as participants are urged to aim the piece of equipment at tight muscles. It uses ‘repetitive strokes’ (more like ‘strikes’ for those with a low pain threshold) that reach 16mm deep into muscles, 40 times per second. The idea is to stimulate circulation, generate heat and release tension; admittedly, firing the gun at the quad for a minute does feel particularly satisfying.

“For most people, recovery after HIIT means lying on the floor with a foam roller for 15-20 minutes to loosen up but we wanted to incorporate it into the workout,” Flooks says. “Having the VersaClimber also makes us stand out as HIIT classes in the UAE are almost exclusively based around treadmills; we wanted to change that.”

KUBE is one of several new concepts at the 1,652 square-metre Fitness First The Palm.

There is also space for boxing classes, described as ‘Rocky meets Tron in a multi-sensory experience’, plus studios for spinning, hot yoga and GX, with a choice of 100 different Les Mills sessions including Pil-oxing and Zumba. There is also a private ladies-only gym.

The aim has been to combine the traditional, mainstream gym experience with the sort of boutique group exercise offerings that are popular in the market at present.

“People have said ‘why do you want five studios?’ says Looks. “The answer is that it’s where the market is. Boutique and single sites are popular; we’ve seen that and put it all together.

“It was about trying to create a business model that incorporates everything but is still just one price, which in reality means it is probably costs half as much as doing those boutique classes individually. We’re really happy with what we’re now able to offer here.”

The first Livehealthy Festival is here