Menu
The Department of Culture and Tourism – Abu Dhabi (DCT Abu Dhabi) and the National Basketball Association (NBA) have launched the first Jr NBA Abu Dhabi League, a youth basketball development program for 450 boys and girls across Abu Dhabi. The draft event is offered for ages 11-14 from 30 schools. Each school has been assigned an NBA team, with each participant awarded a corresponding NBA-branded jersey. The Jr NBA Abu Dhabi League, which is part... 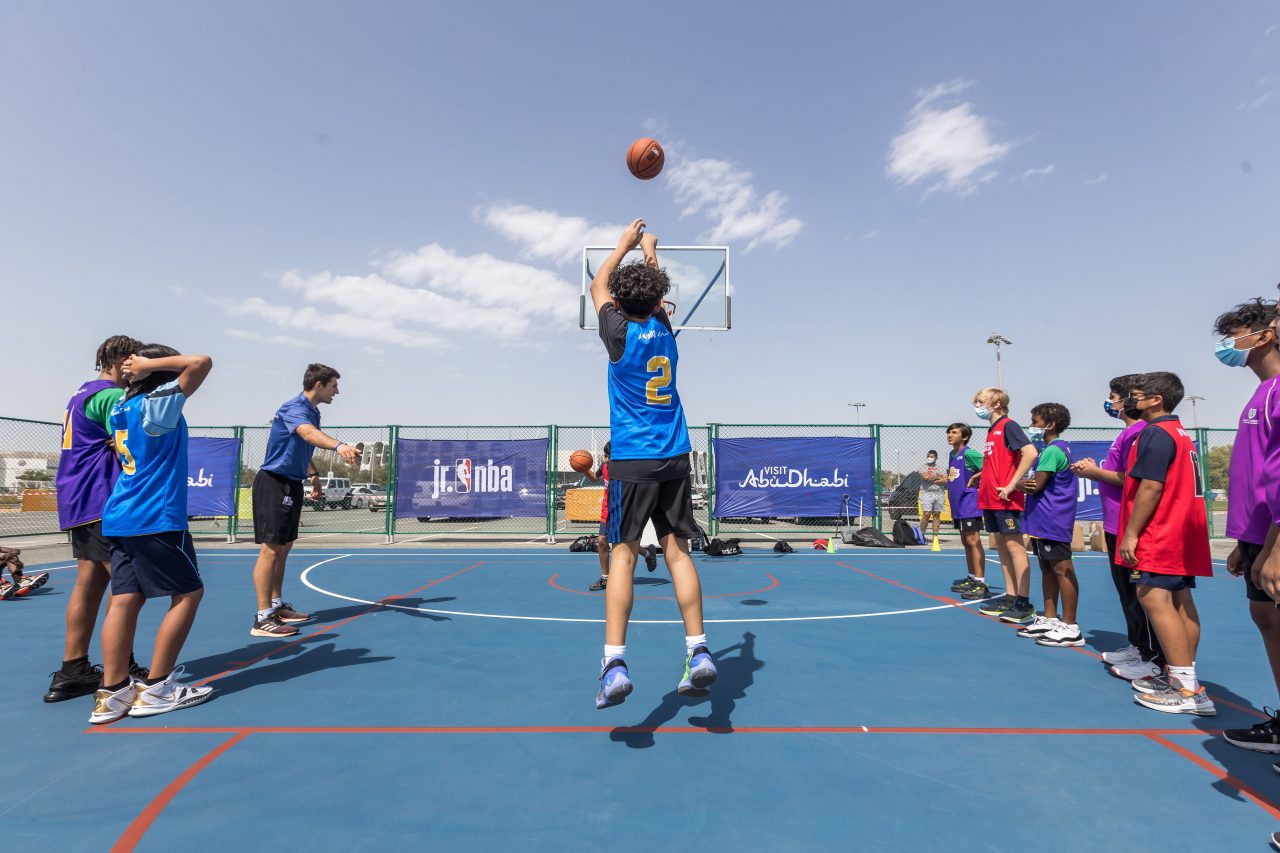 The draft event is offered for ages 11-14 from 30 schools. Each school has been assigned an NBA team, with each participant awarded a corresponding NBA-branded jersey. The Jr NBA Abu Dhabi League, which is part of the league’s global Jr NBA program, will feature boys and girls divisions composed of 20 teams and 10 teams, respectively, and will expand to include additional schools and leagues in the future. Games will run through to Saturday, May 21, when the first Jr NBA Abu Dhabi League Finals will be played.

The Jr NBA is a global youth basketball program that teaches fundamental skills and core values of the game — teamwork, respect and determination — at a grassroots level in an effort to help grow and improve the youth basketball experience for players, coaches and parents. In his opening remarks, Mohamed Khalifa Al Mubarak, chairman of The Department of Culture and Tourism – Abu Dhabi (DCT Abu Dhabi) said that growing up, he never thought a moment like this was ever going to happen.

“I learned basketball by watching Clyde “the glide” Drexler, Michael Jordan, Hakeem Olajuwon — some of the most amazing players — and I wasn’t as lucky as many of you,” he said at the launch. “I didn’t have coaches, so all of you are lucky not only to be in a place where you’re learning directly from some amazing coaches and players, but also from each other. This is what basketball is all about, continuously learning and striving for excellence.

“The NBA and Clyde Drexler are here to help you reach your potential and believe in yourself, because we believe in you. I’m sure that 10 or 15 years from now somebody here is going to do something special, maybe not in basketball, but it’s going to start here because you’re going to understand how to work together as a team and that you need to commit yourself to something. Committing yourself to basketball makes you a much better person and I truly believe that.”

Ralph Rivera, managing director, NBA Europe and Middle East thanked the Department of Culture and Tourism Abu Dhabi for their partnership and leadership in bringing the NBA to Abu Dhabi. He also thanked the young boys and girls in attendance for starting their journey with Jr NBA.

“The Junior NBA is the NBA’s global developmental basketball program for children like you all around the world,” he said. “Just as important as teaching the game itself, the program teaches values like teamwork, respect, determination and community. These values will help you succeed in all aspects of your life throughout your life. You’ll soon know which one of the 30 NBA teams your school will represent and I hope you’ll compete with pride and have lots of fun throughout the season hopefully all the way through to the finals in May. But just as important as your moves on the court, will be the memories that you share with each other and the friendships that you’ll make. Basketball has a unique ability to bring people together and I’m confident that junior NBA Abu Dhabi will do that for you”.

The draft portion of the ceremony was conducted by Naismith Memorial Basketball Hall of Famer and 10-time NBA All-Star, Clyde Drexler, who urged participants to do their best and have fun.

“As a member of the NBA for 15 years, I am delighted to be here. Even as an old man, it’s still a pleasure to travel the world and see that passion in the eyes of the kids who play the game, because that competitive spirit never leaves you. It’s active in every career path you’re going to choose. You’re going to be the best version of yourself that you could possibly be and that’s what sports teaches you. It’s a microcosm of life and so because of that you never know where it’s going to take you so have fun and enjoy the process.”

The Jr NBA Abu Dhabi League is part of a multiyear partnership between the NBA and DCT Abu Dhabi that will see the UAE capital host the first-ever pre-season NBA games in the Arabian Gulf in October 2022, along with a variety of interactive fan events featuring appearances by current and former NBA players, a series of NBA FIT Clinics promoting health and wellness, and an NBA 2K League exhibition event.

• Details about the two preseason NBA games in Abu Dhabi in October 2022, including the participating teams and host venue, will be announced at a later date.  Fans can register their interest in receiving more information by visiting NBA.com/abudhabi.

Forget Jan 1: NOW is the only time to change