Menu
Jaden Smith, who has been working on an eco-water brand called Just Water with his dad Will and other experts, wants to bring it to the UAE. 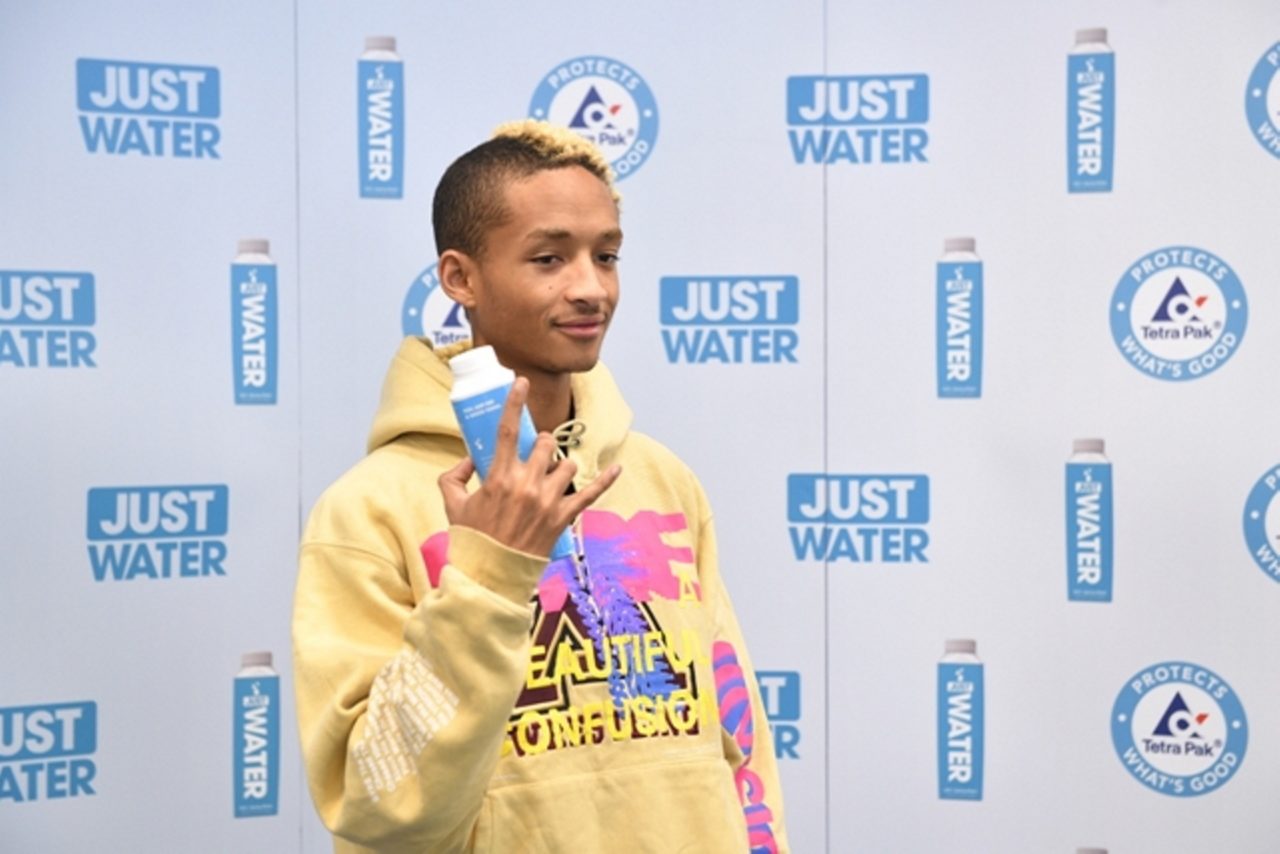 Jaden Smith’s latest trip to Dubai was not for a vacation with his famous family. (His rapper-actor father Will, actress mom Jada and siblings have been frequent visitors to the UAE.) Instead he was at Gulfood 2019 to explore opportunities for Just Water, the eco-water brand he launched with his dad. At 20, the rapper, actor, fashion designer and producer is branching out. Here’s why.

Smith was only 11 when he learned about the role CO2 plays in global warming — and the damage caused by humanity’s long-term addiction to plastic.

“I started learning about this at a really young age and realizing ‘wow, this is crazy’,” he says. “And how the things in my daily life and the products I used in my daily life were products that we all thought were fine, were actually causing a lot of these issues or were a part of the problem.”

Even as a pre-teen he believed people would behave differently if they knew differently. He calls Just Water a “mission”, not a company, because of its dedication to reducing C02 emissions.

“That’s what is directly fighting global warming compared to our competitors,” he says.

Just Water has several guiding principles: Where possible they bottle and source locally. (Although in the UAE, Smith acknowledges the product would likely have to be shipped.) Just Water only takes excess water and pays above the going water rate for it. That sends money into the municipality’s economy, which they can use to upgrade infrastructure.

The Tetra Pak container, made from 82 percent renewable content, is recyclable. The company also donates almost 10,000 bottles a month to the citizens of Flint, Michigan, who have an infamously contaminated water supply.

He believes natural is better

In New York Just Water, which launched in 2015, draws its water from a reservoir that collects snow and rain. In the UK, which launched last year and Australia, coming in March, the source is natural springs. Smith wrinkles his nose when Just Water’s chief executive Ira Laufer wonders aloud whether the company would ever turn to purified water, which involves an energy-intensive factory process, with the necessary minerals added afterwards. Not only does he prefer the taste of water that comes from the earth, he firmly believes the natural trace elements it contains — calcium, magnesium and potassium — are better for us, too.

“We evolved in nature, just having those natural minerals from the earth,” he said. While the concept of how our bodies react to added minerals is still under study, “nature knows what we need” says Smith.

People are waking up

To that end, Smith wants everyone to use a refillable bottle or cups when they are at home. Just Water, he argues, is the best eco-option when you hit the road.

He likes to work hard at many things

It’s been seven years since Smith learned about the impact of plastic water bottles on the environment, and in that time he’s been acting, going to school, rapping – and working with MIT-affiliated environmentalist Drew Fitzgerald and his dad to develop and launch Just Water. In the last five months, his trip to Dubai — and to nearby Mumbai for a concert — has been the only break Smith has taken since embarking on his second album, a follow up to 2017’s Syre. He added an appearance at Billionaire Mansion to round out the trip, too.

His mom brought up  that work ethic last year in an episode of her show Red Table Talk.

Smith wants other people his age to know they can do many things, too.

“You can just be you, whether you want to be a ballerina and a skateboarder – whatever that means for you, that you can do that,” he says.