Menu
Toasted quinoa is the secret to these dates-based energy balls. 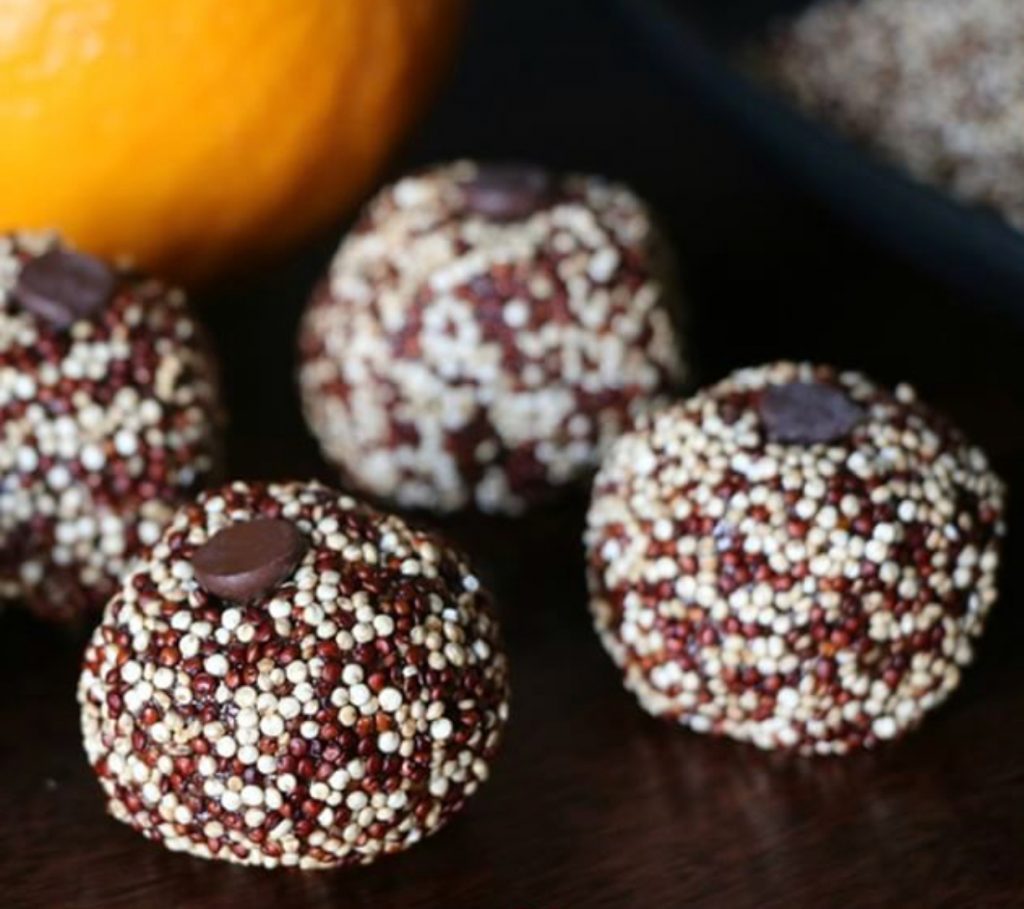 Date-based energy balls are everywhere these days, but not everyone has had the bright idea to roll them in toasted quinoa. Leave that to Dubai’s plant-based chef Zendy Marsam, who says the grain provides a crunchy, nutty flavor that complements the chocolate. The @FlavoursbyZendy food blogger and recipe developer just hosted a special vegan brunch at Rove Hotel over the weekend, the third such event that is part of Dubai Vegan Days. You can watch the mom-of-two from Indonesia cook up a storm on her YouTube channel. As for her Choco Orange Bliss Balls, she says they are “like eating a Terry’s Chocolate Orange – only much healthier.”

1) Mix equal parts of the following in a food processor:

3) Top with a chocolate chip

This Olympic sprinter is opening the first Michael Johnson Performance Centre outside the US, in Dubai