Menu
If, just a few years ago, you had posed the question of whether or not diabetes could be cured, you’d be considered ignorant in the subject just for asking the question. 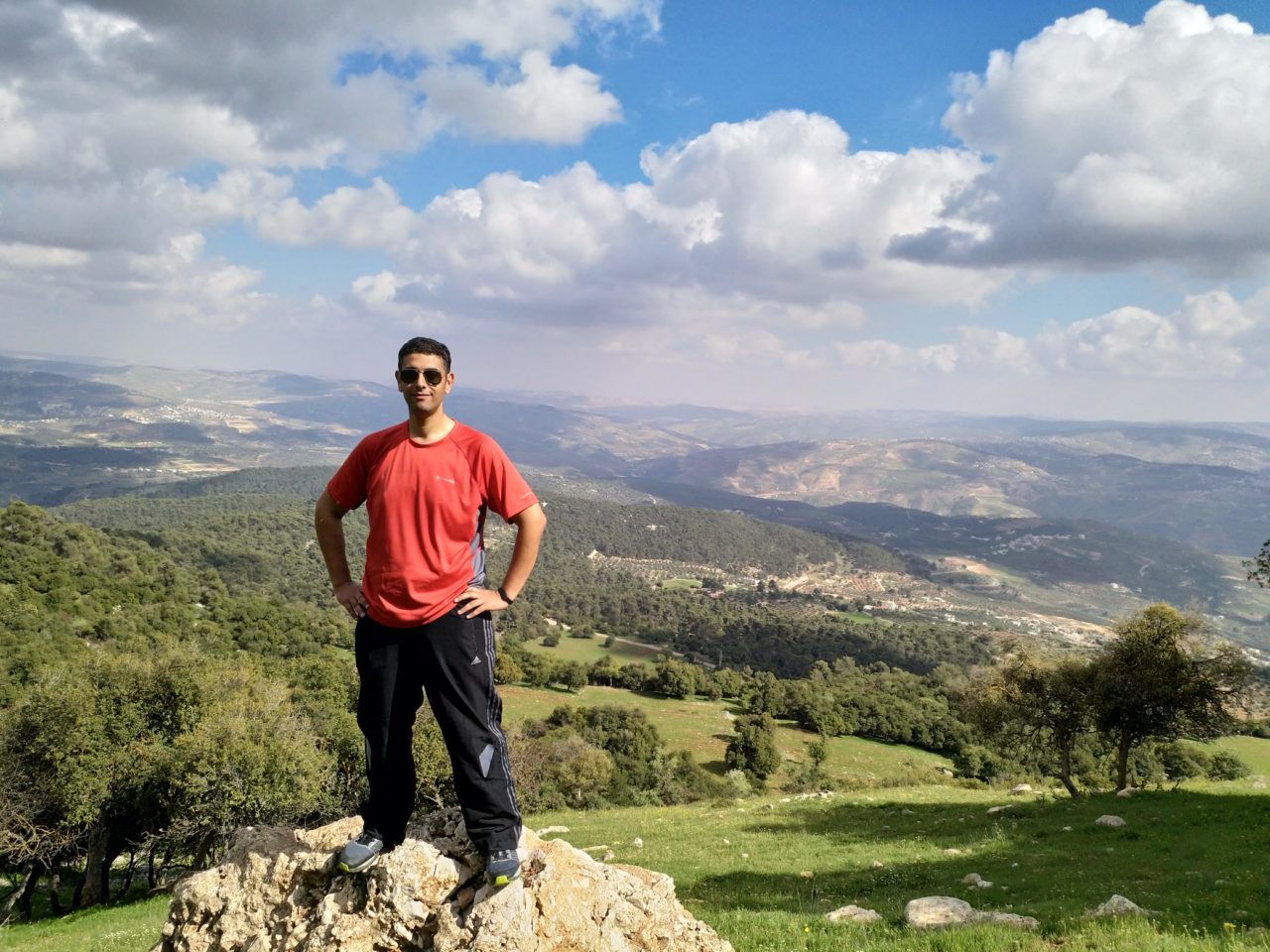 I don’t have diabetes. I don’t even have prediabetes, which is an actual condition. It’s known as impaired fasting glucose, and it’s basically a wakeup call, announcing that your blood-sugar levels are higher than they should be and if you don’t do something about it, then you’ll be labeled as diabetic soon enough. Is there a cure for Type 2 diabetes? Read on.

I didn’t fall in either category, but that’s just because a few years ago I took drastic measures to lose more than 60 kilograms. This took well over two years, but it rid me of a lifelong obesity that had me on the fast-track to becoming diabetic.

There’s no doubt about it: if I hadn’t lost the weight, I would have received a diagnosis of type 2 diabetes, I am sure. My younger brother, Ahmad, did, after turning 30, living as he was with extreme obesity. His diagnosis brought our family to its collective knees in shock. A chronic disease that was once described as the illness of the elderly, striking those who were 50, 60 or older, had become a reality of my young brother’s life.

The years I spent writing about diabetes – traveling the world to meet diabetics to learn about how they live with this lifelong condition, working with a  pharmaceutical company that is the world’s biggest insulin maker, reporting on the rise of diabetes in the UAE – finally hit home. Everything I had learned about this disease, described as “the silent killer,” pointed toward only one scenario: my brother would have to live with it for the rest of his life. There was no other way.

But then my brother went and changed his lifestyle completely, and everything I once believed about the disease was put into a new perspective. While once he was sedentary, he now embarks on day-long hikes every weekend and trains in a boxing ring on weeknights. While once he survived on a diet of greasy sandwiches and sugary sodas, he now only drinks water and counts calories fastidiously. Ahmad (see picture above) shed the kilos over two years, and now he seems to have shed his diabetes. His blood-sugar levels are regulated, and he no longer requires medication.

So is he cured? Is that, then, proof that type-2 diabetes can be cured, simply through a change in lifestyle?

“Not at all,” says Dr Khaled Al Jaberi, the chief of endocrinology at Mafraq Hospital in Abu Dhabi. “Simply put, diabetes cannot be cured. Not yet, at least. But it can certainly go into remission.”

Patients diagnosed with type 2 diabetes, he said, can be taught to control the disease by keeping their blood glucose in a healthy range without medications, through losing weight and keeping it down, and through regular physical activity and following a meal plan that helps them keep portion sizes under control and spread the amount of carbohydrates they eat at each meal throughout the day.

“Eventually, though, despite their best efforts, these lifestyle changes aren’t enough to keep blood glucose levels in a healthy range,” he says. “This is not unusual. One theory is that some people’s insulin-producing cells just get tired out from having to produce more and more insulin because their cells are resistant to the effects of insulin.”

My brother, he explained, still has diabetes, but he’s treating it through careful lifestyle changes, rather than requiring medication. That’s why type 2 is so often described as a lifestyle disease, and that’s why people believe it can be “cured” when, in fact, it’s just being controlled.

And that’s just type 2. Type 1 diabetes is an entirely different thing. It’s a disease that creates an immediate and lifelong dependency on insulin injections to keep your blood glucose in a normal range, because your body produces little or no insulin anymore. And since insulin is a vital hormone that allows your body to convert food into energy, it’s vital for survival. People with type 1 diabetes will die without regular doses of insulin, and the doses need to be adjusted to reflect changes in eating and exercise patterns.

Nothing would change the life of a child with type 1 diabetes more than a cure, but a cure is not yet on the horizon.

“It’s something I dream about for my daughter, always,” says Nisreen Akkawi, whose 6-year-old, Natalia, was diagnosed with type 1 diabetes just after she turned one. Akkawi is tireless in raising awareness about the disease, especially among her daughter’s teachers and classmates. “As she grows older, I can’t be with her every second of the day, monitoring her blood-sugar levels. All I can do it teach her to understand her diabetes, and pray for a cure so she can live her life fully, without this fear hanging over our heads.”

If, just a few years ago, you had posed the question of whether or not diabetes could be cured, you’d be considered ignorant. It’s a chronic disease, like asthma, arthritis or Alzheimer’s, meaning it cannot be prevented by a vaccine or cured by a medication or willed away.

So until a cure can be found, the obvious solution would be to halt it in its tracks, a lofty yet necessary goal considering the current numbers. Last year the International Diabetes Federation (IDF) estimated that more than 425 million people worldwide had diabetes. Half of them aren’t even diagnosed, and of those diagnosed, most don’t receive sufficient care. If nothing is done, more than 750 million people will have diabetes by 2045.

More than one million people in the UAE have diabetes, and a further 450,000 are estimated to be undiagnosed, again based on the IDF’s reporting.

“Children as young as 13-years-old are getting type 2 diabetes,” says Dr Hiba Kashmola, a family physician at Medcare Medical Centre in Sharjah. “If we encourage people to go in for early screening, we can teach them to manage their condition with lifestyle changes and good nutrition, to prevent complications such as blindness due to diabetic retinopathy, kidney disease, cardiovascular disease and foot amputations in the longer term. We can get them on medication earlier. We can counsel them.”

Hamdan al Maroui, 40, born and raised in Dubai, has been living with type 2 diabetes for 15 years now, and after the first tricky year of learning how to control his blood-sugar levels and incorporate the demands of diabetes into his life, he was able to forego medication for changes in lifestyle instead. And he did it, mostly, out of fear.

“Diabetes isn’t the scary part,” he says. “The scary part are the complications that can set in if diabetes is not controlled. Like going blind or nerve damage or losing a foot. That’s why it’s called the silent killer. So I figured out how to ‘cure’ myself of the disease, kind of.”

He’s been doing it for years, and without medication.

“I don’t think that will last forever. I’ll need to go back on medication soon. My doctors say so,” he reveals. “But this disease is directly affected by what I do and what I eat and how I live. It’s all about the choices I make. It’s almost as if I have the power to cure myself, for now at least.”

And so here’s the catch. Diabetes is a disease that cannot be cured. But it can be treated successfully, even in the poorest countries, because defeating it doesn’t rely on medicine alone. It requires a change in lifestyle. It demands that we address the growing rates of obesity worldwide. It needs education and awareness. It asks that we focus on prevention so we can halt it in its tracks.

These solutions are really the next best thing, at least until a cure is found.

This story was originally published in June 2018.

7 healthy things to do at Wild & Moon, iSwim with Daman and Flipout

Parenting: How we are raising girls who aren't obsessed with princess culture