Menu
In the space of eight days in November, the UAE will host a pair of boxing events that could prove to be ground-breaking for the development of the sport in the emirates.  On November 13 at the Coca-Cola Arena in Dubai, one of the greatest boxers of all time, Floyd Mayweather Jr, faces YouTuber Deji Olatunji in his second exhibition fight in the UAE in the past five months. Despite being retired from professional boxing,... 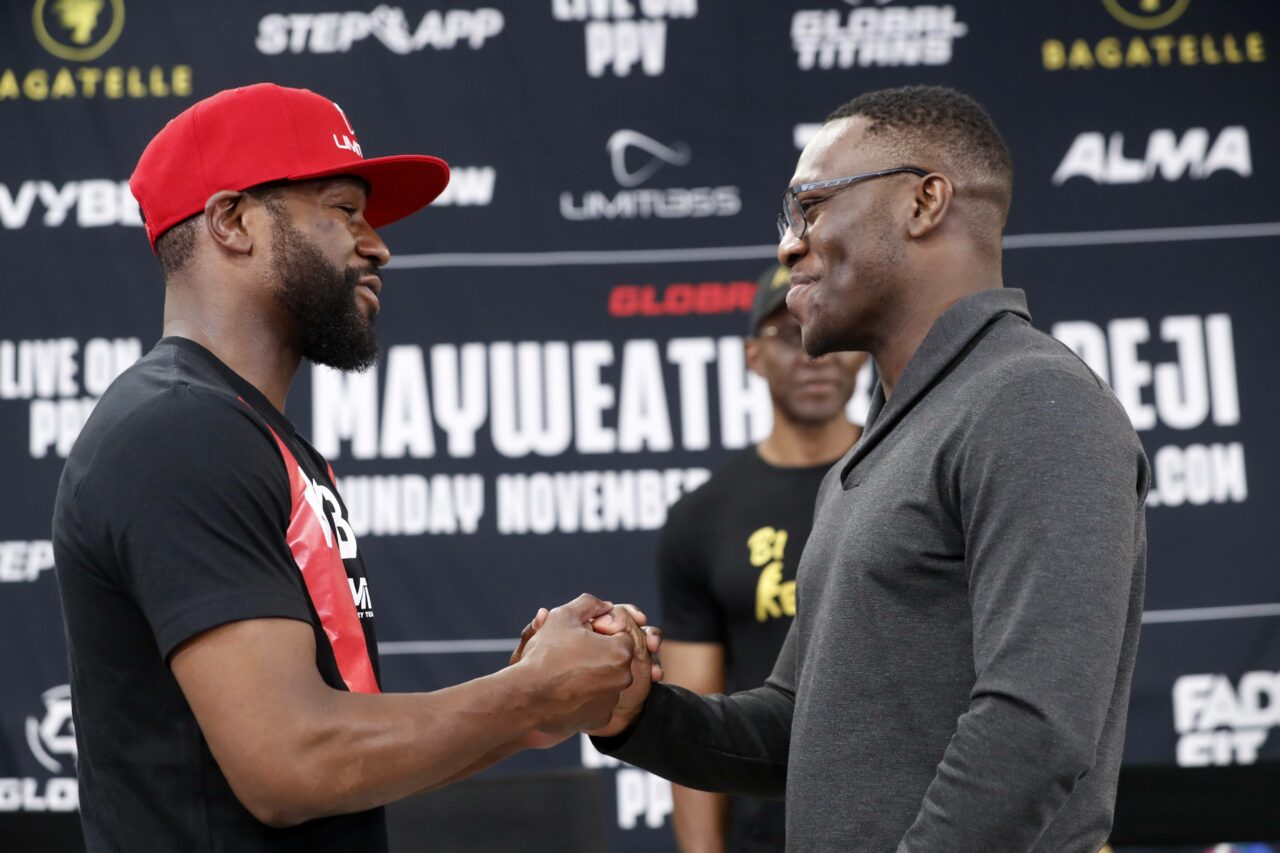 In the space of eight days in November, the UAE will host a pair of boxing events that could prove to be ground-breaking for the development of the sport in the emirates.

On November 13 at the Coca-Cola Arena in Dubai, one of the greatest boxers of all time, Floyd Mayweather Jr, faces YouTuber Deji Olatunji in his second exhibition fight in the UAE in the past five months. Despite being retired from professional boxing, Mayweather remains a massive draw and each appearance in the UAE undeniably puts the spotlight firmly on the sport.

Before that, there is the small matter of the UAE’s biggest professional bout to date on November 5 as Abu Dhabi’s Etihad Arena hosts a World Light-heavyweight title fight between champion Dmitry Bivol and unbeaten challenger Gilberto ‘Zurdo’ Ramirez. It is the first event of the new Champions Series partnership between renowned global boxing promoter Matchroom and the Department of Culture and Tourism — Abu Dhabi.

Elite boxing has been a long time coming to the UAE, where the sport has steadily grown in popularity at the grassroots level over the past decade, aided by boxing-first facilities like Round 10 in Al Quoz and The Champion Club in JLT.

Robbie Greenfield, sports journalist and radio presenter on Dubai Eye, has a long-standing passion for pugilism, stepping into the ring himself in 2018 as a competitor on reality TV show Fighting Fit Dubai. He has keenly watched boxing’s evolution in the emirates.

“Usually, the UAE’s approach is to bring elite sports events first and then watch popularity filter down to the grassroots level, like with golf,” Greenfield tells Livehealthy.

“But boxing’s growth has been a bit more organic, from the bottom up. We’ve gradually seen bigger and bigger events but now, in the blink of an eye, it has exploded.

“You’d still call it a nascent sport from a grassroots and international staging perspective — but the desire is now there from the UAE to use boxing to showcase the country. There will be a monster fight here in the coming years, I’m sure.”

But why has it taken so long for a major world title fight to be held in the UAE?

“Boxing unashamedly follows the money — it’s a prize sport and the big fights go to where they make the most amount of money,” Greenfield explains. “Traditionally that’s always been Las Vegas and other venues in the United States.

“Up until recently there’s not been an appetite to fund these fights in the UAE or the infrastructure to host them. Now in Dubai you have the Coca-Cola Arena, in Abu Dhabi you have the Etihad Arena — two massive venues and a willingness to push the sport.”

While the UAE’s potential to attract boxing’s biggest names — the likes of heavyweight Tyson Fury, Oleksandr Usyk, Anthony Joshua and Deontay Wilder — remains to be seen, there are fighters in the emirates already beginning to benefit from boxing’s growth.

Kim Shannon enjoyed a successful amateur boxing career in England, representing Team GB before moving out to the UAE for a teaching job in Al Ain. She continued to train at the Real Boxing Only Gym in Al Quoz and this March, aged 35, won on her professional debut at the Countdown to the Middle East Crown — Boxing Series 3 event at the Conrad Dubai.

“I had the opportunity to turn pro and just thought, why not?” Shannon tells Livehealthy. “It was great to win but I’ve been in the fight game for so long I’m not too sure whether to pursue it further or just enjoy watching everybody else. There are a lot of different inspirations out there at the minute.

“I’d always recommend that people take up boxing. It has given me a lot of confidence and increased my self-esteem. I think confidence empowers you and it has definitely helped me to inspire the students that I teach too.”

Shannon is happy to see the arrival of high-profile fights in the UAE but feels the development of a better amateur scene is required for the sport to have longevity.

“I think the [Bivol-Ramirez] event in Abu Dhabi will really open the door to boxing out here and we’ll see a big improvement. We’ve got so many boxing gyms in the UAE and there are a couple that are really good at introducing amateur boxers but I think amateur boxing in the UAE needs to be pushed a little bit more. It’s a valuable apprenticeship.”

Improving awareness of boxing is the first step towards greater participation. While big world title fights are unquestionably positive for breeding boxing fandom, there have been some question marks about the rise in ‘boxertainment’.

YouTube stars like Jake Paul, KSI and Emirati Money Kicks have all stepped into the ring in recent years, but does their involvement in boxing undermine the sport’s desire to be taken seriously?

“I am in the camp that all publicity is good publicity,” Greenfield says. “Jake Paul has never fought a real boxer but is one of the biggest needle-movers in the sport. His platform and profile hold a lot of sway.

“Floyd Mayweather is long since retired but if he fights a YouTuber, I don’t see how that damages the credibility of the UAE as a boxing venue. If he gets more people talking about the United Arab Emirates and boxing, I don’t see how that’s a negative as it is still going to attract interest and headlines.”

Shannon agrees that any fight involving Mayweather will make waves and therefore should be embraced. And ultimately, she hopes that an Emirati fighter will be inspired to emerge and challenge at the highest level of the sport.

“Somebody from the UAE representing boxing would be the dream,” she says. “Whether it’s an Olympic athlete or a professional champion. For that to happen though, there needs to be proper pathways.

“It would be amazing to see boxing promoted a lot more and especially women’s boxing as we need more female athletes to be positive role models for the next generation.”

At the Champions Series event at Abu Dhabi’s Etihad Arena on November 5, Emiratis Sultan Al Nuaimi, Fahad Al Bloushi, and Majid Al Naqbi will all feature on the undercard, while there will be an undisputed women’s super-lightweight world title fight between Jessica McCaskill and Chantelle Cameron.

Greenfield also feels that developing and promoting a genuine homegrown Emirati boxing hero would do wonders for the sport’s popularity.

“Big events are a guarantee but whether a champion will be produced is always the million-dollar question,” Greenfield says. “That’s going to be so much harder for the UAE to achieve as we’re talking about a relatively small population and not quite the infrastructure and competitive depth of other areas.

“But it’s certainly an exciting time for boxing in the UAE and the only way is up as far as I’m concerned.”

How “harm reduction” is a growing commodity in the Middle East