Menu
Louise Ryan did everything right: the British opera singer, who has performed with the UAE National Symphony Orchestra, eats well, exercises regularly and manages her stress. But in February last year, she experienced the worst headache of her life and after being rushed to hospital, found out she had a type of aneurysm known as a subarachnoid hemorrhage — a very rare form of stroke in which there is bleeding into the brain. She underwent... 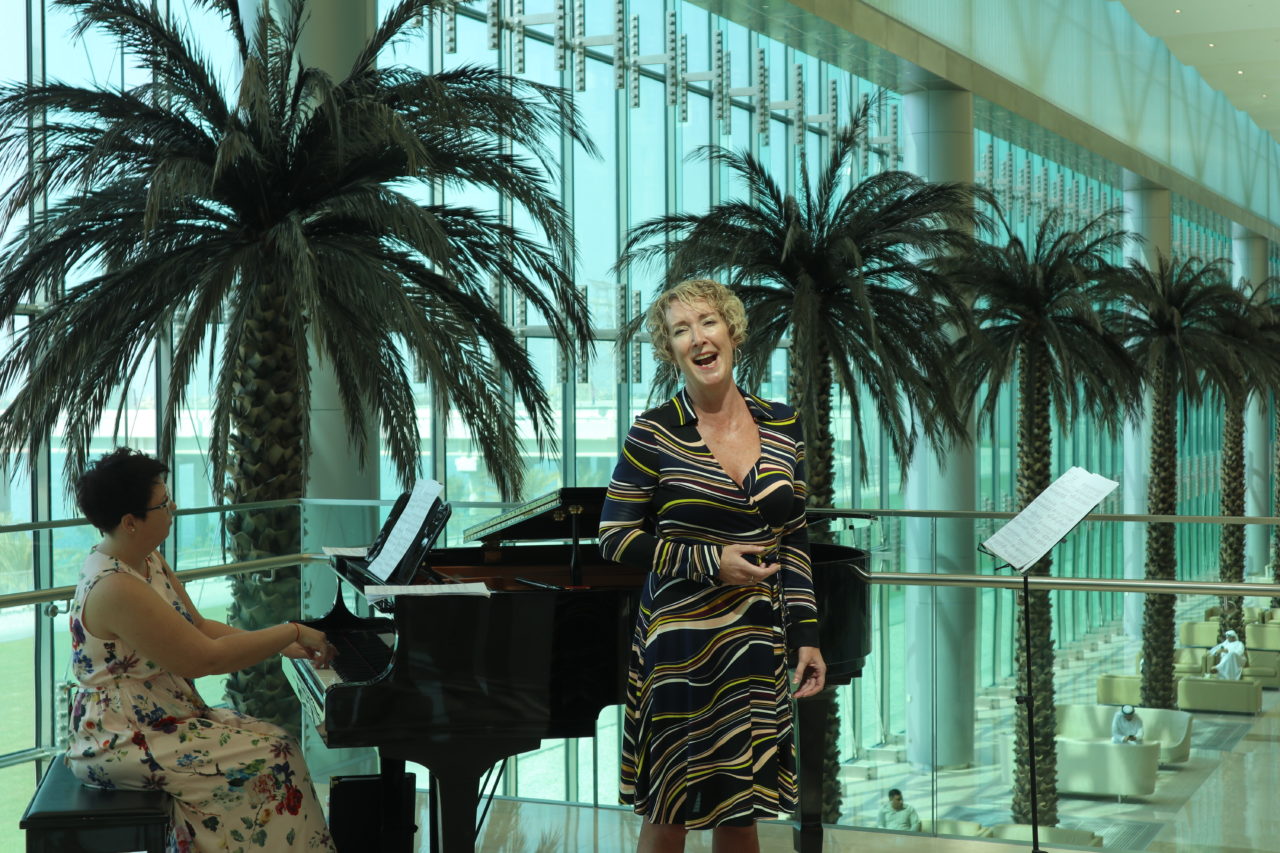 Louise Ryan did everything right: the British opera singer, who has performed with the UAE National Symphony Orchestra, eats well, exercises regularly and manages her stress. But in February last year, she experienced the worst headache of her life and after being rushed to hospital, found out she had a type of aneurysm known as a subarachnoid hemorrhage — a very rare form of stroke in which there is bleeding into the brain. She underwent a minimally invasive procedure at Cleveland Clinic Abu Dhabi, which involved feeding a catheter into the brain under X-ray guidance, then filling the aneurysm with platinum-based coils that stopped the bleeding.

Although the kind of aneurysm that Ryan experienced is extremely rare – it happens to about one percent of the population –  with all strokes what’s vitally important is to act quickly, said Dr Irteza Hussain, Cleveland Clinic Abu Dhabi’s chair of neurology and stroke physician. When a patient has a stroke, which involves a blot clot that blocks blood flow in the brain, they lose an average 1.9 million brain cells for every minute that it goes untreated. Fast treatment helps limit damage and increase chances of recovery, which is why emergency physicians refer to the time after a stroke as “the golden hour”.

In the case of an aneurysm like Ryan’s, explains Dr Hussain, the signs and symptoms to recognize are a life-altering headache, the “worst headache pain of your life”, sudden onset of changes in vision, changes in speech, weakness in one side of the body, face, arm or leg, sudden impairment in consciousness.

Symptoms of stroke typically include a sudden numbness or weakness in the body, especially on one side; changes in vision; difficulty in swallowing; dizziness; unsteadiness; confusion, and trouble speaking or understanding others.

“If anything like that abruptly happens, that would represent a stroke,” he says. “And the quicker you present, the quicker you get in, the more likely we are able to help you in attaining some type of independent recovery or functional recovery.”

For other forms of stroke, prevention is key: diet, exercise, managing stress and making sure to properly treat and manage diabetes and high blood pressure, said Dr Hussain.

Ryan returned to perform in front of Cleveland Clinic Abu Dhabi staff earlier this month, ahead of World Stroke Day, as a way to thank them for their care.

“I was so glad to perform here,” she told livehealthy.ae. “It was like a closed loop.”

“I remember everything. I was lucid, I could speak clearly. That’s why my surgeon wanted to take care of me straightaway. I was rushed into there after results from a Cat scan told my husband I was suffering from a burst aneurysm.

I was at the gym. I do believe that’s why I am here today. I look after myself, I eat healthily, I do all those things. I had just finished a workout when I felt this excruciating pain coming up from the base of my neck to the top of head. It was awful, just an awful pain. I said, ‘I don’t feel very well, I think I might have trapped a nerve in my neck from lifting weights.’ My husband said I should sit down but I still didn’t feel right. I thought, ‘I’m just going to go get checked out, see if it’s ok,’ and as I was walking I just started needing to lean on him because the left side of my body was not functioning well. But I didn’t have anything else. I was still speaking quite clearly, my memory was great. But we got to the hospital and got the Cat scan and I was blue-lighted to here. My surgeon saw me very soon after I arrived – very, very soon. He said, ‘I’ve cleared my diary – you’re the first patient on tomorrow.’ I was in here for about three or four weeks.

It’s quite a rare case, mine, it’s not just standard sort of ‘lifestyle.’ It’s in my family, my grandfather died of an aneurysm. So that can explain a lot, because there was nothing else I could do. It was just one of those things. But I believe that I’m here because I looked after myself, which is key. I’m quite a strong and positive person, I don’t tend to get stressed about things, really. I’m like my father, my dad, I’m a flat-line kind of person.

From the time I arrived in Cleveland Clinic I just felt that I was going to be okay. I really didn’t think anything different. I thought, ‘I’m in the right place.’  I thought – and quite rightly so – that all the treatment I’d been given and what was going to happen to me was going to send me out the door fully recovered. And I didn’t believe anything otherwise. Why would I? I didn’t want to start reading things.

But it was quite scary because I was in ICU and I was the only one who wasn’t unconscious or really knocked out of it, so to speak. You don’t plan anything, you just bring it all back into small time capsules and think, ‘Today, this is what I’m doing. What am I doing tomorrow?’

There’s a lot of pain associated with it, during and after the surgery. I was in an extreme lot of pain. The drugs weren’t cutting it. But I had my lovely husband with me. I lost a bit of hearing but I had some treatment for that, and that came back. I sang at Emirates Palace on the 29th of April with the National Symphony Orchestra.

With more time, it sort of disappears, really. It’s still there and I think it’s changed me a little bit. People say, ‘How did it change you?’ I don’t get stressed about small things – not that I was stressed before. As a consequence of that, that makes me far happier as a person. Not that I was miserable – I’m quite a bright positive person. But you know, this is your life. I did all the right things and it could have been my time. So therefore, what does that teach you? Don’t stress about small things. Just enjoy the people around you, your loved ones, and enjoy the experiences life throws at you.

I have another small aneurysm now, but it’s just too small to do anything with at the moment, so we are just watching. That felt very scary to start with. Then I saw my surgeon and he said, ‘Just relax, enjoy, get on, I’ll see you again in March.’ What can you do? I can’t stop anything. I’ve got to live my life. People say, ‘Why are you exercising, why are you going to the gym?’ But I don’t take any stupid risks.

It was an extremely stressful time for my husband. He watched it all happen, and stayed with me in the ICU.

We were close to start with, but this brought us even closer. I don’t close things down. If it comes up, we talk about it. We talk about it, and then we move on.”

-As told to Ann Marie McQueen

Workplace wellness: ‘People need to be inside healthy environments’