Menu
Standing almost 900 feet or 300 meters high and visible from miles around, the FIVE Jumeirah Village hotel is one of Dubai’s most striking new buildings. But beyond bringing a touch of chic to Jumeirah Village Circle (infinity pools on most of the rooms’ balconies will do that), it has also provided a much-needed boost to the community’s health and fitness options, including short workouts. The new InstaBody gym is a sprawling facility with four... 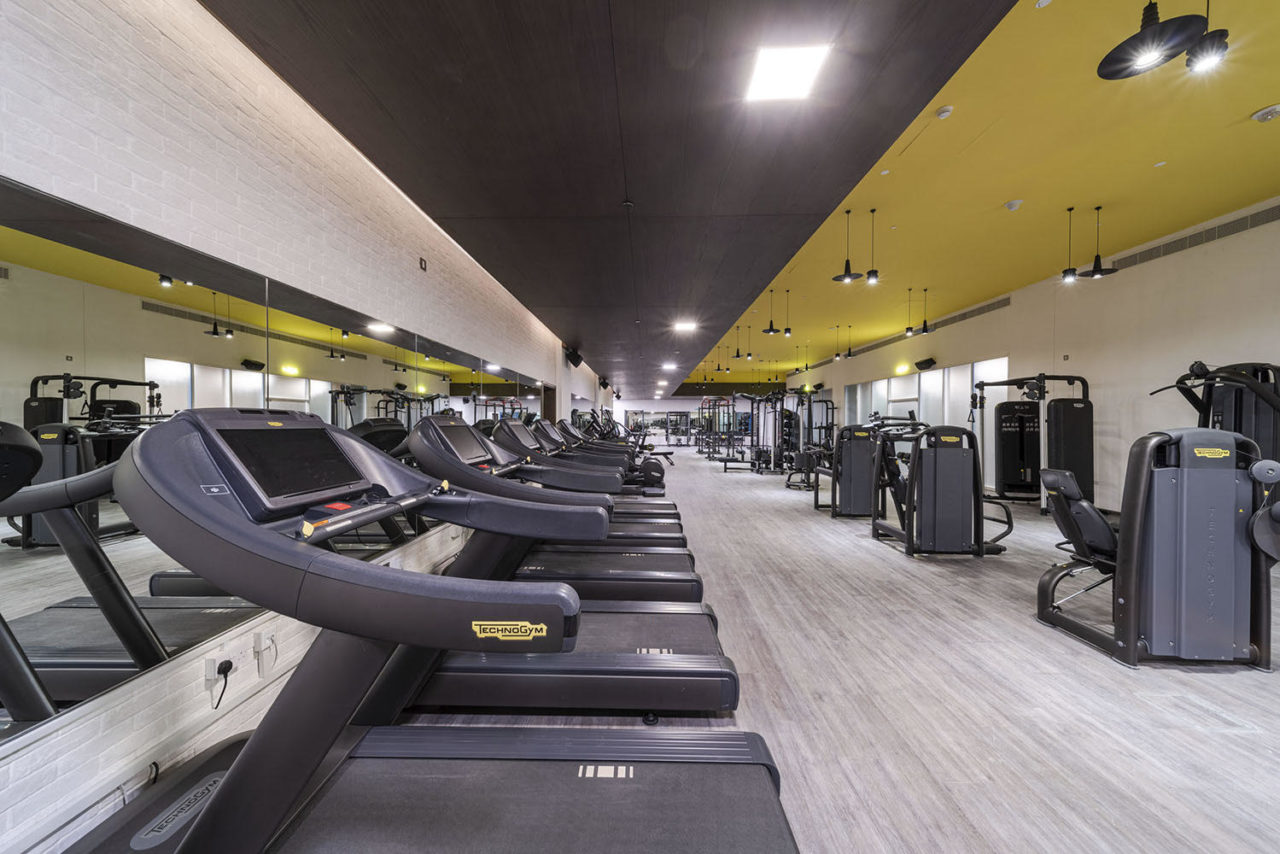 Standing almost 900 feet or 300 meters high and visible from miles around, the FIVE Jumeirah Village hotel is one of Dubai’s most striking new buildings. But beyond bringing a touch of chic to Jumeirah Village Circle (infinity pools on most of the rooms’ balconies will do that), it has also provided a much-needed boost to the community’s health and fitness options, including short workouts.

The new InstaBody gym is a sprawling facility with four studios for classes such as HIIT, boxing and spin, plus an expansive floor set up for anything from free weights to CrossFit and TRX. Despite being housed in what is easily the tallest building in the south of Dubai, InstaBody’s focus is very much on the short.

Before moving to the UAE, founder and master trainer Daniel Andrews kitted out a series of boutique gyms in the City of London, where his clientele consisted mainly of people working long hours in the finance sector, with limited time to exercise and looking for short workout options. Now, the Brit has brought that quality over quantity approach to Dubai.

“Like in London, people have busy lifestyles here in Dubai and they shouldn’t be in the gym longer than they need to,” Andrews tells livehealthy.ae. “A lot of people I meet are hell bent on working out for at least an hour, whether it’s a personal training session or a class. I’m not sure if it’s a value for money thing or just because they feel guilty about shorter sessions, but this is what I’ve encountered a lot. It’s nonsense, though. If the trainer is right and you train right, 30-45 minutes is absolutely ample time. None of our classes is longer than that.”

Science increasingly backs this up. According to a 2014 study in the Sports Medicine journal, researchers from the UK’s Teesside University found that doing “low-volume HIIT training” still produced improvements in the aerobic capacity of “non-athletic and sedentary subjects.”  And for Andrews, such improvements are something he regularly encounters at InstaBody.

“When people train for less time they tend to work harder, work smarter and get better results, not just in terms of appearance and fitness but overall health,” he explains. “I’ve seen people feel better at work, take fewer sick days and feel less stressed. We want to make exercise as convenient as possible. Less can definitely be more.

“I’ve definitely designed our classes that way – to be tough, but not to drag on. I love our gym but I don’t want people to be spending two or three hours in here. I want them to enjoy their lives in Dubai – get out in the sun, play golf, go to the beach. People can still train and get fit, but they don’t have to take up hours of their day.”

The ‘short workout’ approach of InstaBody will be particularly welcome to those who live in the vicinity of FIVE Jumeirah Village. While areas of Dubai like JLT, Dubai Marina and Al Quoz are increasingly saturated with gyms and boutique fitness studios, JVC has been somewhat underserved.

After being given carte blanche to create the gym from scratch, Andrews hopes that the convenience of the location, variety of classes and quality of equipment should ensure InstaBody appeals to local residents.

“Community is really important to us and I think people will appreciate not having to travel as far to train,” Andrews says. “We want to introduce classes out in shared community spaces when the weather is a bit cooler and if people want to join the gym as a family, we will welcome them with open arms.

“I live within five minutes of the gym so I am part of this community too. For the people of JVC I think it’s a great option. You get the first-class facilities and luxury that comes with the FIVE hotel but most importantly a team of trainers who really care about helping you and making exercise fun.

“Hotel gyms often have a bad reputation and I totally get it as a lot of them are bland and limited in what they offer. But InstaBody could not be more different. We have lots of space and a real sense of identity. This so much more than just a hotel gym.”

Connect With Nature: inspiring a new generation of eco-warriors