Menu
One day, while out for a walk with the kids, I felt the urge to jog behind my Britax B-Agile double stroller. After about 30 seconds I brought us all to a rolling stop as it was clear my body wasn’t up to the challenge. In no time, I was winded and wobbly, proving that the stroller was indeed the only agile part of this equation.  It was the wakeup call that I needed, though,... 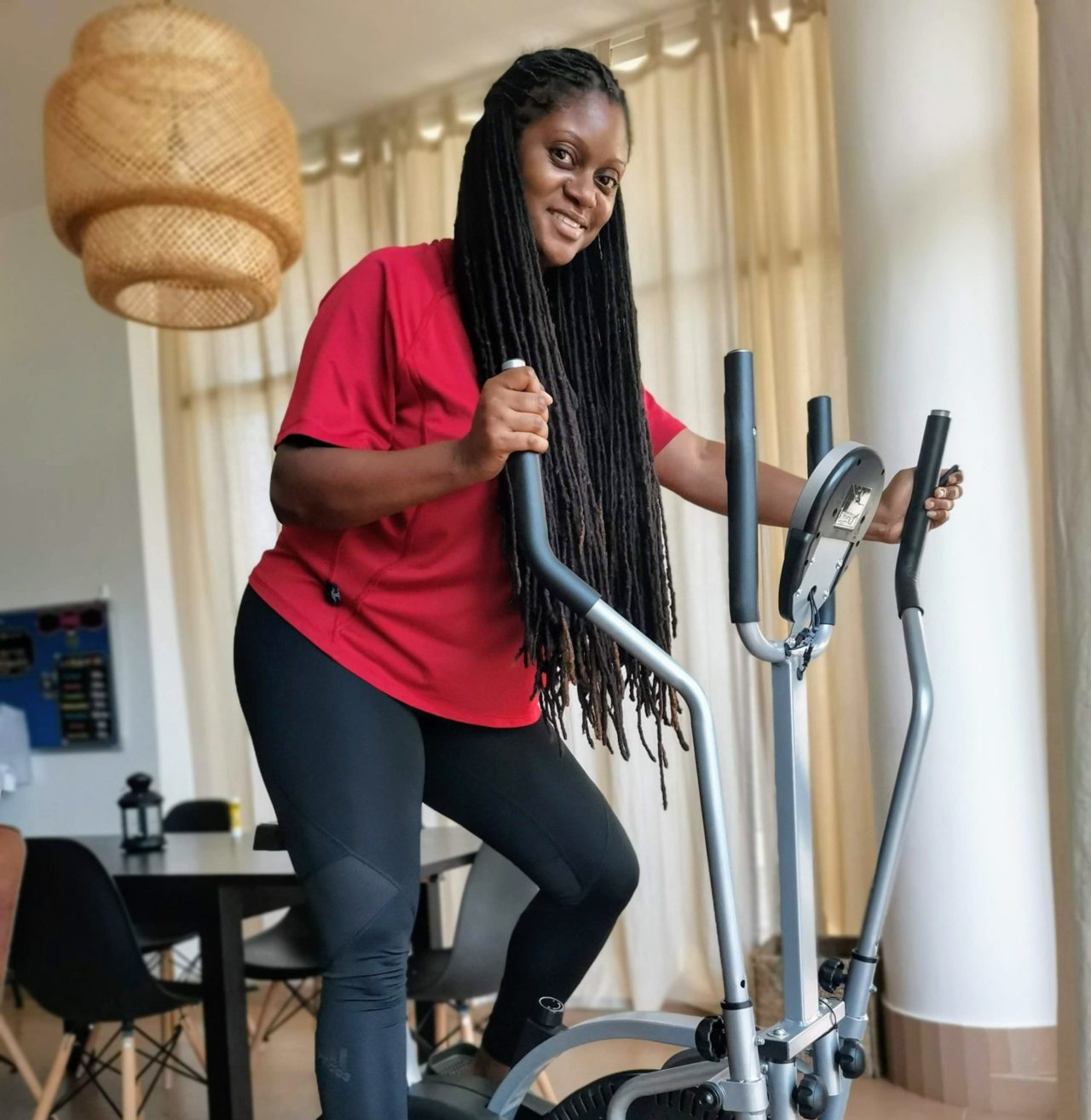 One day, while out for a walk with the kids, I felt the urge to jog behind my Britax B-Agile double stroller. After about 30 seconds I brought us all to a rolling stop as it was clear my body wasn’t up to the challenge. In no time, I was winded and wobbly, proving that the stroller was indeed the only agile part of this equation.

It was the wakeup call that I needed, though, and I thought about my failed attempt at running all the way home. I peered over the top of the stroller at my two boys and thought, one day they’ll be all grown up, living their best lives and needing me a lot less than they do right now. Then my thoughts shifted to my husband. At the time, he played basketball twice a week. I was reminded that one day he too, would be settled in a cushy job living his best life. After all, we moved to the UAE from America in pursuit of his career goals. When I thought of my future self, the outlook wasn’t so bright. I told myself, if you don’t get it together, your family will be happy, healthy and accomplished and you’ll be somewhere sad and slovenly. Before the walk was over, I made a commitment to myself to do better.

But, being a wife and mother of two, I couldn’t jump right in. I had to plan, restructure things and get everyone else sorted first. For 18 months prior to my epiphany I had failed at working out consistently at the end of the day. After school runs, meal preps, errands, bedtime and spending all day with a toddler, it just wasn’t happening. I would literally crash. So, I resolved that in order to do better this time around, I’d have to work out in the morning and that meant waking up at 4:30am.

I was up for it. The only problem was my two-year-old would probably be up for it too. He was partly sleep-trained, which meant I could put him to sleep in his bed but around 1am he’d wake up and find his way into mine. He still needed me to sleep through the night. My fear was that he’d stir, find me missing at 4:30am and wreak havoc on everyone else trying to get their last hour of rest. So I had to get him settled before I could start. With “operation stay in your own bed” underway, I spent the next month or so tip-toeing down the hallway in the wee hours of the morning, returning my little one to his bed. Eventually he began to stay put all night, releasing me to get started on my new fitness journey.

I’ll admit that it wasn’t easy to pull myself out of bed at that hour, but I would lie there and think about what was at stake – me. I had become so immersed in life’s day-to-day challenges that I lost sight of what was most important. What I learned more than anything else on that fateful day when I couldn’t jog for more than 30 seconds was that there’s no way that I can be a supportive spouse and “mom-of-the-year” if I don’t take care of myself first.

Three years have passed and I’m still at it. I work out five times per week, for an hour at a time, either at home or as part of a neighborhood boot camp. The only times I miss it are when I can’t predict how much prep time I’ll need in the morning, for example on the first day of school. It’s become easier to rise at 4.30am but some days are still a struggle. However when I push through and get my workout in, I never regret it. That’s what gives me the will to keep it going. Working out in the morning improves my overall fitness level and makes me feel more productive during the day. It jumpstarts my daily step count – something else that motivates me to keep moving throughout the day – and helps me to maintain a healthy lifestyle.

By making my workout a priority, I start each day with a bit of self-care and that goes a long way toward helping me live my best life right now.

How to live better even with arthritis

Why put a (laser) gun to our heads if we don't need to?