Menu
Many women feel they should take it easy during their breast cancer treatment. One woman decided to climb Europe's highest mountain. 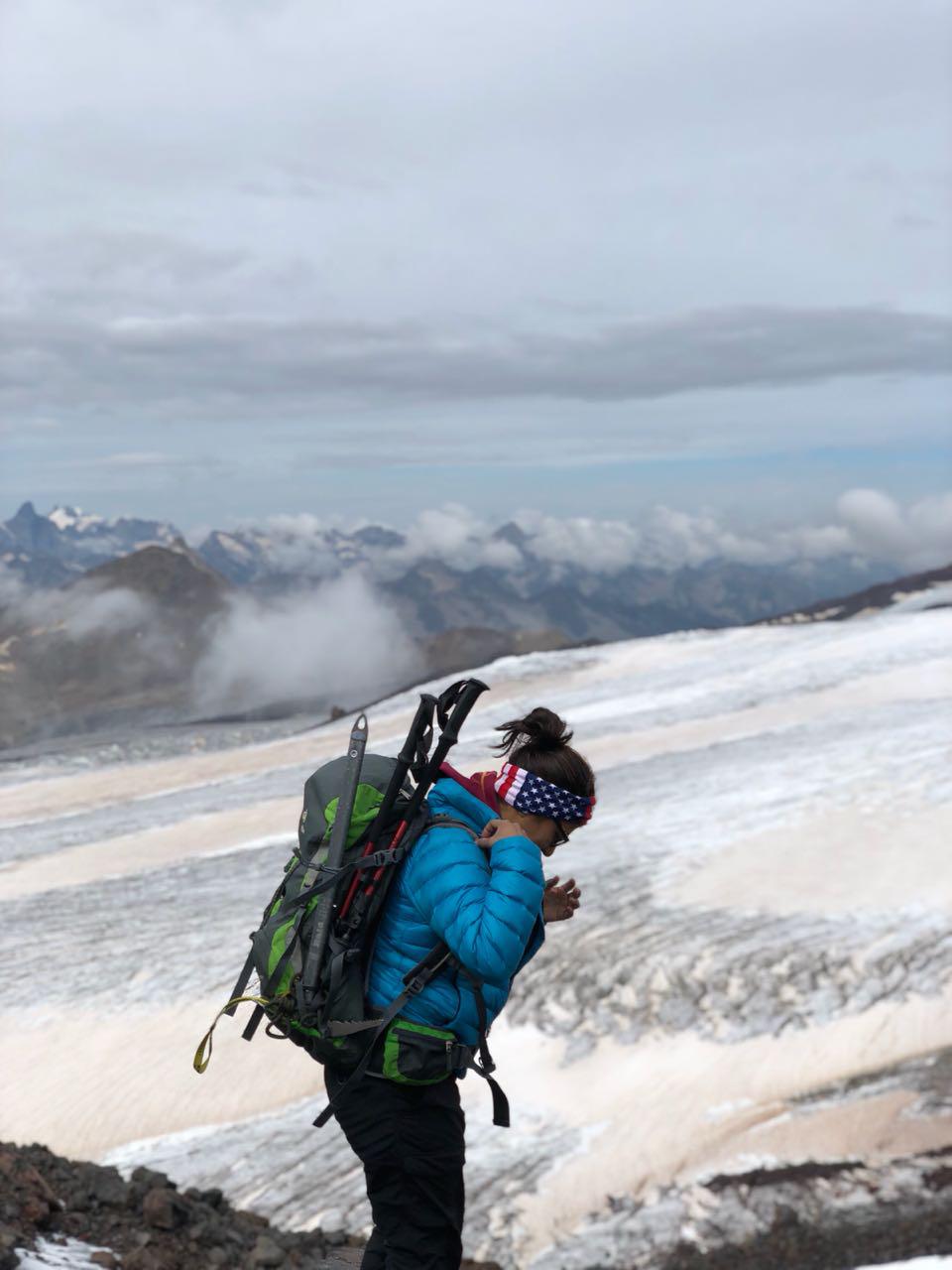 Many women who are diagnosed with breast cancer choose to rest and recalibrate during their treatment.  Lulua Faizullahbhoy chose to go and climb a mountain – and not just any mountain. She decided to tackle Mount Elbrus in Russia which, at 5,642 meters, is the highest in Europe.

But it wasn’t about conquering Europe’s highest peak, or even about reaching the summit at all, she insists.

“It was the focus that kept me going. I had a goal and I wanted to try to reach it, taking it day by day. If I hadn’t had anything to keep me focused I would probably have gone down the drain, feeling sorry for myself.”

Lulua, a graphic designer by trade and mother of two daughters, got the mountaineering bug after climbing Mount Kilimanjaro, Africa’s highest peak, in 2017. She had already started training for the Mount Elbrus challenge when she fell ill with a virus in January 2018. She spent six days in bed and felt a painful lump around her nipple.

Her doctor said it was probably an infection of some kind but suggested that as she was nearing 40, she  should have a mammogram and ultrasound examination. Both the ultrasound and blood test revealed no sign of cancer but the mammogram showed some calcification. A biopsy revealed the same.

“The calcification was at level three to four, with five being considered risky. I really didn’t know what was going on,” Lulua recalls.

She sent all her test results to the family doctor back in her native India, who suggested she fly to Mumbai for exploratory surgery. “I went alone, thinking there was nothing wrong. I really wasn’t worried.”

The calcification turned out to be a tumour, luckily in its early stages, but Lulua would need 25 days of radiation therapy, which she decided to have back in Dubai, where she lives.

It was only three weeks after her surgery that she began to think about resuming her mountain training.

“I asked the surgeon if it it would be OK. He said ,’If it makes you happy, do what you want.'”

With the full support of her family, Lulua spent the next four months preparing herself for the biggest physical challenge she had ever faced. The surgery had left her with little upper body strength, so she concentrated on strengthening her legs to compensate. Throughout it all, she was also taking chemotherapy tablets.

Not everyone approved of her mission. “I didn’t talk about it much, but there were a few people who told me what I was doing was too risky and why was doing it when I had a family and children?

“I used to listen much more to what people say, but I’ve found that if you do something you really enjoy, people look at you differently and actually respect you. Now there are more people being positive than negative about what I’m doing. I could just as easily die at home so why not climb a mountain instead?”

She admits that she felt guilty at first about leaving her children, but now sees that they are inspired by her to be more active themselves.

“You can try and teach kids all you want, but actions speak louder than words. When they see their parents being active, they’re likely to follow. Now my kids are part of my journey. They come hiking with me, we go camping and rock-climbing. It’s a way of life now. They leave secret notes in my backpack which inspire me.”

Lulua has been on anti-cancer medication for two years now and will continue to take it for another three years. A few companies have approached her to be a figurehead for Breast Cancer Awareness Month in the last two years, but she has declined.

“I didn’t want to be part of it. I didn’t want it to be a stamp,” she explains. She says she has “come to terms with the cupcakes and other cheesy stuff”  that have come to be part of BCAM, but wishes there were more focus on providing information.

“Nobody thinks it’s going to happen to them and then they’re lost. People need to know what to do,” she says.

She has no regrets about pursuing her mountain challenge and believes it saved her from depression. “When people talk about the outdoors they often mean the beach. For me, it’s always been about the mountains. They bring me peace. You feel so small among those majestic peaks. You feel good about yourself. It doesn’t matter if you summit  or not – you tried and the fresh air makes you calm inside.”

The fear of her breast cancer returning is ever-present, however. “Every time I go for my yearly checkup, every time I go for a scan, the fear is always there. You wonder how you can go through it another time if it comes back, but you can’t live in that fear. You have to live your life and deal with whatever comes your way. ”

She has made a few changes to her lifestyle, like avoiding red meat, but “nothing drastic,” she says. And she has encouraging advice for women who are still on their own cancer journey.

“It’s not the end. It’s uncomfortable and a struggle but take it one day at a time. Don’t think about how you’ll feel in a week or a month or a year – it doesn’t matter. Do what you have to do for that day. Whatever you’re passionate about, go for it. It doesn’t have to be anything big. Climb your own mountain.”

How you can help conserve the planet

Dig into the Dubai Fitness Challenge 2020