Menu
On my last visit to the United States, I noticed the advertisements on television and radio were for something unhealthy or downright poisonous. 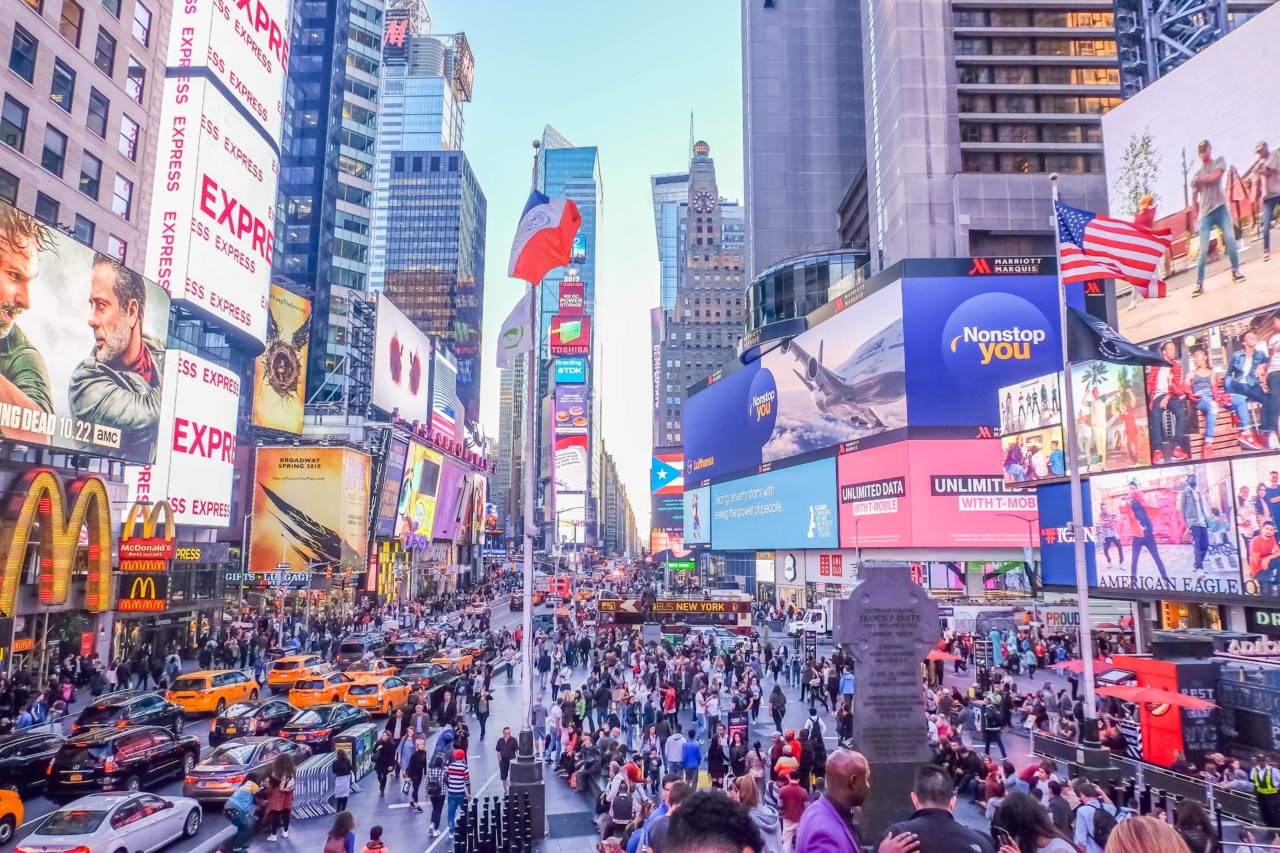 On my last visit to the United States, I quickly noticed a pattern in the advertisements on television and radio: nearly every one was for something unhealthy or downright poisonous. Fast food was the biggest offender. It felt like every other commercial was for a giant hamburger fried with cheese. Next on the list were soft drinks and alcohol. They were everywhere.  Smiling, thin, happy people drinking poison.

Then came the pharmaceutical advertisements, making people worried about conditions they never knew existed, in order to sell drugs that come with a long list   of side effects that we barely skim-read but which might include everything from nausea to death.

Financial poison was in there too, with advertisements for Payday Loan centers, which bridge the gap from one payday to the next after you’ve spent all your money on the previous poisons. They don’t tell you that their interest rates are around 400 percent, but we don’t need to know about that, do we?

The news channels were the same, their broadcasts fashioned to induce fear, anger and anxiety, not only so that you stay tuned, but also to make you buy the stuff in the advertisements to alleviate your distress.

This is just a short list. There were plenty more, but these ads were everywhere. It’s not new and the crazy thing is, I never used to notice them. And they are also here in Dubai, but I don’t watch television or listen to the radio here. I’ve also started to finally figure out which things in life are unhealthy and which promote health. The combination of perspective and relative quiet have combined to leave me absolutely horrified by the signals being put out everywhere to get Americans to ingest their brand of poison.

And it seems to be working. The Organisation for Economic Co-operation and Development (OECD) has predicted that this year, 75 percent of the country will be obese or overweight. I certainly saw that as I walked around among my fellow Americans. This, of course, adds massive strain to the health care system, as these people are far more likely to have diabetes, cancer and serious problems with their heart and joints. Researchers at the University of Pennsylvania have found that for the first time in recorded history, the life expectancy for several demographic groups – including my own, white male –  is actually decreasing. People are being poisoned and the poisons are being freely advertised. What a  shocker.

Financial poisons such as payday loans, easy access to credit and ballooning student loan debt are taking their toll as well. In the richest country in the world, 40 percent of people would not be able to cover a US$400 (Dh1,469) emergency in ready cash, savings or a credit card that they could easily pay off. That comes from the  Federal Reserve, not my imagination.

Along with our bodies, we are rapidly poisoning the planet as well.  Climate change rages along with massive wildfires and pollution from the products we consume seeps  into the rivers and oceans. The level of poison all around is killing us on an individual and societal level. And we do it because most of these products are excellent at providing pleasure along with their destructiveness.

Fast food and meat and cheese in general, are excellent at triggering the deep parts of our brain that crave salt, sugar and fat. How many times have you heard people say they could never give up meat or cheese? They’re addicted (I know, I used to be). Companies race to create the most “hyperpalatable” foods that are designed to make us crave them and buy more, no matter the health consequences.

Then those health consequences become the subject of marketing by  the pharmaceutical companies which feed people products that cover up one symptom, only to create another problem that needs another pill solution.  All of this costs a great deal of money, which leads to financial instability for hundreds of millions of people. And that’s just in one country.

There are ways to get yourself out of this trap. The first is to recognize that you are in it. It might take exposing yourself to new information, like this, and then looking around at the advertisements and social cues around you with a critical eye to see just how many signals we are getting to make us consume poisons.  When that nis no longer seems normalwe can make better choices about what we consume in terms of food and products. We can see the advertisements for what they are and they begin to lose their power to influence us.

For me, eating a whole food, plant-based diet has not only allowed me to lose 25 kilograms in eight months, but also to re-wire what my brain and palate crave. I look at those hyperpalatable foods and cringe, thinking of my own past terrible eating habits. They no longer make me salivate.

It’s the same with finances. When you realize that the quick dopamine burst caused by buying something is just temporary and that easy credit leads to long term financial and ecological problems and not long term joy, you can start rejecting those impulses.  Minimalism is a great response to our current hyper-capitalist milieu.

Critical examination (and self-examination) and acting upon it can save your health, your wallet and the planet.  It takes some thought and conscious de-programming. But I managed it and I’m not special so I’m sure you can too.

From sickness to hot yoga to Health Nag