Menu
A couple’s issues conceiving are someone else’s pathway to wealth. So how, exactly, does one wrap their head around that? 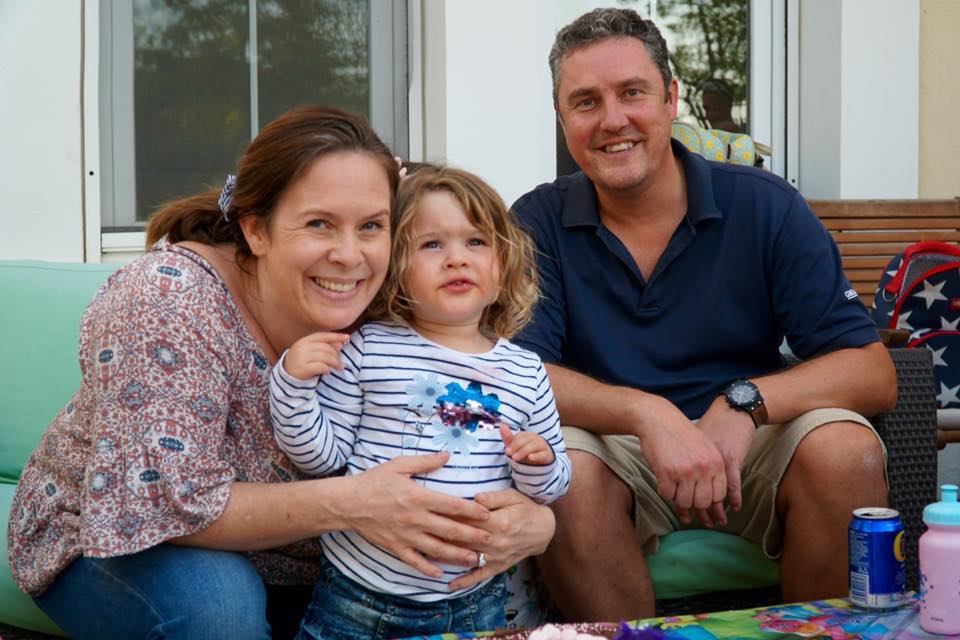 “Don’t lose out on what could be your last chance to experience the beauty of motherhood. Call our fertility clinic in Dubai to set up an appointment for your successful  IVF treatment now.”

This was the gist of the Arabic text message I received on my phone, out of the blue, less than a week ago. It couldn’t have come at a more opportune moment; I was conducting my research for this article and every bit of it was leading to the same conclusion, over and over again: fertility issues are big business.

Advertisements for fertility clinics and for services to treat infertility are everywhere: on traditional billboards, in print media, and via text messages and emails. For someone desperate to conceive and to carry a baby to term, these incessant reminders can be hard to ignore, regardless of how much embarking on fertility treatment might cost or how long the odds.

Just last month, Danish actress and model Brigitte Nielsen, age 54 and known for starring in Rocky IV and Cobra alongside her then second husband Sylvester Stallone, made headlines when she gave birth to her fifth child, conceived through in vitro fertilization (IVF). It’s been nearly 40 years since fertility treatments were invented, and eight million assisted births later, the procedures today are considered to be mainstream medicine.

Still, the business of assisted reproduction remains a mostly unregulated frontier. The truth is, a couple’s issues conceiving are someone else’s pathway to wealth. So how, exactly, does one wrap one’s head around that?

“You just soldier through and try not to think about it,” says Joanna Richards, a mother of one from Ireland who lives in Dubai. Richards has been vocal about her own fertility issues. Her daughter, Alice (see picture above with parents Joanna and Stephen), was conceived through IVF treatments when Richards was 37, and now, three years later, a second successful round of IVF has her expecting her second child, due in September.

“When you want a baby so badly, you’d try anything, regardless of cost. You’d find a way to pay up, even if it means being in debt. It’s just the way of the world. When something in your body doesn’t work right, there’s always going to be someone who can claim to ‘fix’ it for a price, and you end up accepting that price when you want something as badly as wanting a baby.”

Richards may be on to something. Today, the business of making babies is booming worldwide, and recent research by Technavio – a research firm that focuses on emerging market trends – predicts that the world’s fertility industry will be worth an estimated US$21 billion (Dh77 billion) by 2020. One in six couples in the world is thought to experience fertility problems; the World Health Organization reports that infertility affects 15 percent of the global population of reproductive age.

A recent study conducted by Aster DM Healthcare in the region has found that one in five couples in the UAE seeks fertility treatment — a figure that is higher than the world average – and sometimes not only because these couples can’t conceive, but because they specifically want twins, or want one gender over the other, or want to get pregnant sooner rather than later.

One reason that IVF has become so commercial, says Dr David Robertson, medical director at the Bourn Hall Fertility Center in Dubai, is because it’s not just being used for patients with fertility problems. Dubai’s Bourn Hall originates from Bourn Hall in the UK, which famously helped conceive the world’s first “test-tube baby” through IVF, Louise Brown, 40 years ago this month.

“Part of it is that people are marrying later in life now, so they take themselves off to a fertility center sooner rather than later,” he says. “They recognize it might be harder to get pregnant at 35 than at 25, so they will go for IVF if they feel it will statistically give them a higher chance of getting pregnant sooner.”

The problem with IVF, which is often a last resort for desperate couples, is that it’s costly. The price in Dubai, for example, is between Dh30,000 and Dh35,000, for just a single, basic cycle.

In the UAE, nationals in Abu Dhabi who have Thiqa health insurance have three cycles of IVF per year covered as part of their  policy, which is “generous,” says Dr Robertson.

“The fundamental problem in most places around the world is that patients who need IVF have to pay for it, with relatively few places that will fund it through public health and rare high-end insurance policies that will cover it.”

In the UK, for example, some areas of the country will provide one or two cycles with restrictions, such as insisting that the woman has to be under 35.

“Price is the primary driving factor for patients. They go where it’s cheaper and part of the reason is because there’s no way for anyone here to determine how good or bad a clinic is,” explains Dr Robertson. With no monitoring of a clinic’s success rate, doctors can tell patients anything they want during a consultation.

The average success rate for an IVF cycle for a woman under age 35 is around 40 percent, based on international data, and patients are often “amazed and quite surprised” when he tells them that, says Dr Robertson.

“They might have visited a clinic up the road or in another emirate, and were told the success rate is 70 to 80 percent. I’ve even heard 90 percent bandied around in some clinics in India.”

One IVF mother in Dubai, who is from Australia and prefers to remain anonymous, is alarmed at the trends she is seeing in the industry.

“I received a very strange text message the other day,” she says. “It [treated] IVF as a supermarket product, and as someone who has had four IVF cycles myself to get my miracle baby, I found it quite offensive. It was promoting IVF procedures for Dh10,500 if booked in [a specific month] and it gives too much false hope to people, because there’s no way it can cost that little.”

Dr Robertson agrees and advices patients to be cautious of these types of promotions.

“Some clinics advertise a headline price that is much lower than expected. But if you look at the small print, that price doesn’t include medication, or scans, and those are necessary and can add up to so much more,” he says. “It pays to be careful and know what you’re getting into.”

Dr Pankaj Shrivastav established the Dubai Gynaecology and Fertility Centre — the UAE’s first fertility unit — at Dubai’s Rashid Hospital in July 1991. Today, he is director of Conceive Fertility Hospital in Sharjah and Dubai, and over the past 25 years, he has seen the stigma of going in for fertility treatment become a thing of the past. “Infertility is now seen as a medical condition, not something that has to be hidden anymore,” he says. And yes, it’s a business at the end of the day, because clinics need to make a profit, he admits.

It’s up to patients to do adequate research in choosing a clinic or specialist, says Dr Shrivastav.

“Infertility treatments require intense care and expert guidance,” he says. “You need to look for qualified doctors and clinics. Personally, I believe, reputation does count and the traditional word-of-mouth is the best recommendation.”

There’s no denying that fertility treatments are expensive, but clinics that offer reduced prices may also be cutting corners,  he cautions.

And as important a deciding factor as cost may be, Dr Robertson also advises patients to find out as much as they can about the clinic they want to go with. “There is a team involved – doctors, nurses, lab staff. You need to be very comfortable with the people and feel you have a good relationship with them, feel they are sympathetic and supportive, at a clinic that offers access to counseling and psychological support, ancillary treatments, acupuncture if you want it. The whole package.

“When you’re quoted a price, look at what you’re paying for. A standard cycle of IVF includes scans and medication and collecting eggs and lab work, but if you want to do genetic testing, check for Down syndrome, learn the gender – that often costs extra.”

At the end of the day, it’s a deeply personal and emotional process that leads to the creation of human life.

“Infertility is such a personal journey,” says the Dubai-based British teacher Leonie Pitts. “I was unsuccessful with IVF and the devastation when it doesn’t work is almost too much to bear, and not just because you’ve spent all that money, believe me. When all you have ever dreamed of is potentially on the other side, you do whatever it takes.”

“I don’t regret for a moment trying IVF, because it meant that I did everything I could. I did what I had to do. And I went into it knowing that there are no guarantees.”

7 healthy things to do this week