Menu
It's three shows a day, six days a week for the cast of this hip-hop dance show at the Hollywood theme park Motiongate. 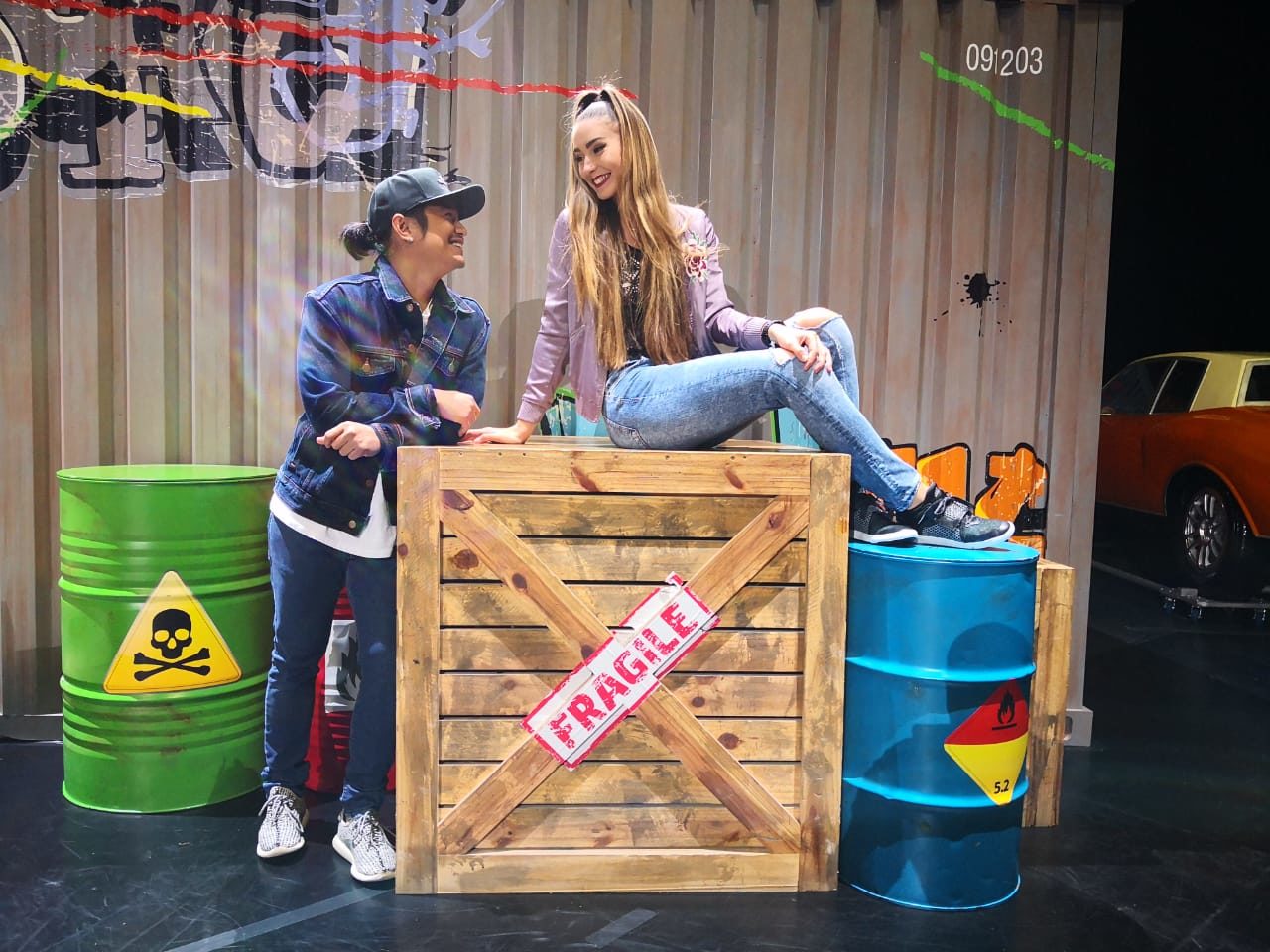 Inside a chilly theater in an often-hot theme park, 10 performers have been dancing and singing their hearts out in 20-minute shows, three times a day, six days a week since 2016. It’s called Step Up Dubai, and it’s the standing hip-hop dance show based on the popular movies at the Hollywood theme park Motiongate Dubai, part of Dubai Parks & Resorts.

Julia Ripple is the 24-year-old female lead, who comes from New Jersey by way of New York City and Singapore. She decided to leave New York’s Pace University two years into her degree, at the age of 19, when international opportunity came calling. It was in Singapore, performing at Universal Studios, that she met her 37-year-old fiance, 37-year-old Jonathan Granaderos from the Philippines (a breakdancer, and also a lead in the show).

Ripple wakes up at 8am, needs to be at the park about three hours later, and takes in about 2,000 to 2,500 calories each day, compensating for the 3,500 calories she burns and the 20,000 steps she takes. The cast also spends about 30 minutes before each show and several minutes after warming up by doing a mix of jumping in place, pilates and yoga. Ripple took some time out to talk about staying healthy on such a punishing schedule, what it’s like to make kids so happy, so often, and what she does on her all-important day off.

What kind of exercise do you do off-stage?

“I’ll either try to do some sort of low-intensity workout, walking 40 minutes at a steady pace or pilates. I do classes at JLT, Real Pilates. Pilates has been my favorite thing lately because it’s so good for your joints and your spinal health and you can work out without fear of killing yourself. I do enjoy going to the gym as well, but I find going to the gym in the morning and doing these shows is too much. I’m asking to get injured.”

How taxing is a Step Up Dubai show when performing?

“It’s pretty exhausting. I feel like even though I’ve been doing this for two years, it still kills me every time. I think it doesn’t get easier, but you get used to how hard it is. You’re still dying and out of breath, you feel it a lot in your legs because a lot of it is being down low while we are dancing. So you definitely feel all of that, but it’s also a mental thing where you are used to feeling all of that – so it’s doable.”

What’s the best part of Step Up Dubai?

“Just the little jokes and moments we have on stage together. It makes it so special. Just recently we lost one girl, she left to do another show. On the last day we were so upset, because you don’t realize how special the little moments are we have together.”

How do you fuel all that activity?

“I try to eat lightly but often so I’ll eat in the morning. Usually a bigger breakfast a big bowl of oats, peanut butter, some fruit, something with a lot of carbs, so I can sustain myself through the day. And then for the rest of the day I try to do a lot of protein, even at the canteen I’ll usually have some chicken, eggs if they have it. As far as carbs go, I try to stay low carb for the rest of the day, just a salad, some hummus, stuff like that, but nothing too starchy, heavy, like rice and potatoes is too much, because then I end up feeling sick in the show… You’re burning so many calories it’s almost hard to get all the food you need in a day.”

What do you do on your day off?

“Me and my fiance honestly love just going and eating a lot of food. Basically we just pick one place, there’s this Filipino seafood place [Dampa] down in Deira. It’s like all-you-can-eat seafood and rice, so usually we’ll go there or find something new and just spend the day relaxing. Because it’s the only day we’re not doing 20,000 steps. Texas to Brazil is our favorite, in Mall of the Emirates, again, anything that’s all-you-can-eat.”

How do you keep your immune system strong?

“That’s been hard, especially since there’s been colds going around. My big thing is echinacea tablets and vitamin C. So I do those two, when I start to feel it, and then I’ll keep it up the whole time I’m not feeling great. And then I like to do the steaming. Just with a steamer, so I’ll put some water and just some essential oils, peppermint or lemongrass, add it to steam. It’s really great, especially if we are feeling sick or under the weather, no matter how sick I’ve ever felt, if I can steam it’s usually okay.”

“I feel like that’s the hardest. I’ve been sick and injured doing the show. The hardest is when you are emotionally not there, for whatever reason, because obviously we do this six days a week, three times a day, so a lot has happened, emotionally. But I feel like what’s good about this show is it’s such a positive, happy show. Even if beforehand you’re not emotionally there, it will actually get you into a better mood. I think it’s great that so many kids are here, because even if you are in the worst mood, the show kind of kicks you out of it. You can’t really be in a bad mood while you are doing it, because you’ll see the kids and how excited they are.”

Sanderson’s at Al Seef in Abu Dhabi: Good, healthy food, without going on about it