Menu
Back in 2019, all eyes were on the UAE as it hosted the Special Olympics, provided a warm welcome to the world’s most vulnerable citizens and it sent a clear message to the country — and the rest of the world — about the importance of tolerance. But while people of determination (and in particular children with special needs), have been a focal point for the country’s rulers for the past few years, all that... 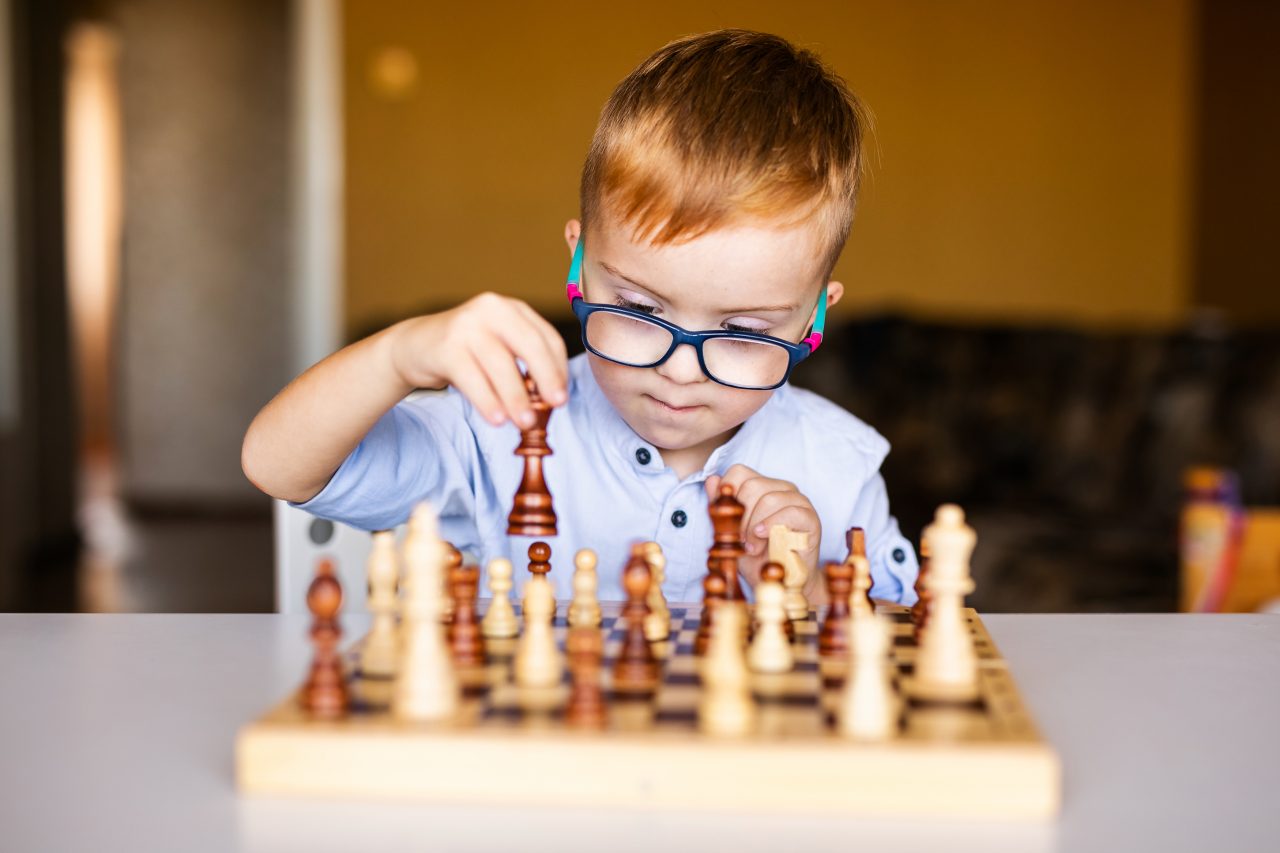 Back in 2019, all eyes were on the UAE as it hosted the Special Olympics, provided a warm welcome to the world’s most vulnerable citizens and it sent a clear message to the country — and the rest of the world — about the importance of tolerance.

But while people of determination (and in particular children with special needs), have been a focal point for the country’s rulers for the past few years, all that was put on hold in early 2020 when the Covid-19 pandemic sent most of the world, including the seven emirates, into lockdown.

The effect the pandemic has had on the UAE’s children of determination and their families can’t be understated, an impact that was addressed during inaugural WED (World Early Childhood Development) Forum organized by the Abu Dhabi Early Childhood Authority and held in the nation’s capital.

Experts and practitioners gathered to discuss how the virus has changed the way interaction and development is implemented for this young and diverse group.

“The pandemic brought out the best and the worst of humanity in terms of what is possible and what went wrong,” said Yahye Siyad, diversity and accessibility lead at Cyber-Duck and a former para-athlete. “One of the key lessons from the pandemic was isolation. All of us felt isolated, but children of determination — their parents and their carers — had felt this for several years. For example, the hurdle of not being able to access facilities, and it made people wonder what they can do about it and that in turn made us more empathetic, overall.”

While isolation was felt throughout the world, children of determination are among those who felt it the most. Heavily dependent on routine and consistency in their daily activities, they were hit hard by a lack of human contact caused by lockdowns. But although it was a challenging time, practitioners found that many families who needed help found the courage and strength to ask for it.

“The positive impact of the isolation is that people started to feel that it was okay not to be okay, and most importantly, they felt empowered to share it,” said Nipa Bhuptani, founder and director of the Applied & Behavioral Training Institute. “The pandemic brought about an acceptance of vulnerability and it taught us that services for children of determination are essential, and they are not an option or a choice.”

The experts also discussed how technology helped to bridge the gap to those who needed it most. With the digital world being such a large part of lockdown periods and being used in numerous ways to connect families, friends and schools, the crutch it offered for those with or without disabilities was invaluable and offered inclusivity like never before.

“Creating inclusion means creating connections between people, and initially when the pandemic first hit and we lost that physical proximity, we had to think of new ways to connect,” said Khawla Barley, head of initiatives at Special Olympics UAE. “We all had to face technology and embrace it. We were extremely fortunate in the UAE that the first mission of the country and of the education regulators was to connect everyone. And that was an incredible gift that we are still benefiting from today.”

“When we support our families and they come to us at the center, a session can take anything from one to four hours. Then we send them home and we can’t support them there. During the pandemic, Zoom calls allowed us to assist caregivers and give live coaching if they were struggling at home with the children. This is something that is so innovative and so sustainable, as it doesn’t cost as much, it doesn’t take as much time and parents are empowered, too.”

With extended periods of time stuck at home, technology in the form of tablets, TV and laptops became more than just sources of entertainment. Sharifa Yateem, moderator of the panel and founding president at Sharifa Yateem Center for Rehabilitation, said that she saw many kids using technology in the right way: for education instead of as a pacifier.

While older generations were getting to grips with how to use technology more effectively, youngsters were already well-skilled in how to make video calls, use apps and type. Siyad described how his two-year-old knew more about his iPad than he did. This meant he could steer her towards more educational learning.

Stephanie Hamilton said there were drawbacks and benefits to Covid’s lockdowns and homeschooling. In 2020 she took to Instagram to explain how hard Dubai’s restrictions on outdoor movement were on her-then 14-year-old daughter Ruby, who couldn’t understand why she couldn’t do her regular bike rides. However that post was followed by a call from Dubai Police offering to help, earning wider media attention for the problem — and possibly help for other parents and children in the same position. Even home schooling had silver linings.

“The positive of it was that it actually allowed me to see what she was doing in school and I had more transparency of what she was doing,” Hamilton explained. “Plus I also feel that her speech catapulted in a massive way, being at home in lockdown, because she was with us all the time, and we were constantly working on that. We also worked on a lot of life skills.”

The pandemic also taught people in the community how to show compassion and collaborate with others for the greater good.

“One of the first phone calls I received during lockdown was from an individual at New York University saying ‘we have to help, what can we do?’” Barley said. “They were willing to sit with us and give the resources they had. We provided the knowledge and resources we had, and they just figured it out. And now we have information that we are using today in our programs and is a success in schools. It’s a great example of how things start with you — this was one person from one organization who reached out to another person in an institution, and we now have learnings that are used in almost 500 schools in the UAE.”

Sharing resources and putting ownership on the back seat is a great way to show how collaborations can happen, creating compassion within the community, along with acceptance, and awareness to help each other. And it’s something that stakeholders can learn from.

“I’ve seen initiatives from the Ministry of Education to distribute laptops to those families who couldn’t afford them when the pandemic started,” said Siyad. “And that gave many the opportunity to connect and to be exposed to other’s challenges.”

The importance of reaching out when isolated and learning how to be resilient when sudden changes occur are attributes that as a community we’ve had to understand swiftly. How we impart this knowledge to the younger generation, how we fill the gaps and make sustainable programs that can be filtered down to the community, and how we ensure the right support is in place for the community, are emerging focal points.

Statistics from the February 2022 Special Olympics survey of the MENA Region revealed that more than half (56 percent) of children with disabilities had difficulty accessing or attending school since the start of the pandemic. During this time, weight gain and cardiovascular health problems have also surged, because at least 47 percent didn’t get as much physical activity or exercise. But the alarming statistic from the report is that 70 percent of kids had difficulty meeting friends, and for those children who had worked hard to develop the skills needed to interact in the social arena, it became a massive blow, both to them and the wider community.

“Covid-19 has been an absolute vicious decimator of the lives of people of determination,” said Dr Timothy Shriver, chairman at Special Olympics, who reflected on the systematic responses to the impact of the pandemic on children of determination in his own speech at the WED Forum. “These children have somewhere between four to 10 times higher mortality rate. And with an absence of access to school, and remote learning almost irrelevant for those with development challenges, they fell further behind.”

So, how do we take the learnings from a global pandemic, which has had both a detrimental effect but has opened opportunities for people of determination, and use them to improve the life of those most vulnerable?

“Our job today is to get organized around the needs of our children,” said Shriver. “Our view at the Special Olympics movement is that the possible begins at the beginning. Children depend on us for this extended period of time. There is a deep, deep dependence that allows them to shape and mold their brains to the needs their parents and communities give them. And it’s all driven by the desire to connect. So, this capacity means we have this enormous chance to shift the trajectory of a child’s development.”

'What I'm doing differently this Ramadan'

Cool things for your Ramadan must-list